Garrett Bailey suffered "horrific" injuries Saturday while working with a crane at the Bath shipyard, and was initially listed in critical condition. 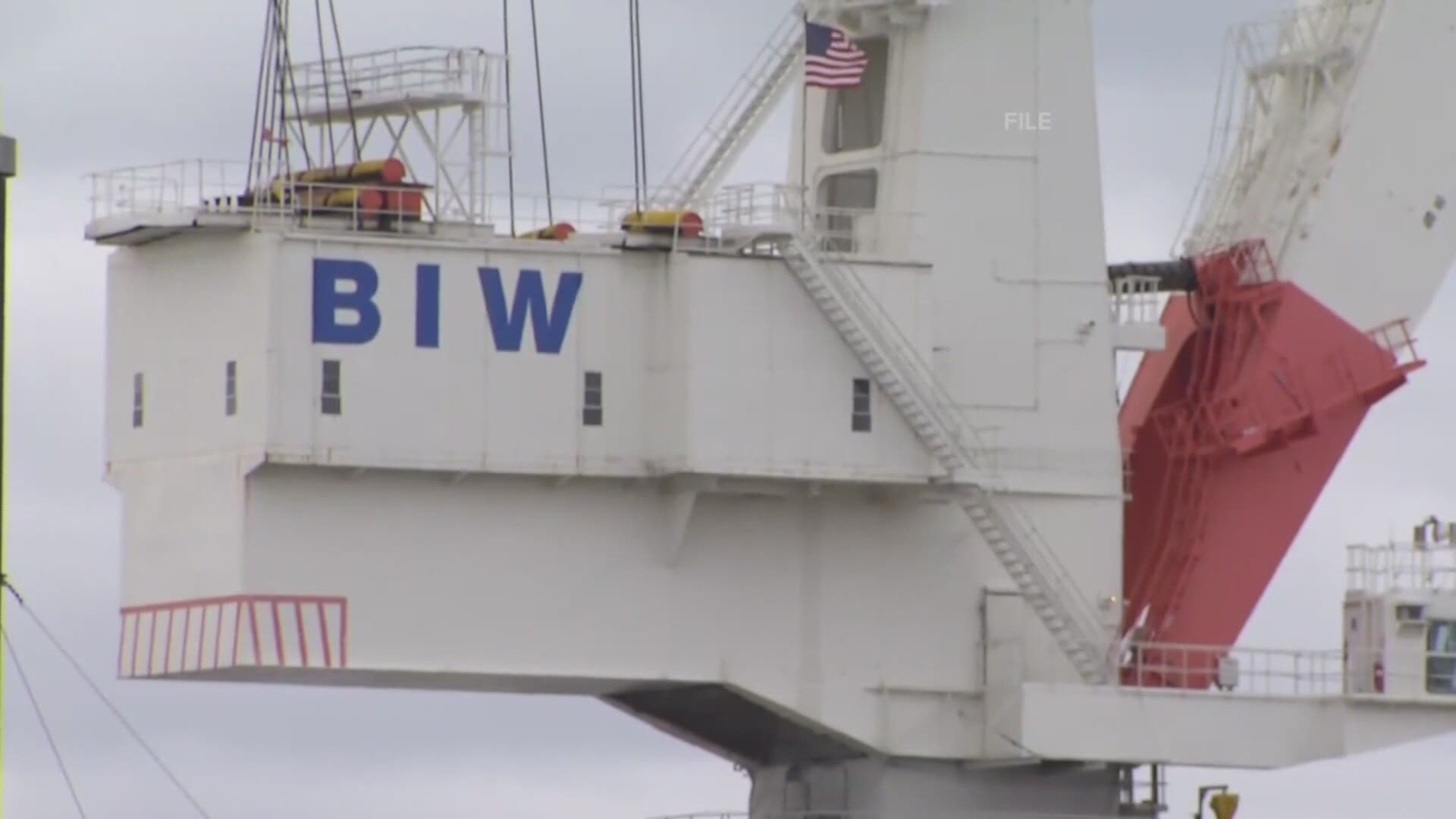 Meanwhile, Bailey's union, Local S6 of the Machinists' Union, raised more than $33,000 during collections at the BIW gates at shift changes Thursday, and an online fundraiser organized by the union had raised $24,1995 as of 4 p.m. Friday.

"His injuries are some of the most severe Local Lodge S6 has ever encountered," the union said.

A critical incident response team from the International Association of Machinists and Aerospace Workers, which includes Local S6, was at the shipyard Monday and Tuesday working with witnesses to the accident and others involved.

"Understanding the facts and circumstances that led to this unfortunate accident is critical so we can learn from them and ensure that something like this never happens again," the statement concluded.

On Wednesday, BIW shared a Facebook update from Bailey's mother in which she wrote, "He was sitting on the side of the bed and doing physical therapy."

Donations by employees at the BIW gates during shift changes on Thursday raised $33,386, Local S6 said Friday, adding that Bailey is "already making remarkable strides in his recovery."

As of 4 p.m. Friday, an online fundraiser also organized by L6 had raised an additional $24,195 for Bailey and his family, bringing that total to more than $50,000.

Friday afternoon, BIW spokesman David Hench said in a statement, "[W]e are encouraged by Garrett’s recuperation and continue to wish the best for him and his family during this challenging time."