Matthew Hanna said he saw fish swimming in the ocean from his Phippsburg cottage, but would never have imagined the video he'd capture. 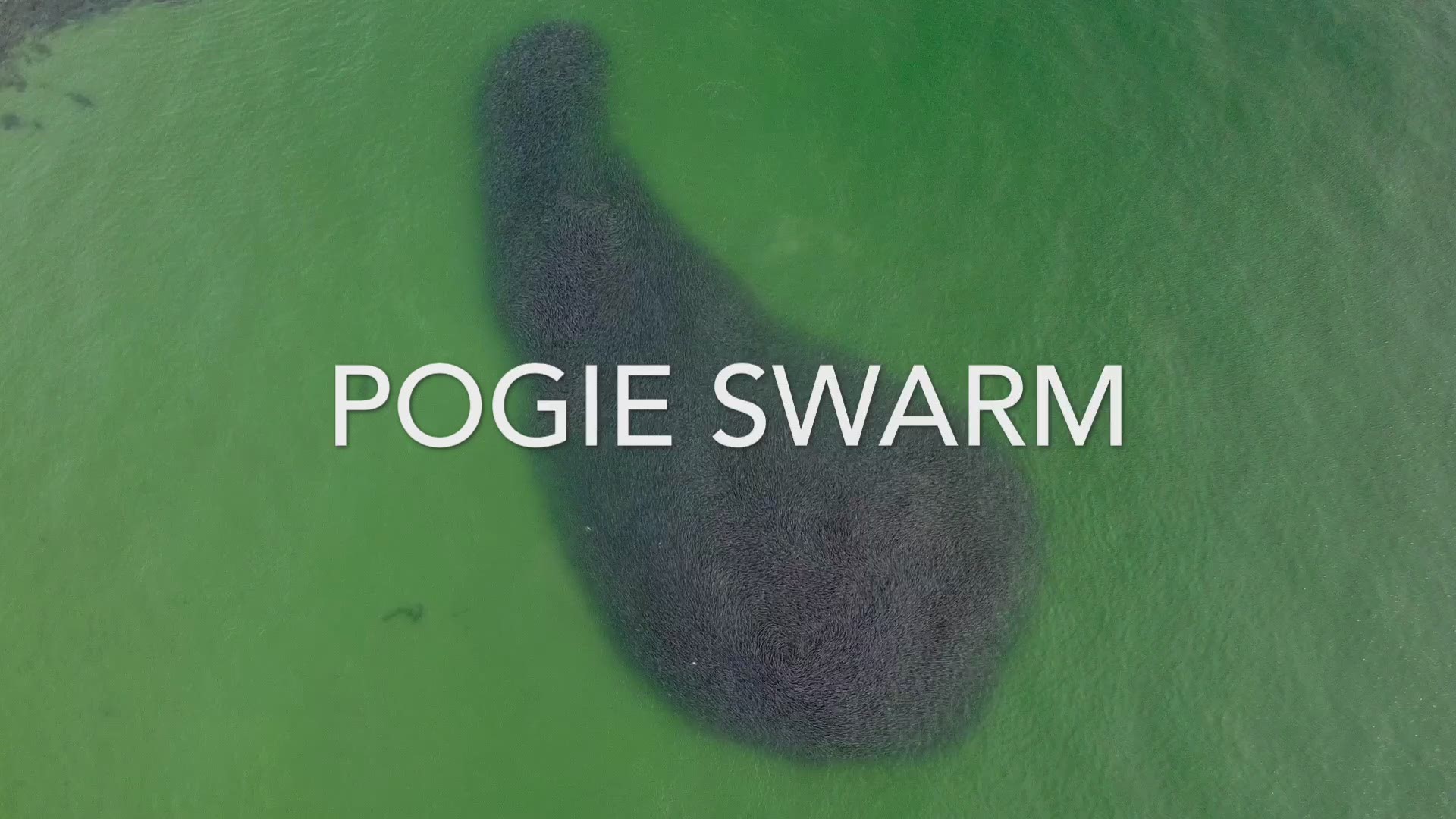 PHIPPSBURG, Maine — Matt Hanna and his family see fish "spouting up" in the ocean off his Small Point cottage so often that they call it the Bellagio, referring to a large fountain at the famous Las Vegas hotel.

When he saw the familiar splashing on Sunday evening, Hanna -- an internal medicine physician by profession and avid photographer in his "spare" time -- sent his drone up off the point of the Phippsburg peninsula.

"You kind of know what's going on out there," he said. "When you're fishing, you get excited because it could be striped bass."

Sometimes, the fish look like a reef, he said -- "but then you see the reef is moving."

But what the drone captured on Sunday, he said, made his jaw drop.

"My son was next to me, and his jaw dropped too," Hanna said.

The one-and-a-half minute video shows hundreds of thousands of pogies -- smallish, silver fish officially called menhaden and frequently used as bait -- swarming as if one while three seals toy with, and feast on, the fish.

"It's like a lava lamp," he said, describing the shifting shapes the fish take as the seals corral them.

A photographer since college, Hanna wanted a drone for years but only bought one in December when the price dropped.

"I sent the drone up not knowing exactly what I would get," he said. "The clarity and depth of field are way beyond what I thought I was going to get."

Hanna said he's since searched the internet for similar video of fish, but hasn't seen much. He's hoping his video might catch the attention of National Geographic or another national outlet.

RELATED: Pogies approved to be harvested for lobster bait