Pat Hogan told NEWS CENTER Maine he worked at Mathew's Pub in Portland for about six weeks. During that time, he said members of the Proud Boys held meetings 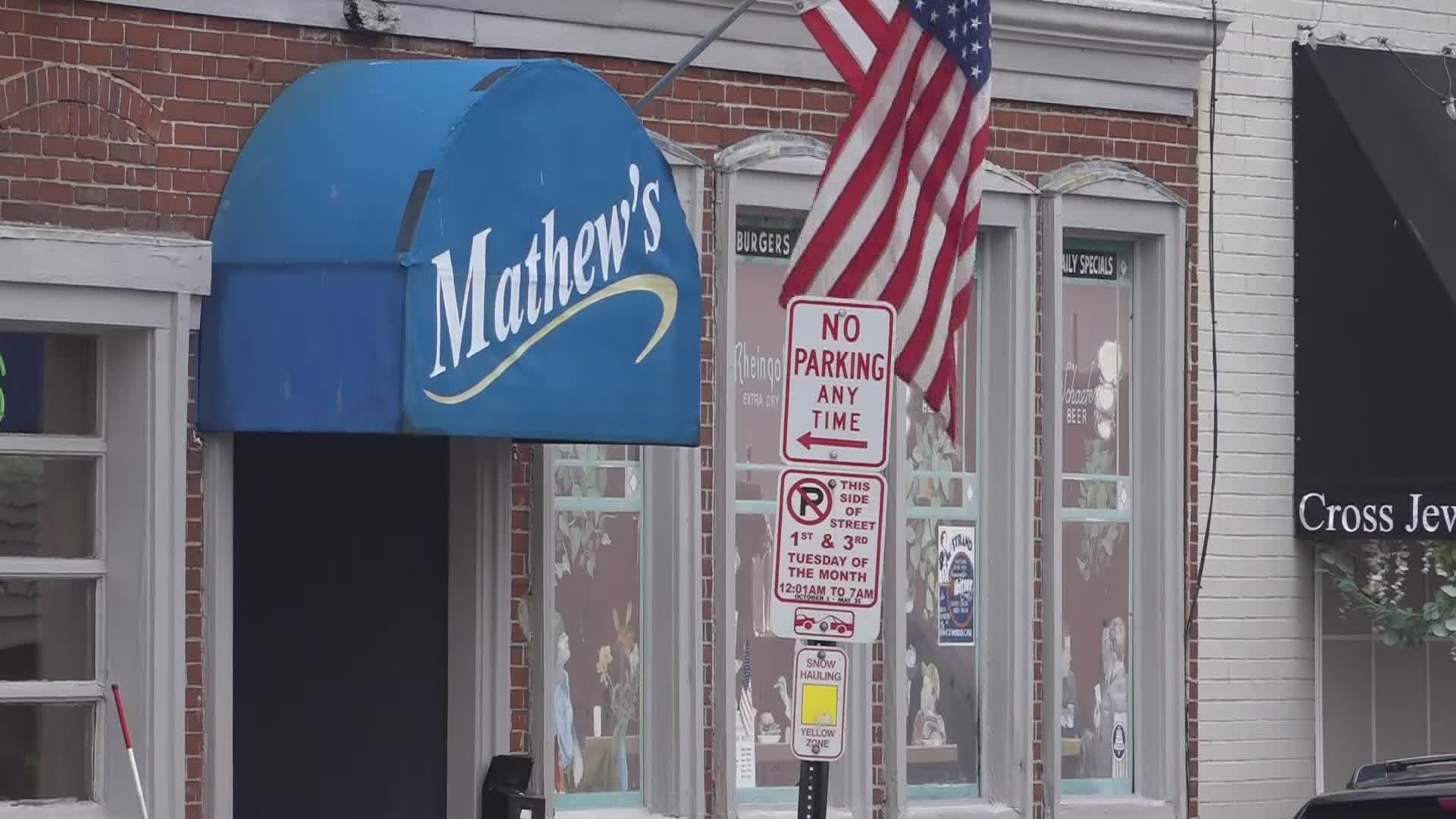 PORTLAND, Maine — The Proud Boys hate group was established in 2016 during the presidential election between former President Donald Trump and Hillary Clinton, but many people didn't hear of the Proud Boys until the January 6 Capitol riots.

The group describes its membership as "Western chauvinists" who are aimed at spreading "anti-political correctness" and "anti-white guilt."

The Southern Poverty Law Center tracks hate groups in the U.S. and lists three groups in Maine, but none of them are considered Proud Boys.

A man who worked as a bartender in Portland tells NEWS CENTER Maine that members of the Proud Boys gathered regularly at the bar he worked at, and after speaking up about it, he was fired.

Pat Hogan worked at Mathew’s pub for about six weeks. During that time, he says members of the ‘Proud Boys’ came in once a month for ‘meetings’ he says he was let go after speaking up about the group #NEWSCENTERmaine pic.twitter.com/yj1lzRXse5

"I started putting things together and I said to myself, 'Those fellas are the Proud Boys,'" Pat Hogan said.

Hogan said he and the owner of Mathew's Pub talked about these meetings several times over the six weeks he worked there.

"I really do believe that until I started saying some things that he had no idea who they were," Hogan said.

This past Saturday, Hogan said the group came in a second time and this time, he wasn't very polite to them. Hogan added that he told them he would serve them but he didn't like what they stood for. The next morning, Hogan says he was fired from his bartending job, which he says he was surprised about.

The Southern Poverty Law Center, which has been tracking hate groups in America for decades, has identified three hate groups in Maine: New Albion in Jackman, the Colchester Collection in Machias, and the Patriot Front, which is statewide. All three groups are considered White Nationalist organizations.

Cassie Miller, an analyst at Southern Poverty Law Center, defined a "hate group" as, "An organization that based on its statements or principals has beliefs or practices that attack or malign an entire group of people.

She added there's been a steady rise in the number of hate groups being formed over the last five years, except between 2019 and 2020, when there was an 11-percent decrease.

Mill said the decrease might seem strange, "since it was a very active year for the far-right in 2020."

Miller went on to say that decrease is partially because many people are participating in hate groups online now and many of their beliefs are considered more mainstream now so people don't necessarily need to go to a hate group to seek them out.

But Miller said that's not to say that hate groups are not seeking each other out in person. She pointed to the January 6 Capitol riot, where dozens of Proud Boys members were arrested for their involvement in the insurrection.

Here in Portland, Hogan told NEWS CENTER Maine he doesn't think the owner of Mathew's pub associates with the Proud Boys, and even said he's a great guy.

"[He's] not political," Hogan said of the owner.

The Portland Police Department tells NEWS CENTER Maine they have not had any calls about Mathew's regarding Proud Boy activity. 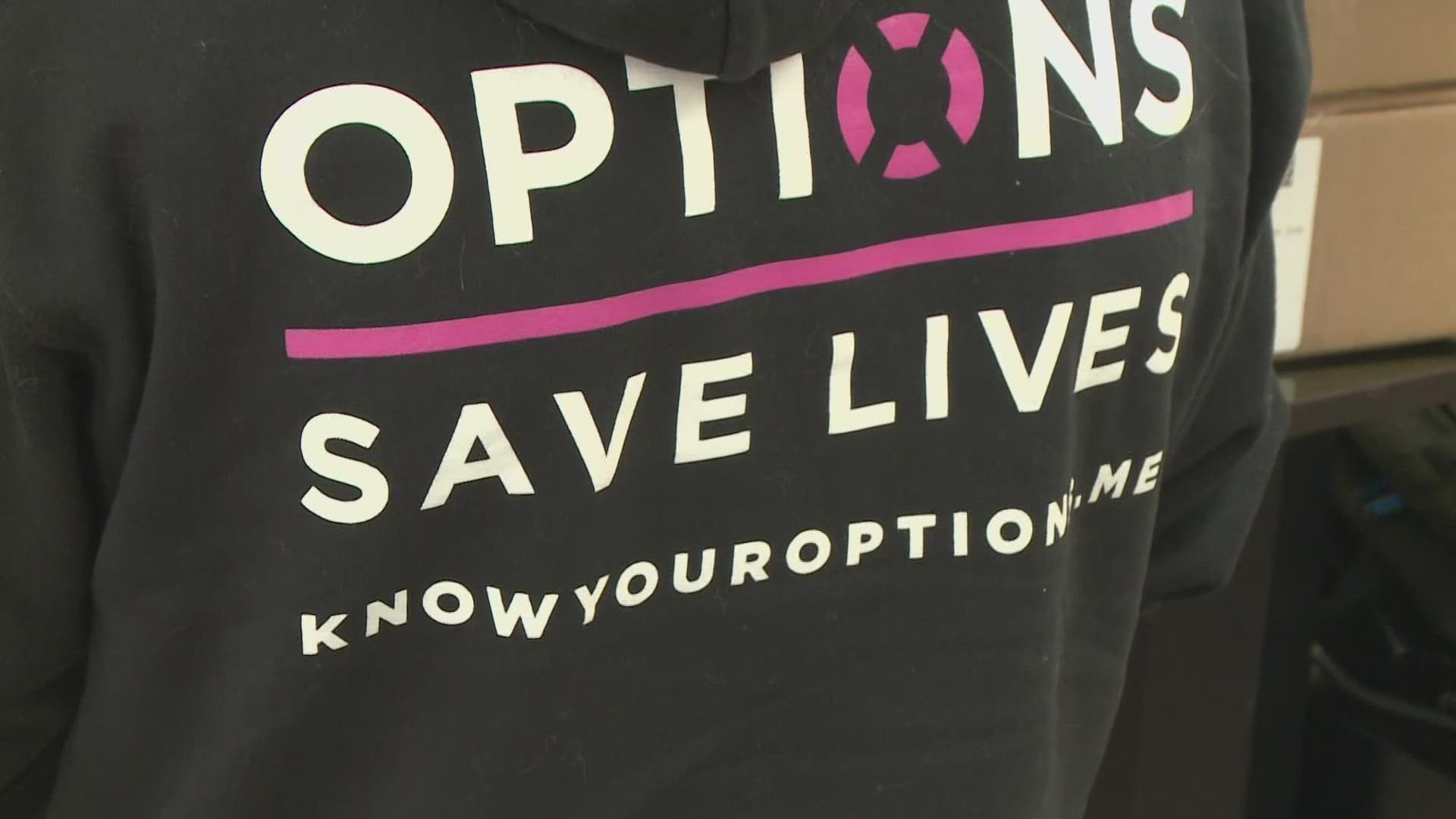