Barn in Falmouth believed to be struck by lightning 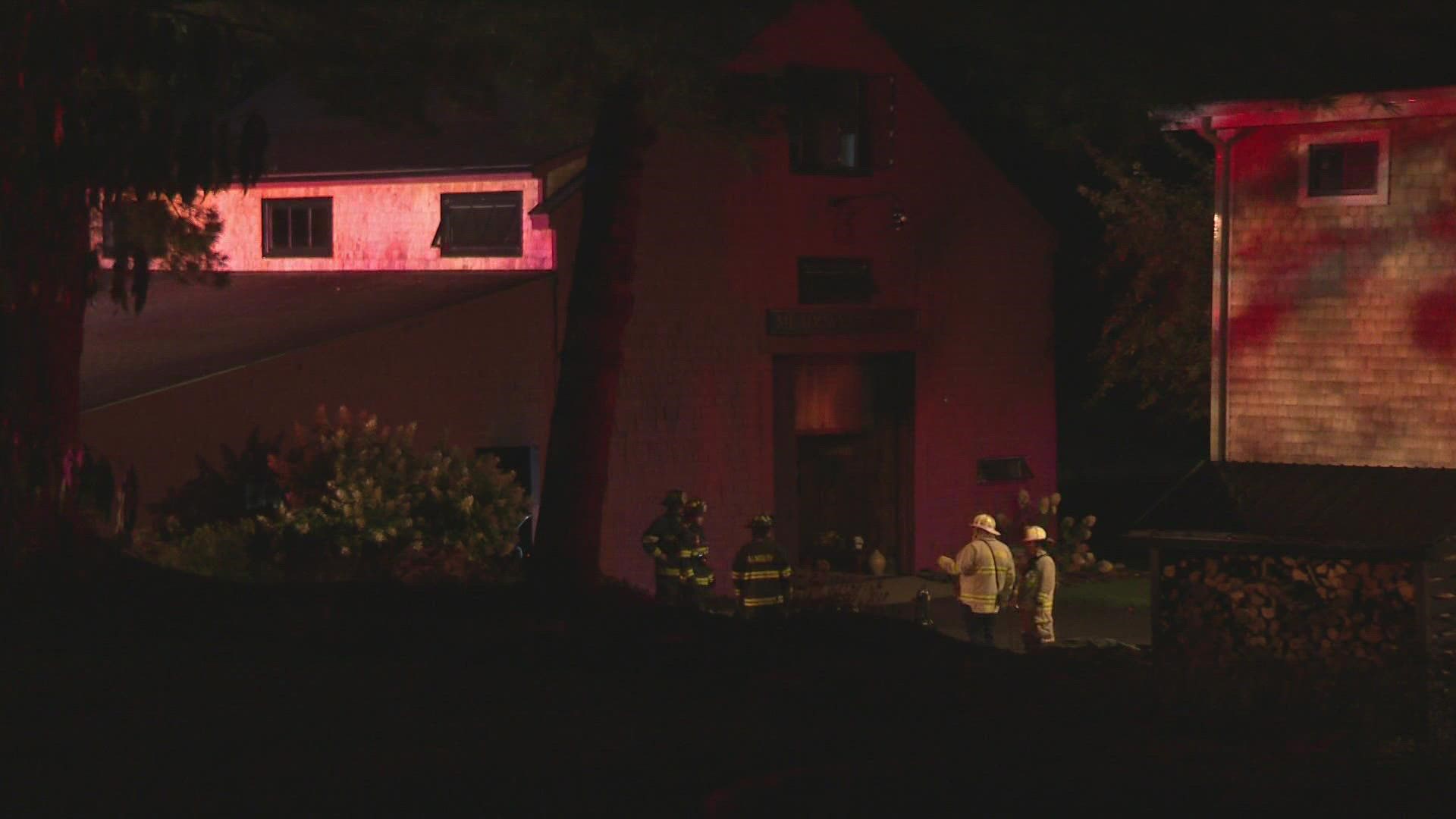 According to Chief Howard Rice Jr., a barn located at 3 Country Lane in Falmouth was struck by lightning as storms rolled in.

"We believe we have a lightning strike that hit the top of the barn, traveled and caught the barn on fire," said Chief Rice Jr.

Fire officials say there was one person inside the barn at the time, however that person is uninjured. The barn is recently refinished and has an upstairs apartment. Rice Jr. says there is minor smoke damage to the apartment, however much of the damage was contained to a garage area on the first floor.

#BREAKING Firefighters have been working to put out a barn fire here on Country Lane in Falmouth. Falmouth’s Fire Chief tells me he believes a lightning strike caused the fire. No injuries reported, but there is significant damage to the building @newscentermaine pic.twitter.com/vCSK968GKn

"We were able to get a couple of lines on the fire right away and knock it down, and keep it from getting into the apartments. So right now, looks like most of the damage was in the garage area of the barn," said Rice Jr.

Rice Jr. says a few firefighters on his crew live nearby and heard a loud bang and came over the area and saw flames coming from the barn.

Crews are expected to be back in the daylight to investigate and confirm if it was truly a lightning strike that caused the fire Wednesday evening in Falmouth.