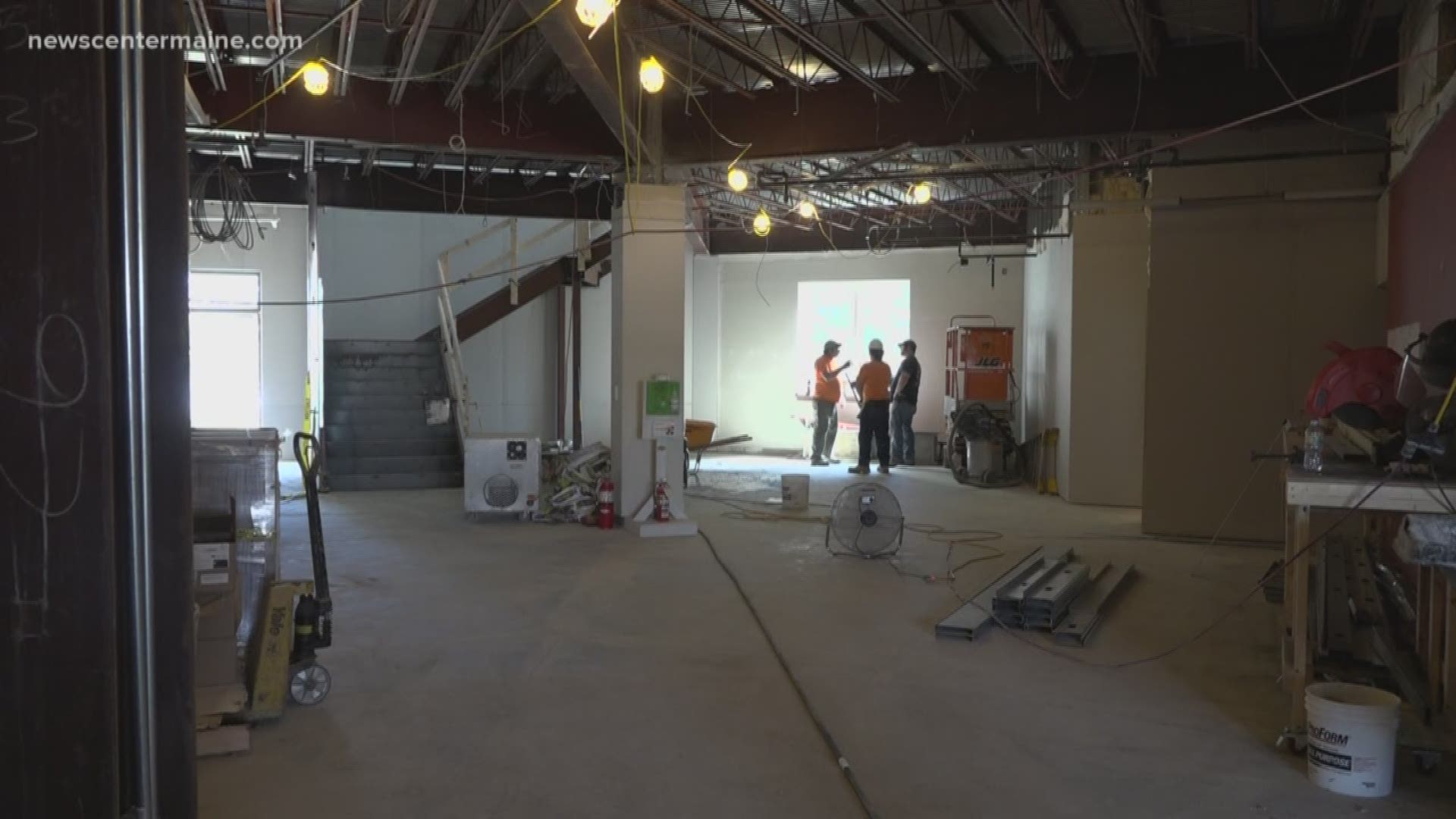 BANGOR, Maine — In November 2018, construction began on the former Verizon call center on Union Street. In the fall, it will be a health care office for children's physical and mental health needs. There will also be speech and audiology resources. This will be the newest office in the Penobscot Community Health Care Family.

PCHC is a community health care facility and has resources to care for people whether they can afford care or not.

The organization also asks the community for feedback and what PCHC officials learned is the greater Bangor community wants mental health resources, specifically for children.

"We just don't have the services available, the opportunity for them to be seen and the man power," said Karen Gardner, a licensed clinical social worker. "I think it's a hard world to live in. I think it's hard to be a kid. It's not like it was when I was a kid."

Gardner says this comes a lot from social media and other outside pressure.

"The hardest part of being a kid is meeting their own individual exceptions of themselves that they feel have been set. Somebody set a parameter somewhere and I don't know who that someone is but for a lot of the kids they're very hard on themselves and they're their own worst enemy," she said.

Mental health isn't the only resource that will be benefited in this new building.

Pediatricians at PCHC work with foster families. Every foster child in the greater Bangor is evaluated both physically and mentally before being placed with their foster parents.

"We do see every child that comes into care even if we're not their primary care doctor," said Dr. Adrienne Carmack.

Carmack says there are more foster children than ever before: "All throughout the state we're seeing an increase in the number of kids coming into foster care and it's not just in Maine it's actually nationwide."

Not only do doctors like Carmack work with foster children, but they work with babies who are born addicted to drugs.

A program created about five years ago allows babies born at Northern Light Eastern Maine Medical Center who have been exposed to opioids or other drugs to wean off the drug slower in an outpatient clinic instead of all at once in the hospital.

Carmack says it has been positive for those children because they are able to go home with their parents or foster parents and begin bonding sooner.

While employees at PCHC are doing their best to give great care to the community now, they all agree more space and updated facilities will help them do an even better job and help more children.

The new facility is set to open in October.