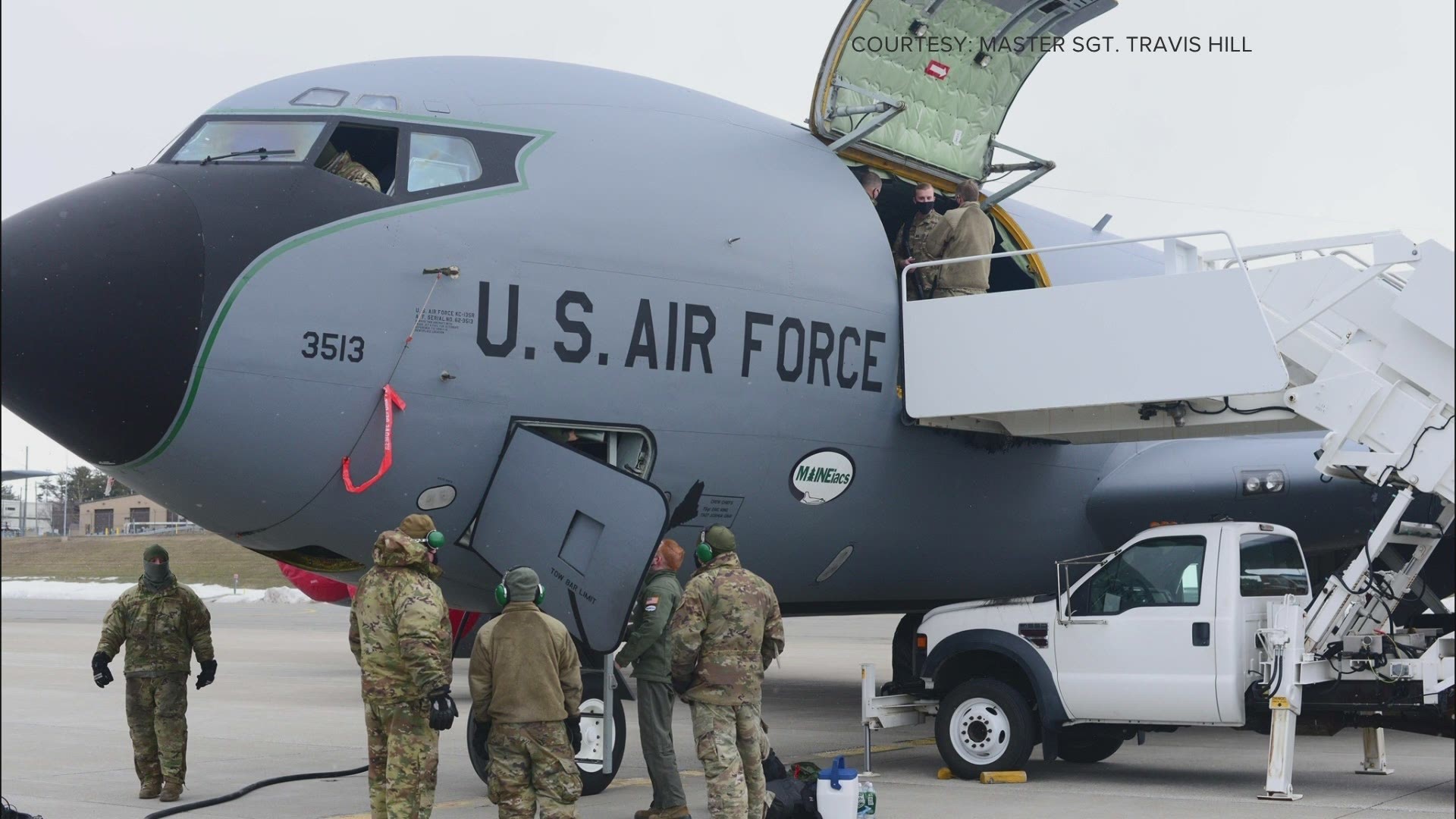 BANGOR, Maine — After seven weeks away from home, Maine National Guard members are back from their mission in our nation's capital.

"Maine's soldiers represented their state well, working diligently around the clock, providing roving and static patrols around the Capitol," Capt. Garrett Clark said in a release.

Around 25,000 National Guard members from all across the U.S. traveled to Washington for the week of Joe Biden's inauguration in wake of the Jan. 6 insurrection at the U.S. Capitol. Around 200 of those guardsmen were Maine soldiers. A majority of that original group returned to Maine on Jan. 26.

Clark explained in a release that the 76 soldiers joined 20-plus states "on this unprecedented mission, and they are eager to return to their families and friends."

The second group of soldiers flew home on Sunday.

"We're immensely grateful not only to our soldiers but to their families and employers as well," said Maj. Gen. Douglas Farnham, Maine's adjutant general. "Between supporting the COVID response here at home, assisting in Washington D.C., and deploying soldiers and airmen overseas, our men and women are hard at work."

According to The Washington Post, several thousand soldiers will remain in Washington "for days or weeks." Last week, Defense Secretary Lloyd Austin approved a request from Capitol Police to extend the deployment of nearly 2,300 National Guard members for two months "because possible threats of violence remain," the Post reported.