Bangor will soon accept bids for the development of a solar project. The City Council concluded its feasibility report, which potential costs savings of roughly $4 million over multiple decades 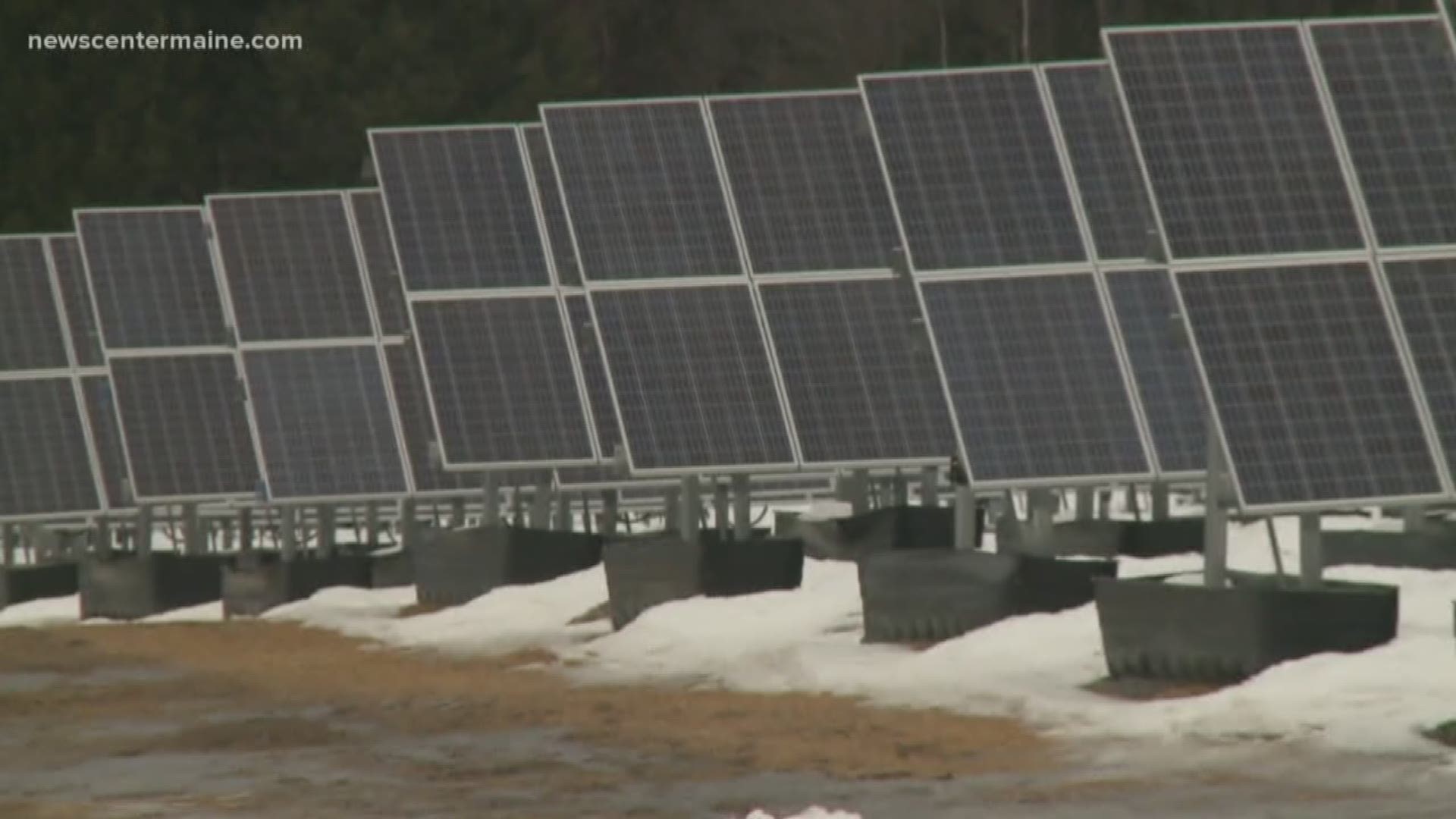 BANGOR, Maine — Renewable energy may soon be making its way to Bangor. The City Council just concluded a feasibility report for a potential large scale solar array in the city. It is estimated that there could be roughly $4 million in savings.

"This provides the opportunity for us, while making an upfront investment, to long term realize significant cost saving of potentially $4 million over multiple decades," said Bangor Director of Community and Economic Development Tanya Emery.

The City Council worked with Maine based solar company ReVision Energy on the feasibility study. Emery believes after studying the report, that the city would likely seek to build a large scale standalone solar array. One possible location is on Main Ave, near the Bangor airport. Emery says it was previously operated by Bangor Gas Co, and is currently vacant, city owned land.

Emery added the land also already has some of the infrastructure needed to create a solar array already installed.

ReVision Energy, also worked with South Portland to create their solar array in 2017. ReVision installed 3000 solar panels in the city.

Coupe sees the benefit that going solar can have on municipalities across the state. "You can drastically reduce your energy costs, while also significantly cutting the carbon pollution that's coming from city operations," said Coupe.

Bangor City Council still has not decided if they will implement a solar array project. The council will likely decide after more reports are conducted, if the cost of building the array will meet their return on investment.

Emery was not able to give a possible cost for the project at this point. That figure is still being determined.