Following the recent death of a Bald Eagle, a bird hospital in Freedom is raising awareness about lead poisoning and how it can be avoided. 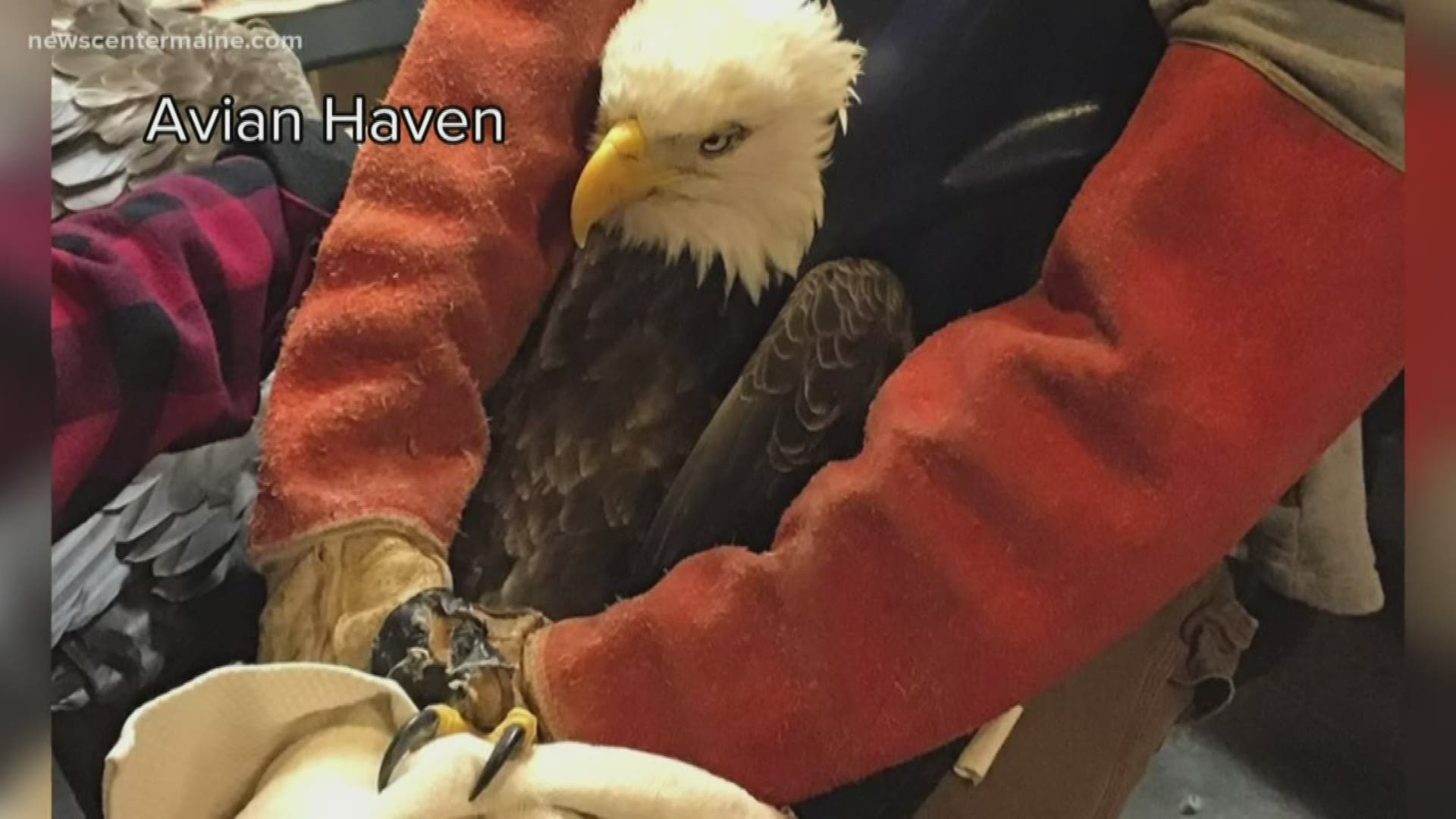 FREEDOM, Maine — Avian Haven, a hospital for wild birds and turtles located in Freedom, has admitted yet another Bald Eagle suffering from lead poisoning.

According to a Facebook post, the eagle was found on the ground in North Chester on Jan. 10.

Hospital blood tests showed the bird's blood lead level is off the scale of their screening instrument. They have started chelation therapy, but the chances of survival are slim.

The eagle is wearing bands that identify her as having been banded as a nestling in 2012. This is the fourth Bald Eagle with lead poisoning admitted in 2020.

Avian Haven reported the death of a Bald Eagle that was admitted Thursday, Jan. 2.

The bird was discovered lying down on the ice at North Pond in the Rome/Smithfield area. It was later determined the eagle had an advanced case of lead poisoning. Shortly after, another eagle with similar conditions and elevated blood lead levels was admitted to Avian Haven.

“We try to avoid sharing the more heartbreaking stories that pass through our clinic, and there are many. But we feel compelled to continue sharing these cases of lead poisoning in Bald Eagles because this problem is preventable,” the Facebook post reads.

“We see it quite often,” Winn said. “about two-thirds of adult eagles we see have elevated blood lead levels.”

It takes only a small amount of lead to impair or even kill an eagle, according to Winn. Lead ingestion in an eagle can either be acutely fatal or can impair coordination and stamina, which can lead to flying impairment and other injuries.

Winn said a couple of things can be done: hunters could switch to copper or non-lead ammo or, to be very sure, they could stop leaving contaminated game in the field.

The Facebook post says, “Making lead ammo illegal is a long way off in the State of Maine, but one thing that could be done fairly quickly is to regulate the proper disposal of the potentially toxic remains of all game killed with lead ammo – carcasses, gut piles, waste meat from game butchers, some of which is used as coyote bait. If this meat could be kept out of the field, the problem for eagles would pretty much disappear.”

“This is not anything against hunting,” Winn said. “The concern is about the material used.”