Carson Biron was born with Cardiomyophathy, a disease that makes it hard for the heart to deliver blood. He underwent a heart transplant in April. 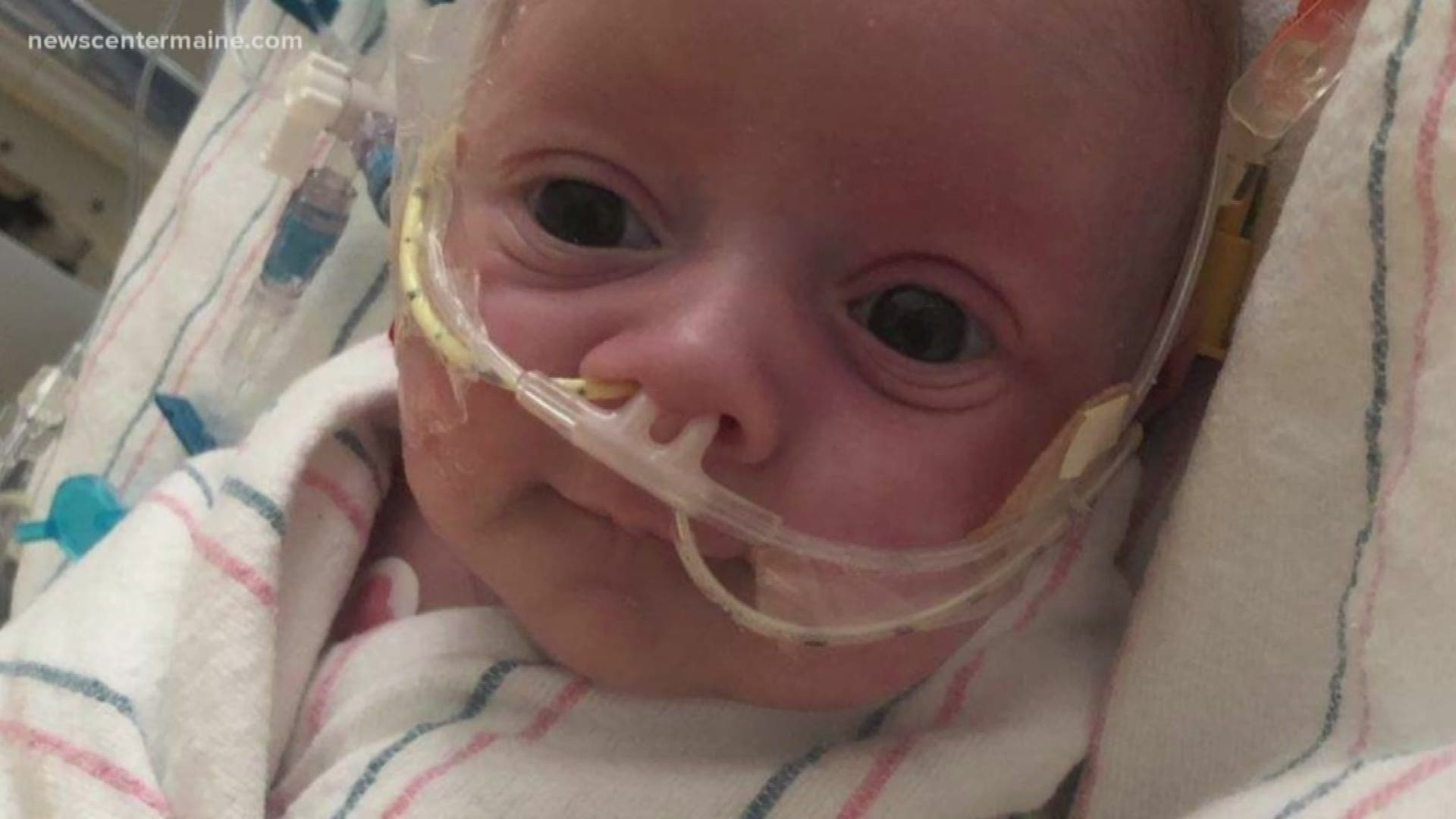 GREENE, Maine — Maine's community is rallying around the family of a three-month-old baby boy from Greene who received a new heart a month ago.

Carson Biron has been recovering well since undergoing the operation at Children's Hospital in Boston. He was born with a rare heart disease called Cardiomyophathy, which makes it hard for the heart to deliver blood.

Carson Biron has battled infections, adjusted to anti-rejection drugs, and is slowly weaning off a respirator and pain killers. It's one day at a time for a baby who received a new heart just four weeks ago.

During a conversation with NEWS CENTER Maine from the intensive care unit at the Boston Children's Hospital, Rebecca Biron called Carson her 'little fighter'.

"He is a feisty little bugger. Seeing those big gorgeous eyes of his when they are open -- he is so alert. He definitely wants to be here," said Sheri Webster  Audet, Carson's grandmother.

Carson was put on the list for a transplant four weeks after he was born. Then, the right side of his heart collapsed.

"He ended up being on the Ecmo machine -- it does the work for the heart and the lungs to oxygenate the body," said Rebecca.

Four weeks later, doctors got the call that there was a heart available. Tears were shed for the family of a baby who died so Carson could live. Carson's parents know that pain all too well.

"We are very grateful, but at the same time, my heart aches for the other family. I understand what they go through and what a difficult decision it is to make," said Rebecca.

Cardiomyopathy took the life of Carson's brother, Damien, but at the time, his parents weren't aware of the condition, which is often hereditary. Less than 12 hours later, Rebecca got a call that the valves in Damien's heart were a perfect match for another sick baby.

Friends have started a GoFundMe page to help the family with a mountain of medical expenses -- including expensive anti-rejection drugs that Carson will have to be on for the rest of his life.

Carson's older brother, Dominic, who does not have the heart condition, is hoping that his brother will able to come home later this summer.