The elvers were worth more than $2,090 per pound this year according to preliminary state data, the Maine Department of Marine Resources said. 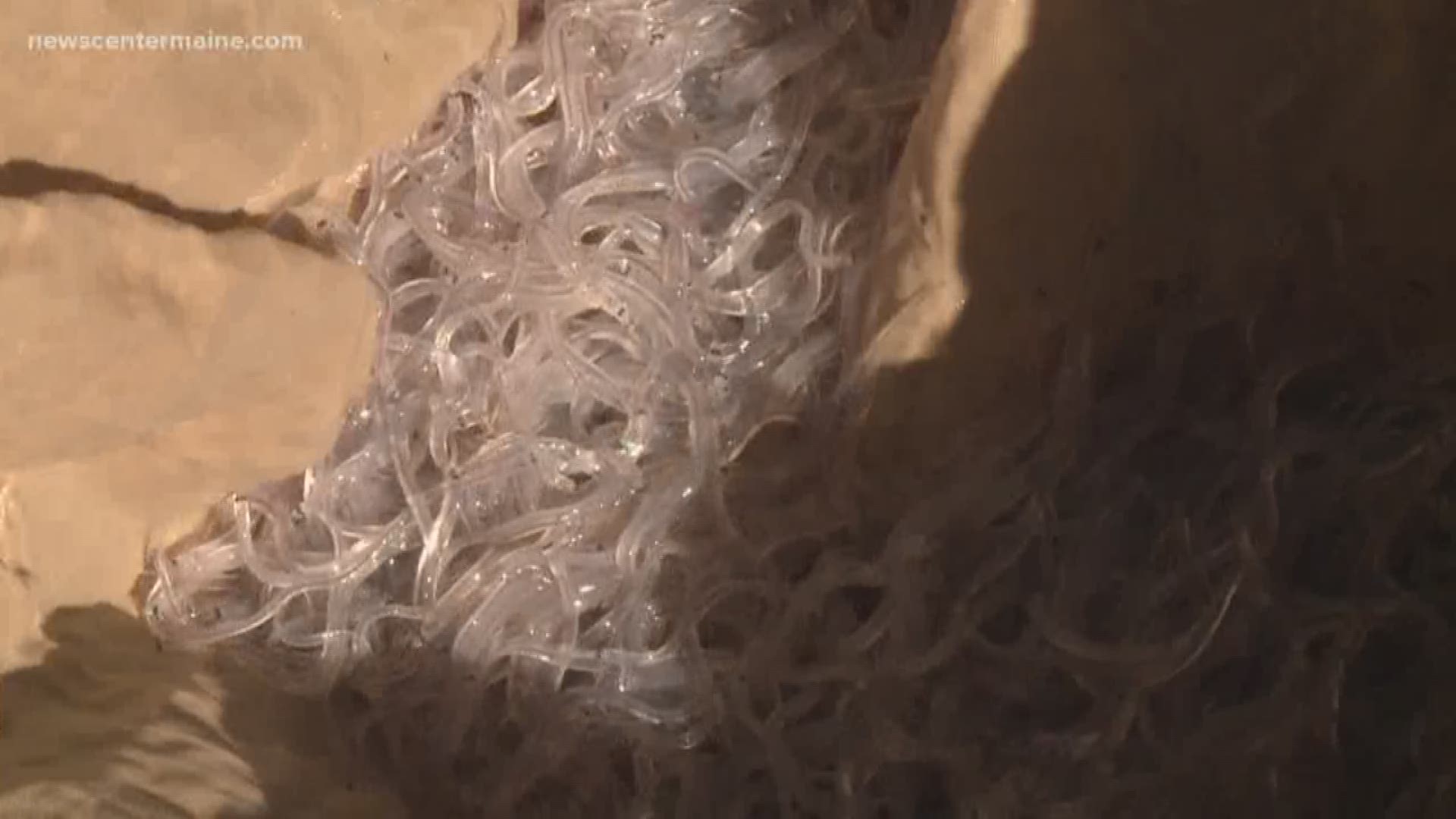 PORTLAND, Maine — Fishermen of baby eels in Maine came close to topping a record for the value of the tiny fish this year.

Maine has the only significant fishery for baby eels, which are also called elvers, in the U.S., and the fishing season ended on Friday. The elvers were worth more than $2,090 per pound this year according to preliminary state data, the Maine Department of Marine Resources said.

The figure is the third highest on record. Fishermen set a record high last year with a price of $2,366 per pound. The amount of eels caught this year was close to the annual quota of a little less than 10,000 pounds, according to the preliminary figures.

The eels are worth so much money because they are used as seed stock by Asian aquaculture companies that raise them to maturity for food use. Worldwide availability of the baby eels has declined in recent history, and that has pushed up the value of Maine's eels.

They are eventually used all over the world in eel dishes such as kabayaki, which is a skewered fillet of eel that is popular in restaurants in Japan and elsewhere, including the U.S.

"The prices have been good all season. There weren't any dramatic swings," said Mitchell Feigenbaum, who owns Maine Eel Trade and Aquaculture in Waldoboro. "It has been a good season."

The elver season begins in March and ends either in early June or when the quota is tapped out. Last year's season was ended early because of the discovery of the illegal sales. Maine regulators then applied new controls this year to crack down on poaching.

The fishery topped $20 million in total value at the docks for only the second time since interstate regulators trimmed Maine's quota to its current level. The only other state where commercial elver fishing is allowed is South Carolina, and that state's fishery is much smaller than Maine's.