Theresa Roy, 79, was impaled when a falling pine tree struck the vehicle she was riding in 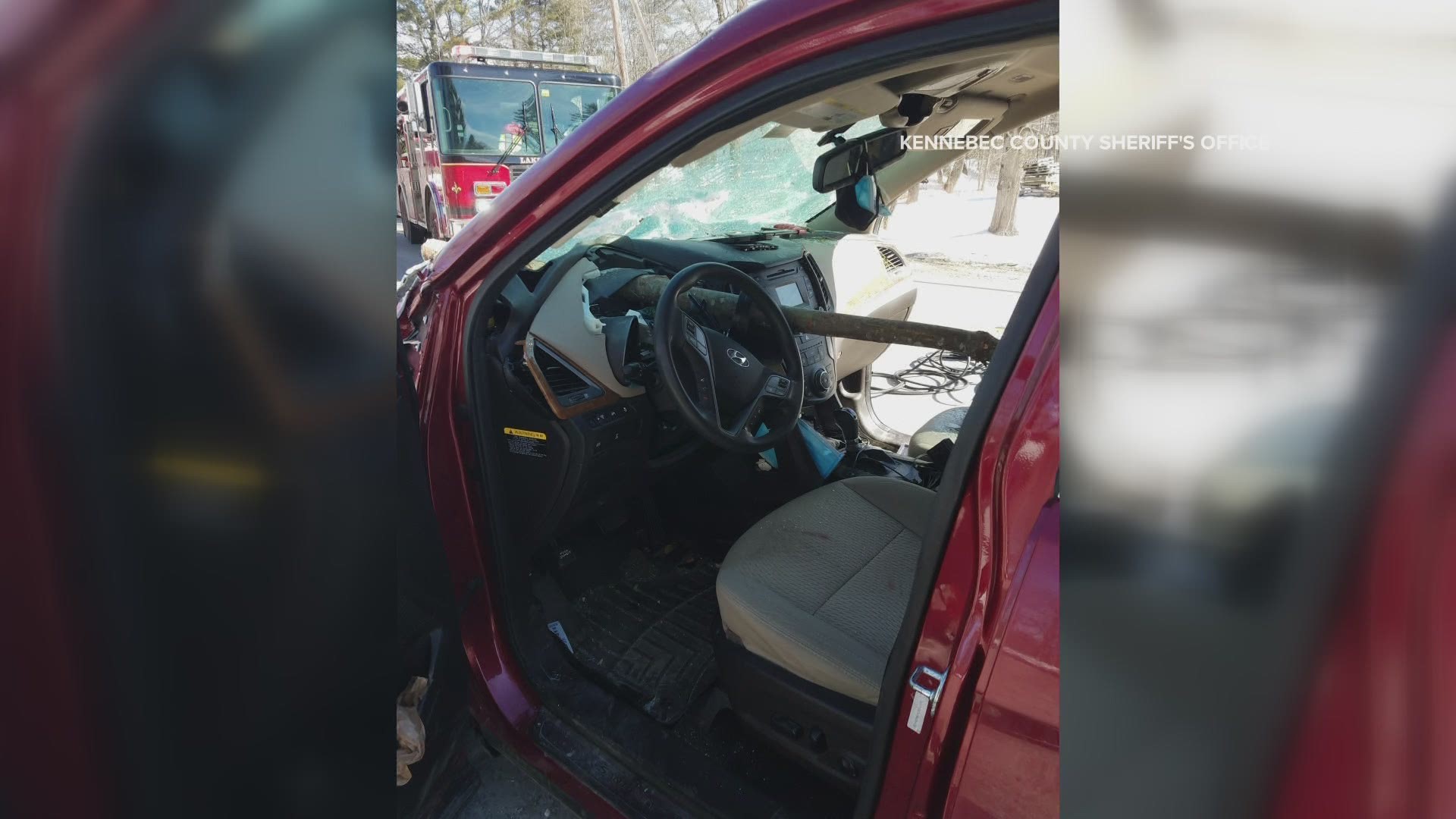 PORTLAND, Maine — A Maine passenger who was impaled when a falling pine tree struck the SUV she was riding in suffered seven broken ribs but she’s getting better day by day.

Theresa Roy's husband David Roy told NEWS CENTER Maine Monday that Thressa was able to open her eyes for the first time since the biazzre accident last Tuesday. In addition to her ribs, David said she also had two bones that broke through her arms. She is currently at Maine General Hospital.

Sidney Fire and Rescue used the jaws of life to reach her and then cut the tree limb with a hand saw so she could be taken to MaineGeneral hospital in Augusta.

She was initially listed in critical condition but on Friday was listed in fair condition.