At least one fire fighter was hospitalized. Roughly 15 towns fought the blaze at the Huhtamaki mill building for four hours in 15-degree weather. 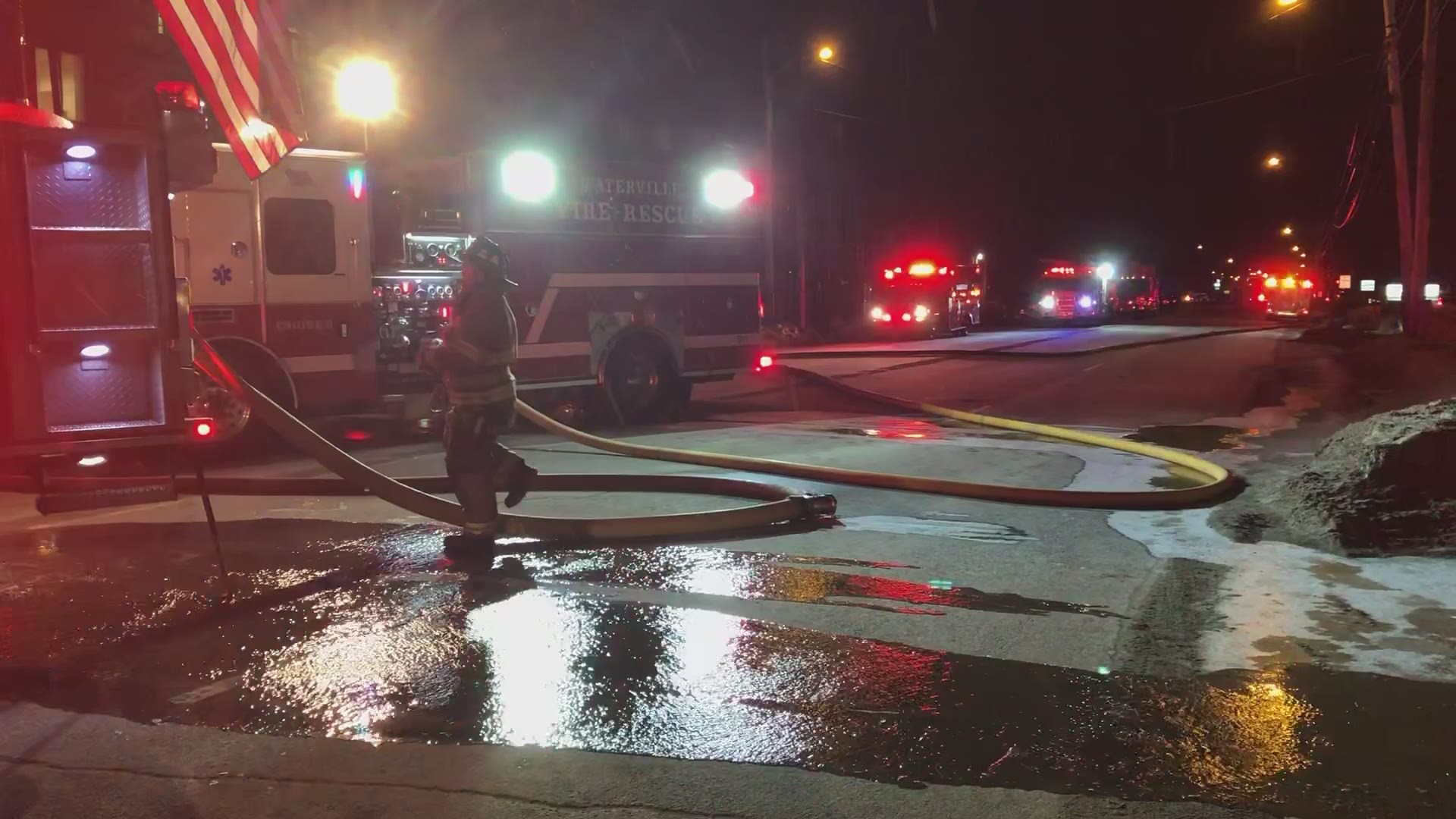 WATERVILLE, Maine — Crews from roughly 15 towns fought a fire Tuesday night that had engulfed the roof of a mill building that houses a food packaging company.

The fire at Huhtamaki on College Avenue, located along the Kennebec River, broke out at about 5:45 p.m. It was finally contained four hours later.

One firefighter was injured as a result.

A dispatcher initially said there were no injuries, presumably speaking to those who may or may not have been in the building at the time the fire broke out.

No cause had been determined by late Tuesday night.

The temperature in Waterville was about 15 degrees early Tuesday night. It had dropped to about 10 degrees when the fire was fully contained.