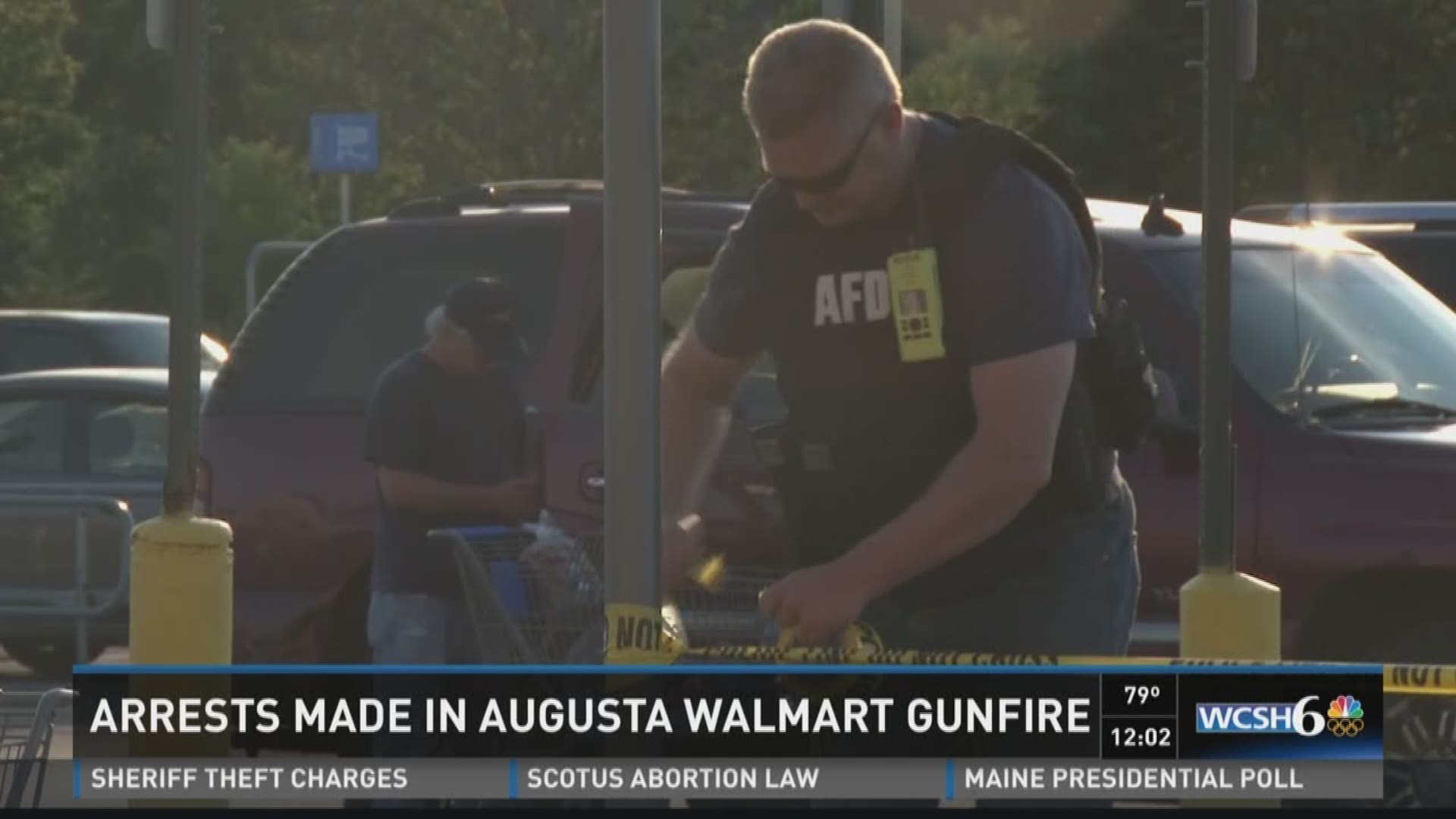 Police say four suspects were taken into custody by police Sunday after allegedly firing gunshots in the parking lot of a Walmart.

The suspects involved were sitting in vehicles parked next to each other when the altercation arose. The occupants of one vehicle fired at the occupants of the other, which resulted in return gunfire.

When the shooting stopped, police said one suspect exited their vehicle to confront the occupants of the other. This is when two bystanders, who were legally carrying, interfered and stopped the incident, police said.

Augusta police say one of the men involved was injured. A bullet grazed the stomach of Kwiesha "Reggie" McBride of Harlem, New York.

Police say while this incident ended fine, they do not encourage citizens to step in. Be "good witnesses," they told NEWS CENTER.

McBride is being charged with Class C reckless conduct with a firearm and Class B aggravated trafficking in schedule W drugs (heroin). McBride's bail is set at $50,000.

Frankie Dejesus of Rochester, N.Y., was charged with Class C reckless conduct with a firearm and Class B aggravated assault. Dejesus' bail is set at $25,000.

Diana Davis of Rochester, N.Y. was charged Class B aggravated assault. Davis' bail is set at $5,000.

Samantha Tupper of Augusta was charged with probation violation and Class B furnishing schedule W drugs (heroin). Tupper is being held without bail.

All are being held at Kennebec County Jail.

RT @ChrisCostaTV: Daniel Chavanne says he was one of the armed bystanders who broke up the fight at Walmart pic.twitter.com/xfAL1Wnsob

NEWS CENTER is speaking with one of the men who stepped in to help. This story will be updated.