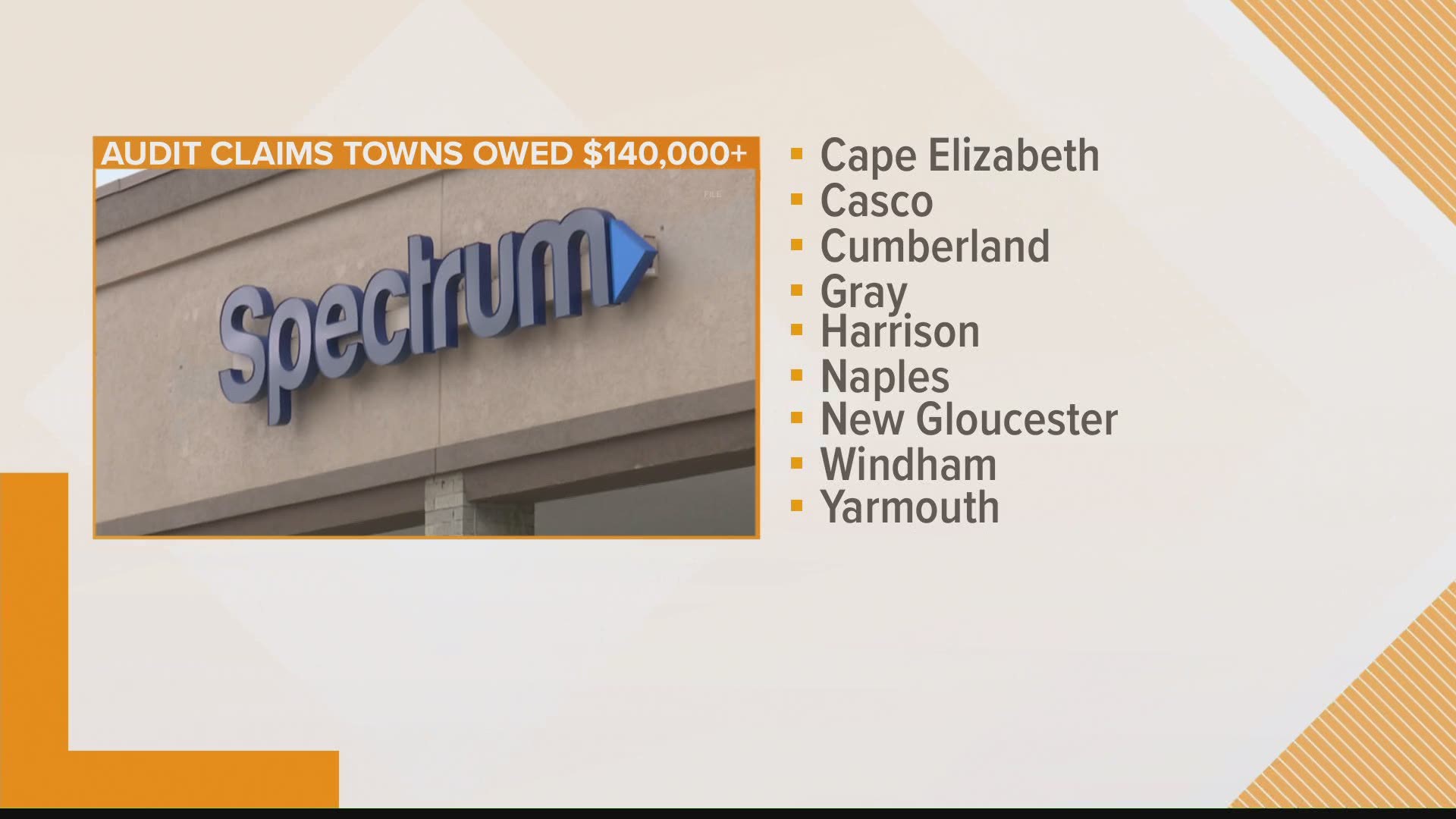 MAINE, USA — Multiple towns in Maine are asking the cable and internet provider Spectrum to pay up after an audit claims the company unpaid thousands in fees.

The audit alleges that Spectrum failed to pay more than $142,000 in franchise fees to nine towns in Southern Maine through 2017 and 2018.

Franchise fees are paid to cities and towns by cable and internet providers for the use of public rights of way for things like running cables. According to the audit, local governments are entitled to up to five percent of gross revenues from cable television services, including revenues from advertising and subscriptions.

The nine towns that participated in the audit include Cape Elizabeth, Casco, Cumberland, Gray, Harrison, Naples, New Gloucester, Windham, Yarmouth with each town allegedly owed between $1,000 to $31,000.

Multiple towns in Southern Maine are demanding the internet & cable provider Spectrum pay up after an audit claims the company owes more than $142,000 in underpaid franchise fees. We’re live in Cumberland this morning with the details ⁦@newscentermaine⁩ #wakeMEup pic.twitter.com/MG1H9tcpyF

The Greater Portland Council of Governments, a regional membership organization that provides planning and other services to 30 cities and towns, is currently helping a group of the region's municipalities negotiate franchise agreements.

As part of that, the GPCOG is working with Minnesota base law firm Bradley Law which specializes in telecommunications and cable franchise law. Nine communities paid $2,000 each to partake in the audit.

"It's not unusual over a period of time, these franchise agreements run for as much as 15 years, for errors to creep in in the way subscribers are accounted for and revenue is reported and the fees are paid to cities and towns," said Tony Plante, GPCOG Director of Municipal Collaboration.

Plante said he believes the underpayment from Spectrum over franchise fees likely continued into 2019 and 2020, however, the audit only features data from 2017 and 2018.

In a statement to NEWS CENTER Maine, Spectrum Senior Director of Northeast Communications Lara Pitchard said "cable franchise-fee audits like these are routine, and we are reviewing the auditor's claims and plan to respond to the communities soon."

According to the audit, the amount underpaid to towns is: