Forgetting to text a location to emergency 911 center could delay a response when minutes matter. 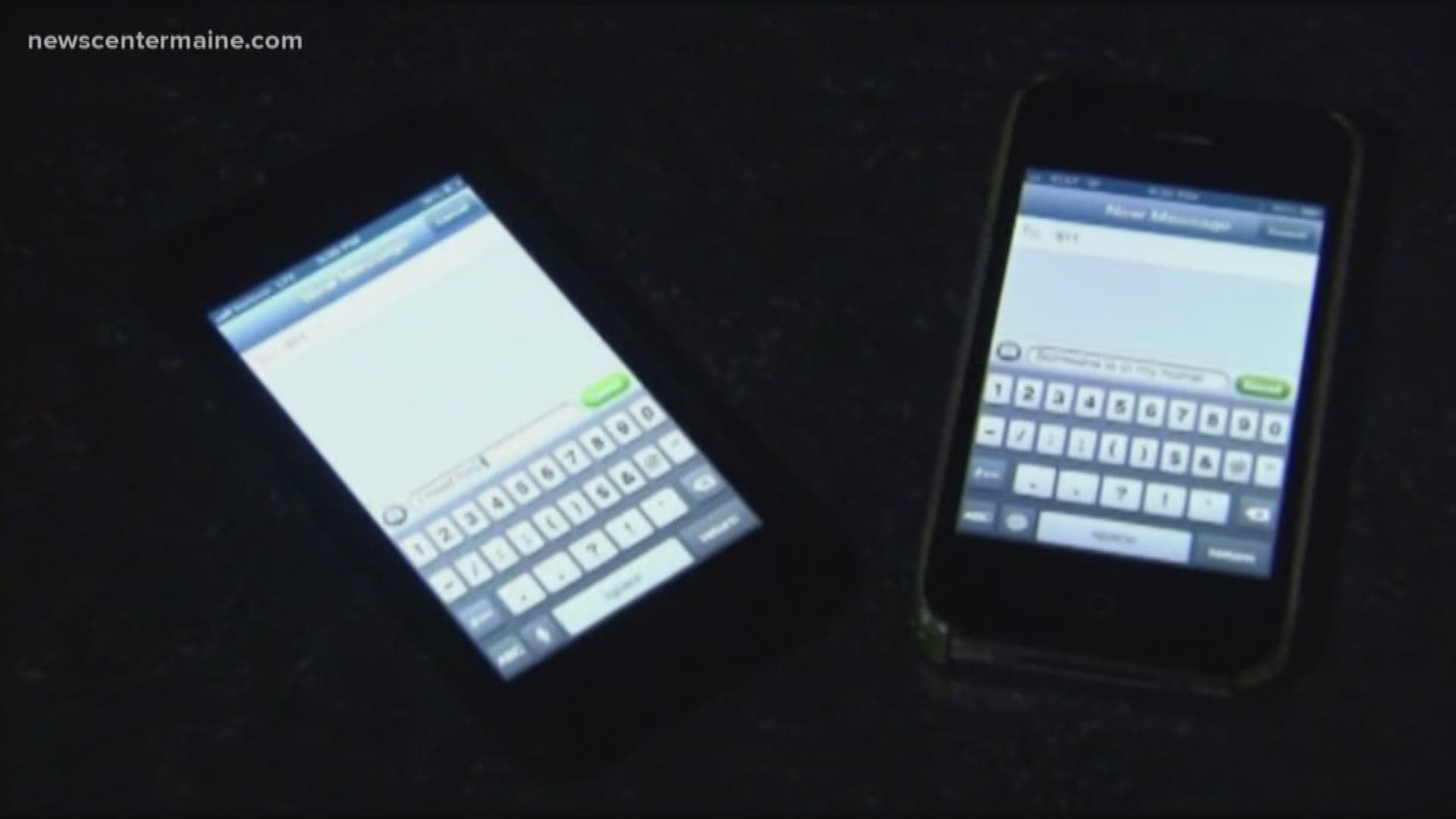 PORTLAND, Maine — Maine has been using text to 911 since 2015, but only two public safety centers were able to receive it. In December 2018, the technology was expanded to all 24 state 911 centers.

Texting should only be used when you can’t call 911 on the phone and the initial text should start with a location, according to the Maine Emergency Services Communications Bureau.

“At the present time, text to 911 does not provide location information to the 911 call center," said Jacques "Unless the texter provides the location we do not know where you are. It’s critical that in that first message you provide a location of your emergency if possible.”

Jacques says the difference between the system from 2015 and the current one is emergency text messages and phone calls can be transferred between 911 call centers. Dispatchers are able to see the entire conversation when it gets switched to a different communications center.

“It’s just an advancement in the call handling function of the service,” said Jacques. "We actually have a very advanced system here in Maine. Its limitation is what the carriers are able to provide to 911 systems today.”

People that live near Maine's borders need to be aware that a text to 911 could go to a different state depending on the cell tower location. The Maine Emergency Services Communications Bureau has reciprocity with New Hampshire and shares information between state lines.

If a text to 911 hits a Canadian cell tower it will not work with their current system. The Canadian Director of the NENA says Canada's Text with 911 is designed for the deaf and hearing impaired. She says there are plans to have a working system in Canada by December 2020.