The University of Maine's virtual homecoming weekend kicks off Friday, October 16 at noon -- but some Orono restaurants are worried about smaller crowds. 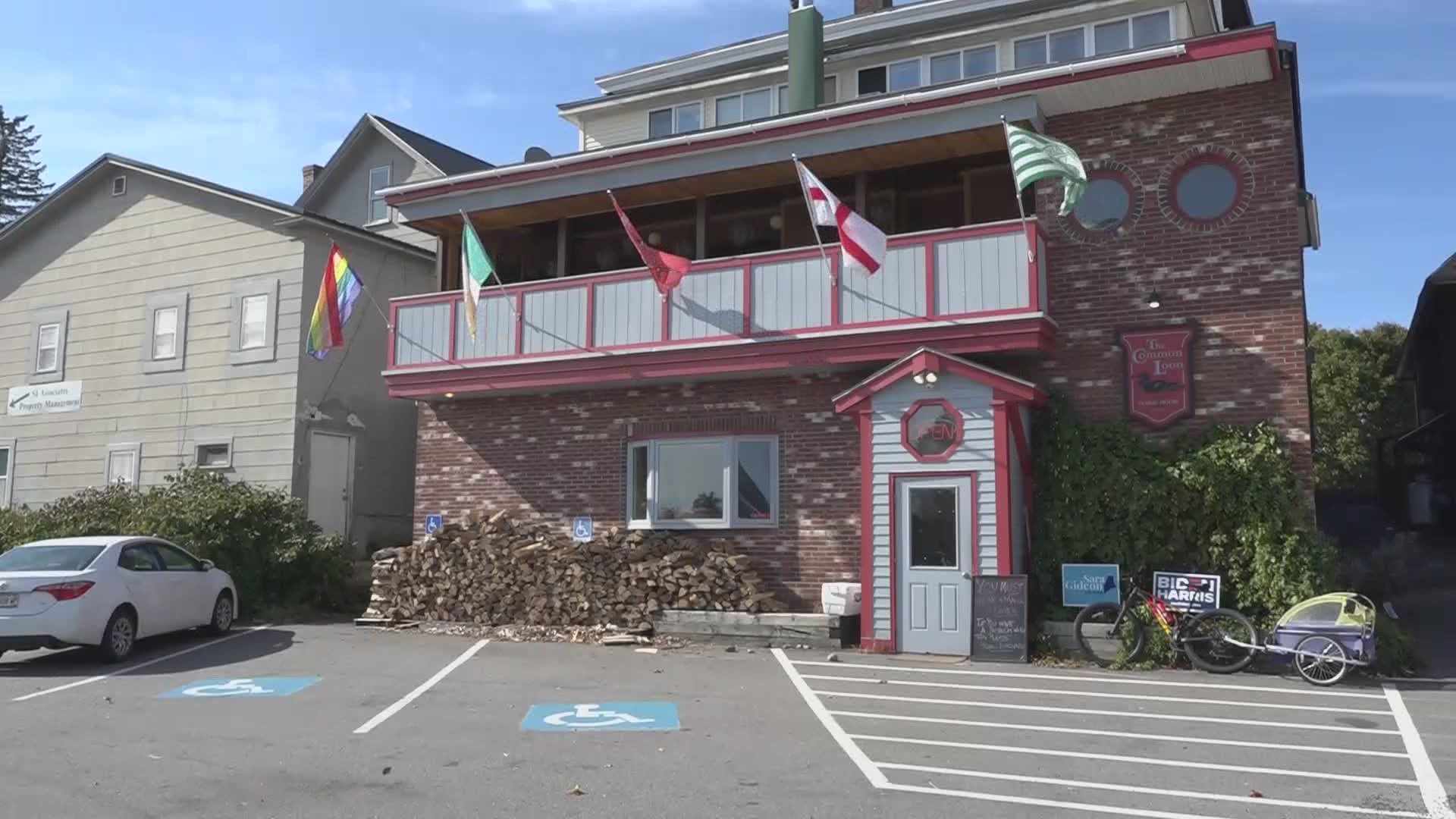 ORONO, Maine — The University of Maine at Orono's campus is quiet Thursday afternoon, except for the occasional car winding through and a steady October breeze. In years past, the school would likely be buzzing with energy, as the countdown to homecoming weekend gets even shorter — but the bleachers at Alfond Stadium are empty, and the football field sits untouched. It's a sign of the times — college during the coronavirus pandemic.

Homecoming weekend, though, is still happening from October 16 to 18 — it's just completely virtual this year instead. 33 events will be housed on umainehomecoming.com, and all live events and on-demand content will be made available starting Friday at noon, following a virtual welcome and Q&A session with the university's president, Joan Ferrini-Mundy.

"It's certainly a year like no other," Annie Cutler, a 2011 graduate and the vice president and COO of the University of Maine Alumni Association, told NEWS CENTER Maine via Zoom. "It's the first time our homecoming activities will be 100 percent virtual."

Happy Friday, everyone! I’m LIVE at @UMaine in Orono to talk about the school’s virtual homecoming weekend, starting today at noon. What you should know about how this weekend will work and why local businesses may be impacted by smaller crowds on @newscentermaine. #wakeMEup pic.twitter.com/yGUtMMqWJU

Events include a number of speaker sessions, star-gazing with the Emera Astronomy Center, virtual tailgating on Saturday for the re-watching of the 2018 homecoming game, and an online "Maine Marketplace" to replicate the popular annual craft fair.

Cutler says they are hoping to be "pleasantly surprised" by turnout and have had a positive response so far. Depending no how successful this event is, her team may decide to implement an online element to homecoming weekend every year.

"We're also looking at this is a really nice opportunity to engage folks who wouldn’t otherwise be able to come to campus," Cutler noted. "They may live across country, or just not be as engaged as they may like, so this way they can just participate from the comfort of their own home -- and do a lot of things or just a few."

In the past, this celebratory weekend has attracted more than 10,000 visitors to campus — and for a small town like Orono, that's a pretty significant number. It's why some local restaurant owners are concerned about what smaller crowds may do for business, during a year that's already been especially challenging.

"Being in a college town, we kind of operate the opposite season as the rest of the state in some ways," Cory Gardner, a co-owner of Common Loon Public House, expressed to NEWS CENTER Maine Thursday afternoon. "We have these events that are these massive kind of weekends and spikes — and (we) kind of rely on those to get through some of the slower times."

Common Loon Public House was established in 2018, so Gardner says being a newer and smaller business during the pandemic has also presented struggles. He says some of the biggest weekends for the pub are during hockey season, graduation, and homecoming — so losing that business this year will hurt. He's just hoping they'll survive, let alone make any of that money up.

Gardner says Saturday night during homecoming weekend was the pub's busiest night ever — adding they made more in that night than they do in a week now.

"You didn’t have to really do a lot," Gardner reminisced. "The town’s full, and everybody is out. It's just a nice weekend."

Across the street, The Family Dog owner Luke Wardwell says this year has been tough in some ways for his restaurant, but they've gotten lucky by having a lot of outdoor seating options. They opened on June 1 in accordance with dining laws, but Wardwell says he is worried provisions in place for safety will make the winter very challenging — especially without normal crowd surges that occur during homecoming weekend and fall sports.

"It's going to change dramatically real soon once we move everything indoors," Wardwell predicted.

Both Common Loon Public House and The Family Dog have been trying to get creative by offering delivery and pick-up options.

RELATED: $240M investment in UMaine System one of the largest ever to a public institution of higher education

UMaine's virtual homecoming weekend will kick off Friday, October 16 at noon. Events are free, but those participating were required to pre-register. If you did not pre-register already and would still like to participate, you can email alumni@maine.edu.