A statistic from the Maine Veterans Project indicates 22 veterans die by suicide every day. This nonprofit organization is dedicated to decreasing that number. 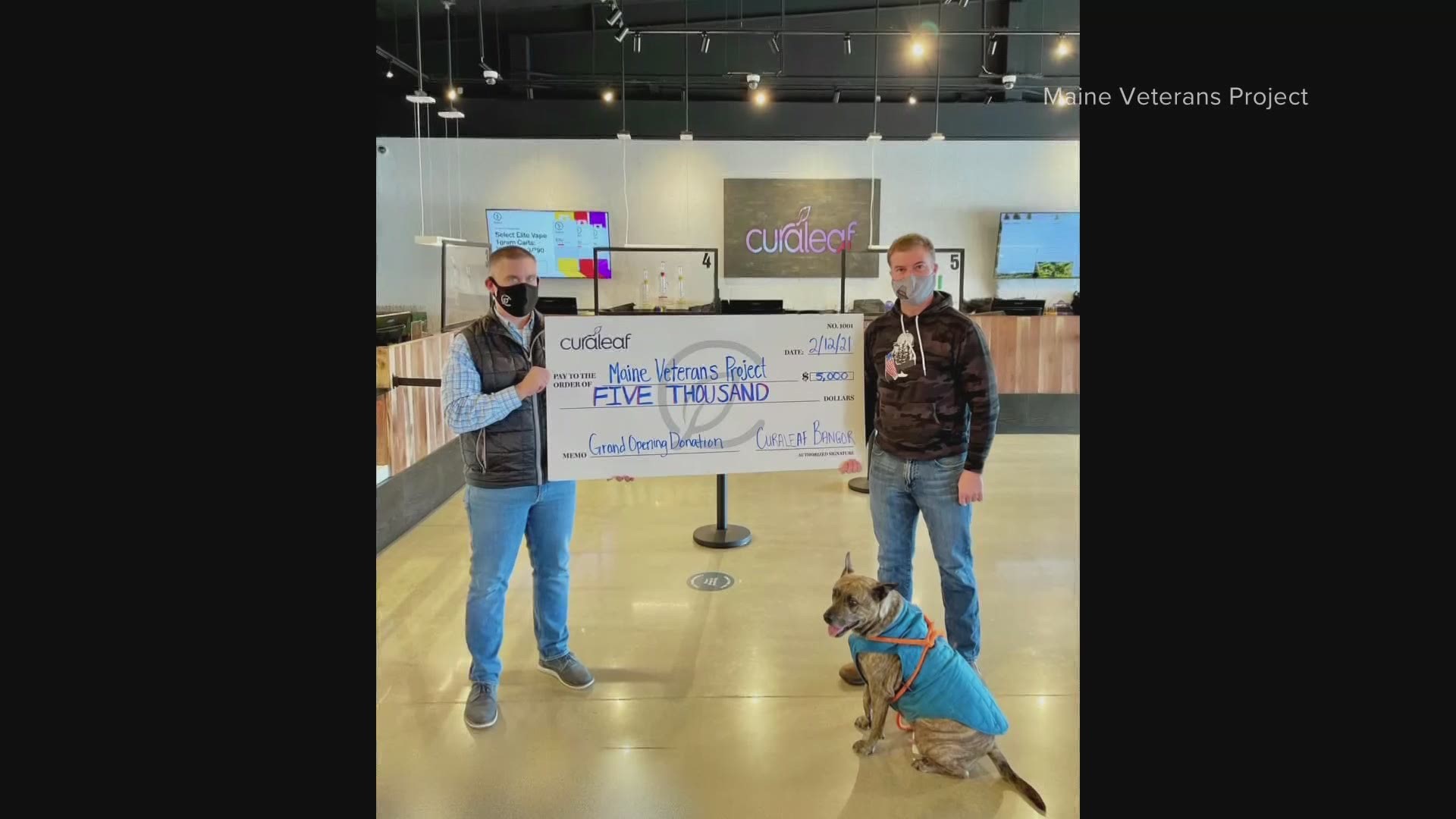 ORONO, Maine — For many of us, the pandemic has put into perspective how great a toll isolation can have on our mental health. This isn't a new problem for at least one group of people, though -- Maine's veterans.

According to the Maine Veterans Project, 22 veterans and active duty service members die by suicide every day. Although veterans account for only .045 percent of the population, they make up about 20 percent of all suicides in the United States. It's why MVP is on a mission to change those numbers -- and try to prevent suicides in general.

According to the Maine Veterans Project, 22 veterans die by suicide every day. It’s why this organization is dedicated to lowering that statistic. I’ll tell you how a group of @UMaine students is supporting that mission on @newscentermaine at 5:30 and 6:30 a.m. #wakeMEup pic.twitter.com/Yjcytornew

It's a battle Goodwin understands personally. He served for about eight years as a Navy hospital corpsman with several deployments and on several teams. After his time serving, he moved to San Francisco and says he was dependent on alcohol and struggled with mental health issues.

"The moment I walked off that base, it was me and a telephone trying to figure out the rest of my life," Goodwin admitted.

On a vacation from California home to Downeast Maine, he met an army captain dying of stage four colon cancer and was inspired by that man's mission to help his fellow veterans. Goodwin says at that moment, he realized everything he was doing in his life was for himself. That's how MVP was born in July 2015. as a veteran-run organization for veterans, dedicated to focusing on the overall wellness of veterans to prevent people from getting to dark places.

Goodwin says six years later, he is still personally benefitting from the program every day.

"It's kind of a bittersweet story because we were born out of necessity -- so there's the bitter," Goodwin said.

Goodwin says MVP usually relies on in-person fundraisers to help pay for its programs, but the pandemic has presented obstacles this past year. The organization lost all of its planned fundraisers -- but support from local businesses has actually helped MVP continue to stay afloat and thrive. That includes help from a University of Maine group that Goodwin says came "out of the blue".

"We call it 'Heroes and Hope'", Nory Jones, the faculty adviser for the University of Maine Business School student outreach organization MBS Corps. "We're basically just trying to raise awareness in the community."

"Heroes and Hope" is a virtual fundraiser and raffle MBS Corps is putting on to support MVP. To take part, people can Venmo @MBSCorps-Jones, drop off cash or check donations at DPC 203, send donations via PayPal at mbscorps@maine.edu, or visit the GoFundMe page. Donations will be accepted until Saturday, March 27, and all proceeds will go to MVP. For the raffle, donations will be accepted until March 20. For every five dollars someone donates, their name will be entered to win one of a few prizes, made up of things like gift cards from local businesses.

"I think that that's what we're doing is trying to give back to people who have given to us and have provided us by protecting our country," Kate Dowling, the vice president of marketing for MBS Corps, said about the group's mission, also noting, "Sometimes, you just don't realize what they've been through to protect us."

"They are the few people who actually raise their hand, take an oath to support us," Jones said about veterans.

For Goodwin, the support means a lot, as he works to increase human connection and destigmatize perceptions about veterans' mental health -- and mental health in general.

"We're actually trying to create a movement among all of society that just says you don't have to be alone," Goodwin said.

If you or someone you know needs help, there are resources available: