UMaine's Transformative $110 Million Athletic Facilities Plan has been made possible in part by a $90 million Harold Alfond Foundation investment. 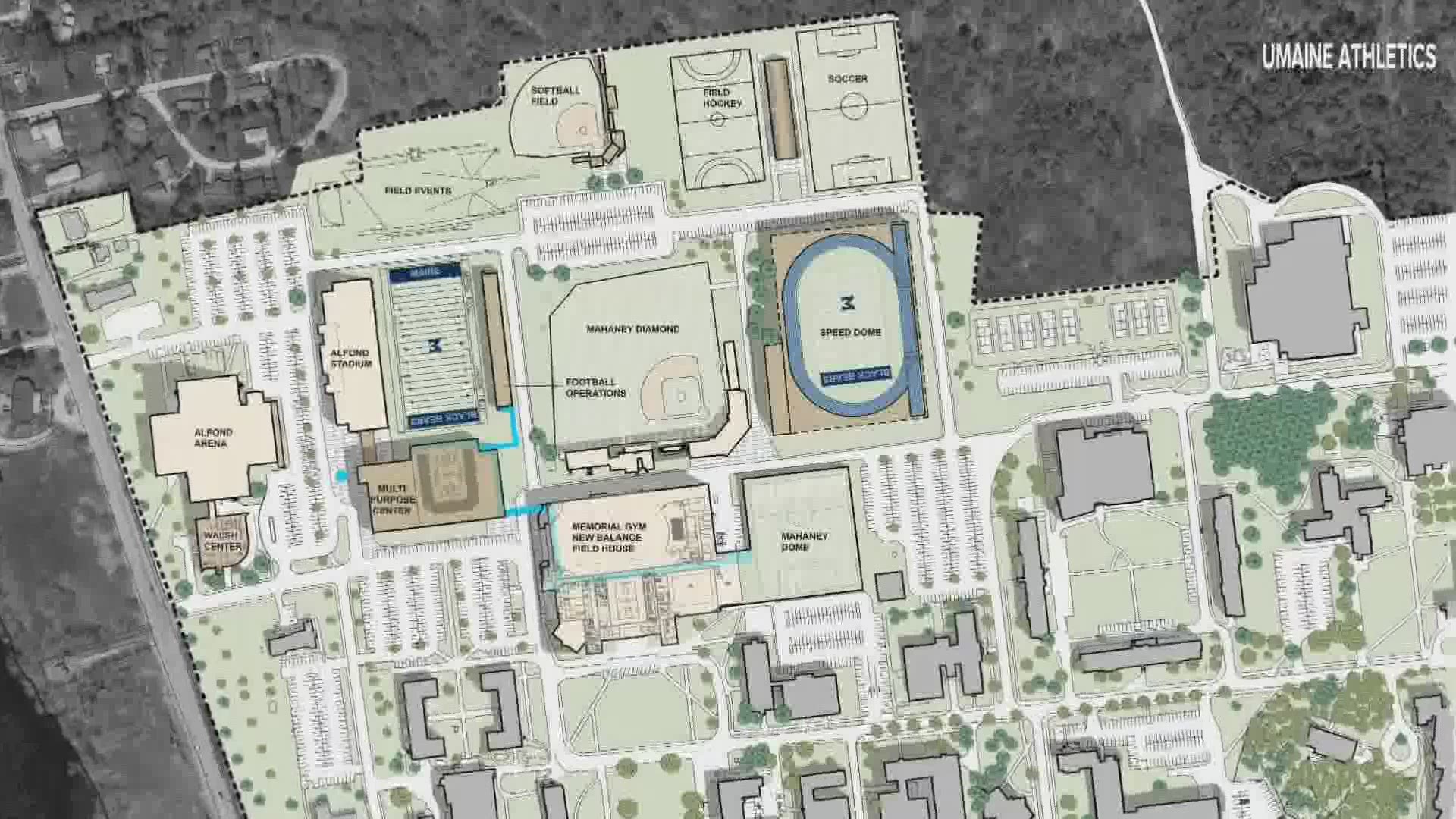 ORONO, Maine — On Wednesday, February 17 at 9 a.m., the University of Maine at Orono unveiled its Transformative $110 Million Athletics Facilities Plan. It's exciting news for student-athletes, since the investment is designed to impact all 17 of the university's division one sports programs.

This plan is part of a greater $240 million investment by the Harold Alfond Foundation (announced in October) to help bring change to the entire UMaine system. $90 million is being dedicated specifically to sports at UMaine Orono over a period of 10 to 12 years. The university's president Joan Ferrini-Mundy says Wednesday's announcement marked a "historic day". The university is hoping to raise the additional $20 million or more through donors and supporters.

Today at 9 a.m., @UMaine is expected to unveil its $110 million Athletics Facilities Master Plan. I'll have details on @newscentermaine at 6:30 a.m. about the Harold Alfond Foundation investment making this project possible and how it is designed to improve equity. #wakeMEup pic.twitter.com/UblEC99OqI

RELATED: $240M investment in UMaine System one of the largest ever to a public institution of higher education

According to Ferrini-Mundy, this plan will impact not only athletics but the entire university and community as a whole. UMaine Athletics partnered with JLG Architects to develop the 10-year plan, which includes building "top-flight" facilities, venues, and stadiums over the next few years while prioritizing gender equity and ADA inclusion. Specific projects include:

Ferrini-Mundy says this initiative has been in the works for about three years since UMaine director of athletics Ken Ralph came on board. More intense analysis, planning, and consultation have happened in the past couple of years.

"It's always important to remember that our athletes are student-athletes," Ferrini-Mundy expressed about the importance of this initiative. "They are a part of our student community, and they bring so much -- not only through their participation in athletics but through all that they do on campus and being a part of our community."

The new facilities will also be available for other use, like science fairs, musical events, and high school championships. The goal is to continue to bring the community together through sports -- and give student-athletes a place to thrive.

"By the time we have the spirit that comes through -- cheering our athletes on together with all the other ways in which we can use these facilities to include so many members of our community -- it just becomes quite a central feature for the university," Ferrini-Mundy emphasized.

UMaine Athletics expects to start moving on the plan soon, with small upgrades in summer 2021 and construction on the new fields beginning in summer 2022.

If you're interested in learn more, you can click here. UMaine faculty members will be holding a press conference to talk further about the plan at noon. NEWS CENTER Maine will continue to update this story.