Driver falls asleep at the wheel, causing tour bus to crash on I-95 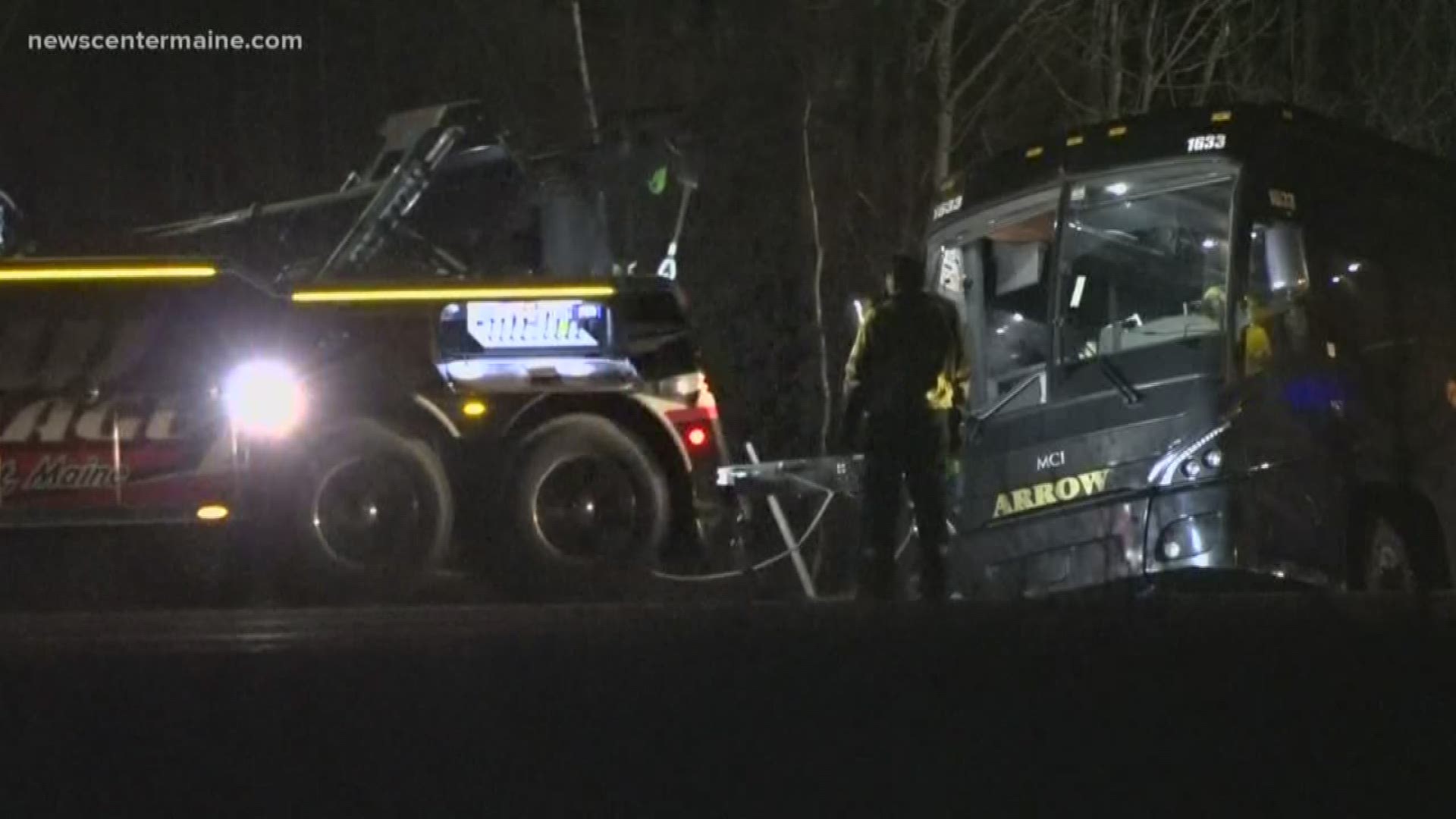 BURNHAM, Maine — Four people were injured after their tour bus driver fell asleep at the wheel, causing the vehicle to drift off the side of the road and land on its side.

Maine State Police said the crash happened at 11:30 p.m. on Tuesday, December 10 on the I-95 northbound lanes in Burnham.

The bus was bringing a group of 38 people from Schenectady, New York to Orono for a Christmas concert happening Wednesday night.

The four injured passengers were taken to nearby hospitals in Pittsfield and Waterville with what officials say were minor injuries.

Officials say three of them were women and one was a man. They were all in their twenties and thirties.

The other passengers and driver were taken to a Waterville motel for the night. Passengers ranged in age from 11 to 49 years old.

The driver was 65-year-old Charles Barry of Omaha, Nebraska. Maine State Police troopers cited him for failing to maintain control of the bus. The bus is owned by Arrow Stage Line of Omaha.

Maine State Troopers arrived at the crash site minutes after the reports of the crash came in, according to Maine State Police. Only a handful of passengers were off the bus at that time.

A school bus from Fairfield came by to pick up the uninjured passengers and take them to the motel. Pittsfield and Clinton police helped Maine State Police troopers, and three ambulances came to bring the injured passengers to the hospitals.

The bus was up-righted around 2 a.m. and removed from the scene around 3:15 a.m.