This pickle pizza just broke the internet, and it's in Maine

The post of Fairgrounds' fried pickle pizza went viral so quickly, they had to delete it! 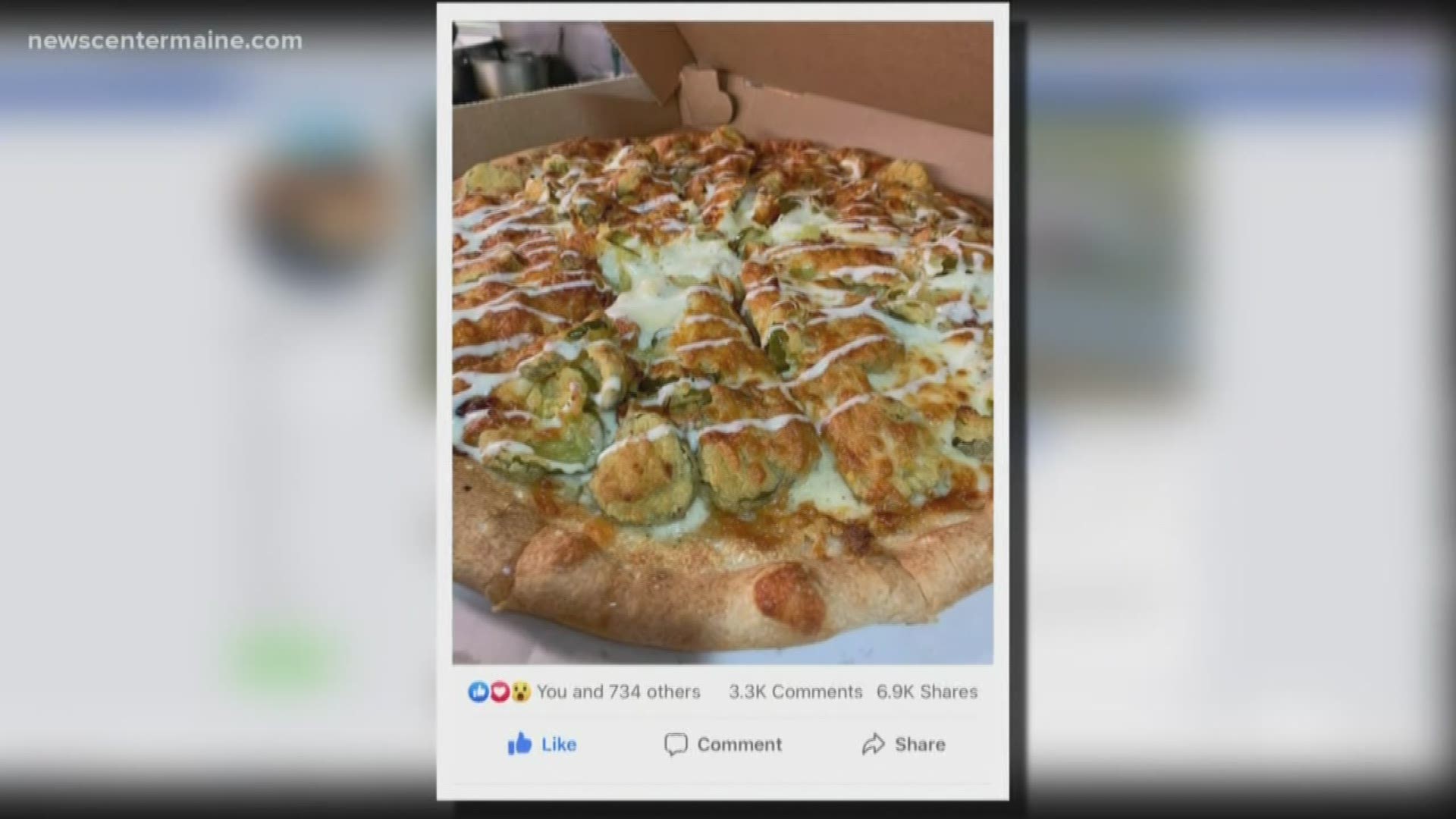 CORNISH, Maine — The owners of Fairgrounds Pizza and Pub in Cornish are still in awe after a Facebook post displaying their infamous fried pickle pizza went viral over the weekend.

Brothers Chris and Billy Anastasiadis have owned the restaurant and bar since 2016. They are known for their unique menu and spacious bar.

On Sunday, Chris posted a picture of their fried pickle pizza. Its made with ranch dressing instead of red sauce, pizza cheese and fried pickles. Billy says it's the fried pickles that add the perfect crunch to every bite. They fry their own pickles and make their own dough every day.

After sharing the post, Anastasiadas said within hours it had been shared by nearly 10,000 people and reached more than 1 million.

"I was like, 'this thing is going viral'," Chris said. "But it's also really scary that it can reach that many people so fast."

Anastasiadas said he started receiving messages from people as far away as Alaska.

"It’s hard to believe that you can create a pizza and it will go viral in one day," Billy said. "You can only imagine it."

Small town Maine making it big on the pizza map.

But what does it actually taste like? Is it any good? Here's what some of the customers had to say:

"Two great things, pizza and pickles, how can it get any better than that?"

"It's pickles and pizza, can you really do it wrong? No, you can't do it wrong."