The new safety addition to some Maine school buses

It's a safety problem for school bus drivers and the children they transport: When a bus is stopped, there are drivers who ignore the red flashing lights. 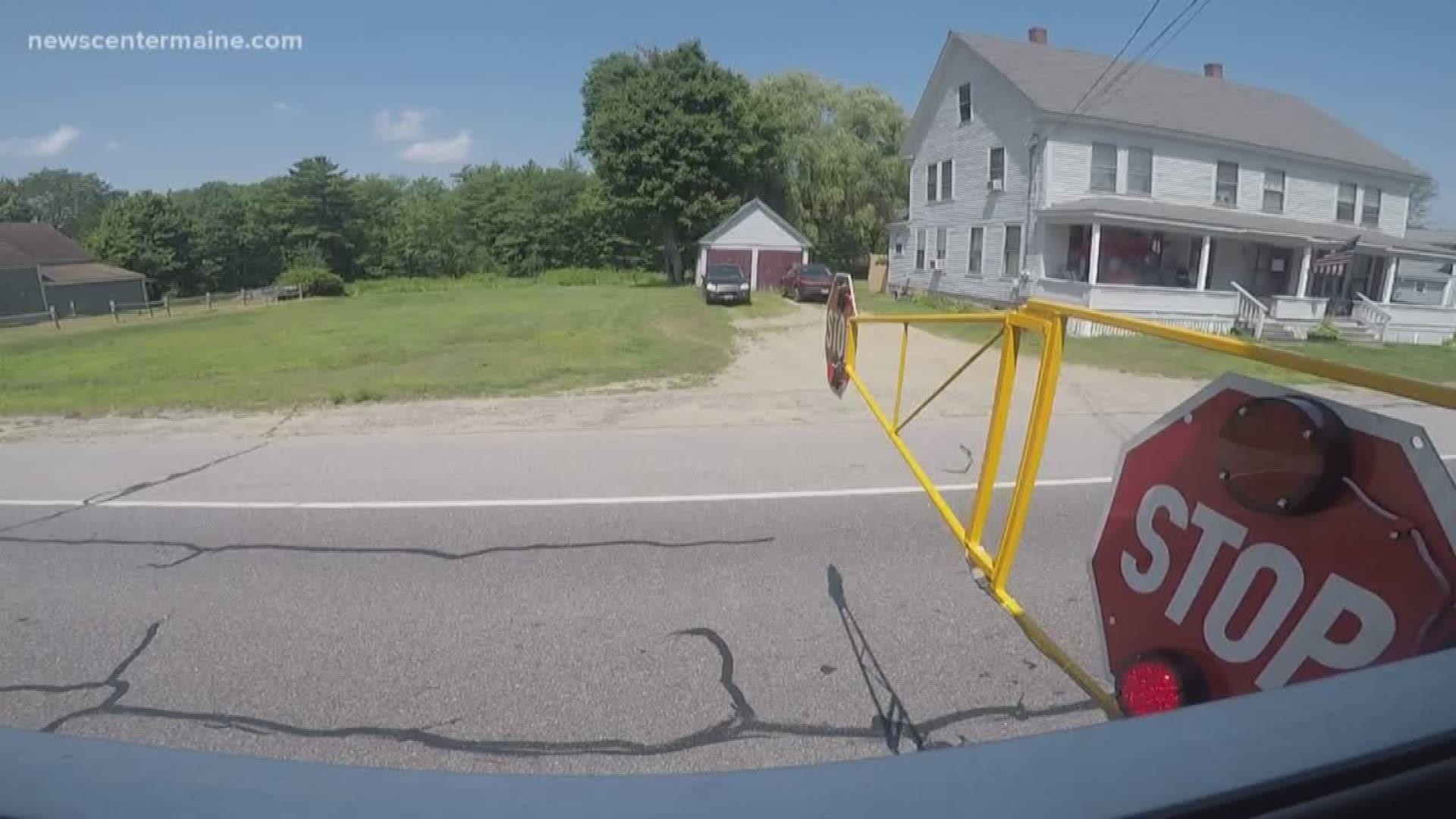 WATERBORO, Maine — In Maine this past school year there were 173 instances reported of vehicles illegally passing school buses when the stop-arm was out, in just one day.

Nearly half the bus drivers who were surveyed saw a violation that put children's safety at risk. Those results, from a national transportation safety group, were released just last week.

But the wheels were in motion long before at one Maine school district, to get ahead of this problem.

Before Matt Kearns was the director of transportation at RSU 57 in Waterboro, he was a bus driver. He knows first hand how difficult it can be when other drivers are impatient and don't stop when that stop sign is out.

"It's very frustrating," he said. "That's the hardest thing for the driver. They're trying to watch their student and make sure their student is where they're supposed to be and to try and get a license plate at the same time to provide to law enforcement can be difficult sometimes."

To better protect the roughly 3,000 students they transport every day during the school year, 9 buses in the fleet are equipped with extended stop arms.

The standard stop sign on a school bus is 18 inches long. This extended stop arm is an additional 6 feet longer and extends in the other travel lane.

"It puts that visual further out in the driver's view," said Kearns. "I think we find a lot of people are distracted or have tunnel vision. The biggest excuse we get from violators is that 'oh we didn't see the bus.'"

"The frequency has dropped dramatically," he said.

RSU 57 is among the first school districts in the state to add these extended stop arms.