The installation will be by the Bangor International Airport, all with the goal of saving tax dollars and reducing the amount of fossil fuel use. 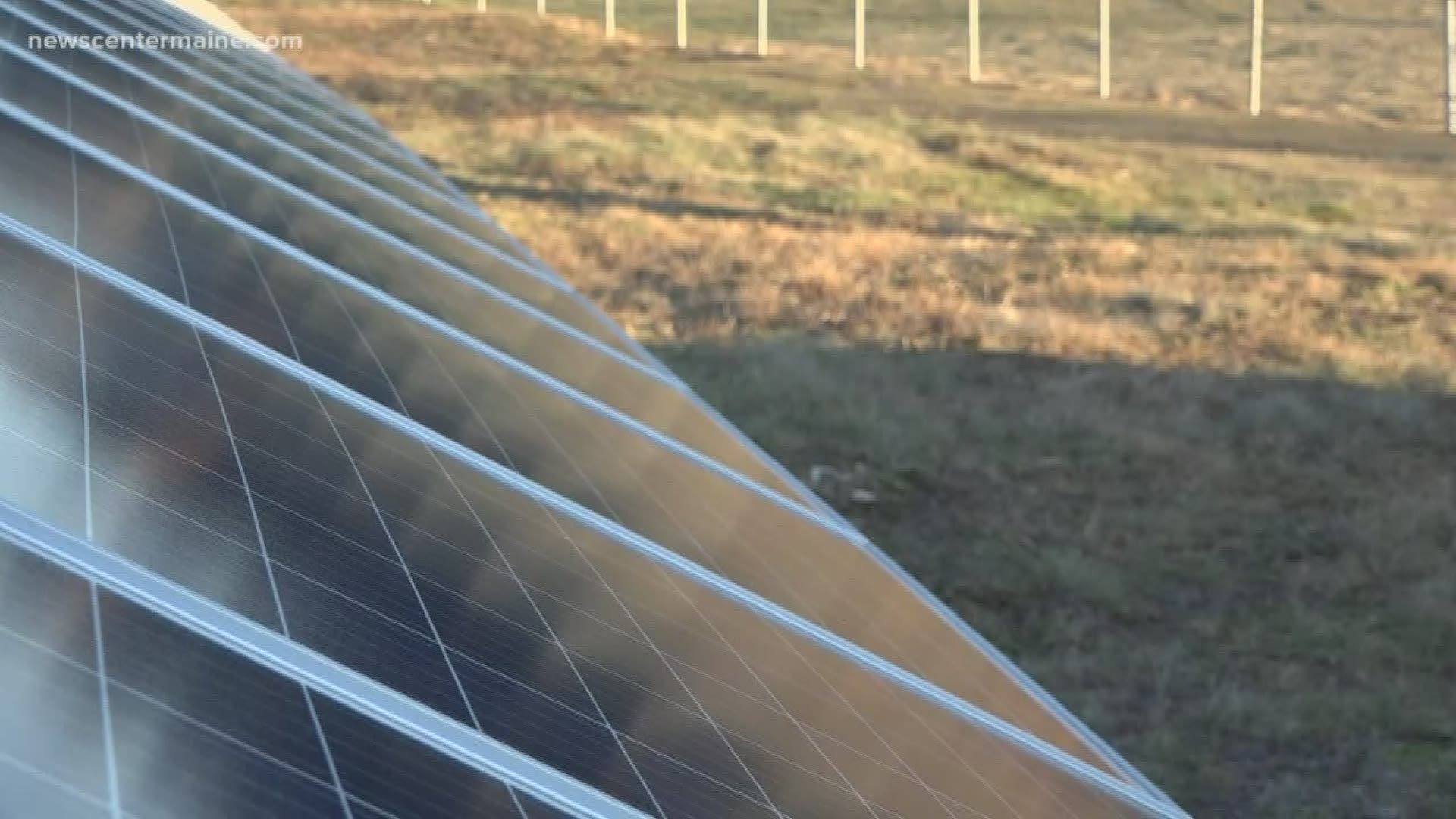 BANGOR, Maine — Winter may not seem like the time to think about solar energy, but the city of Bangor is doing just that. It has plans to install its first big solar panel project out by the Bangor Airport.

"We've actually seen a number of successful projects move forward in Maine, which told us that there was the right landscape and that there was the ability, and there were providers out there who could do these projects with communities," Tanya Emery, the  Director of Community and Economic Development for the City of Bangor said.

The City of Bangor did a feasibility study that pointed towards the city-owned land near the Bangor International Airport for the solar array because of its size.

It has the potential to have a large number of panels installed which also means a significant generation of electricity via the solar panels.

This will benefit municipal buildings in Bangor, including the airport and the wastewater treatment facility.

Revision Energy installed the panels in Belfast, and will also do the work in Bangor.

"Anything that we can do as citizens, and as governments to point away toward a future that mitigates the effect of climate change is really important to do and these solar systems are one part of that," Hans Albee, the Professional Engineer, and branch manager of ReVision Energy said.

With the impacts of climate change, the City of Bangor says it is looking for ways to incorporate greener technologies where it's both for the planet and for the consumers and taxpayers.

"It's both good for the environment, it's also good for the city from a financial perspective, so we anticipate that when we negotiate the final power purchase agreement, we'll understand fully what those long term savings will be, but most of the communities that have done projects like these have seen substantial savings," Emery said.

ReVision Energy will install the solar array at 611 Maine Avenue in Bangor.

The City of Bangor is in the final stages of negotiating site specifics and will give final approval for the project to get underway early next year.

RELATED: The Maine solar power business that went from two employees to 250