Nathan Sykes is a 17-year-old Mainer who owns a marketing company that has done some of the marketing for companies like Five Guys, Amazon, Eventbrite, and NBC. 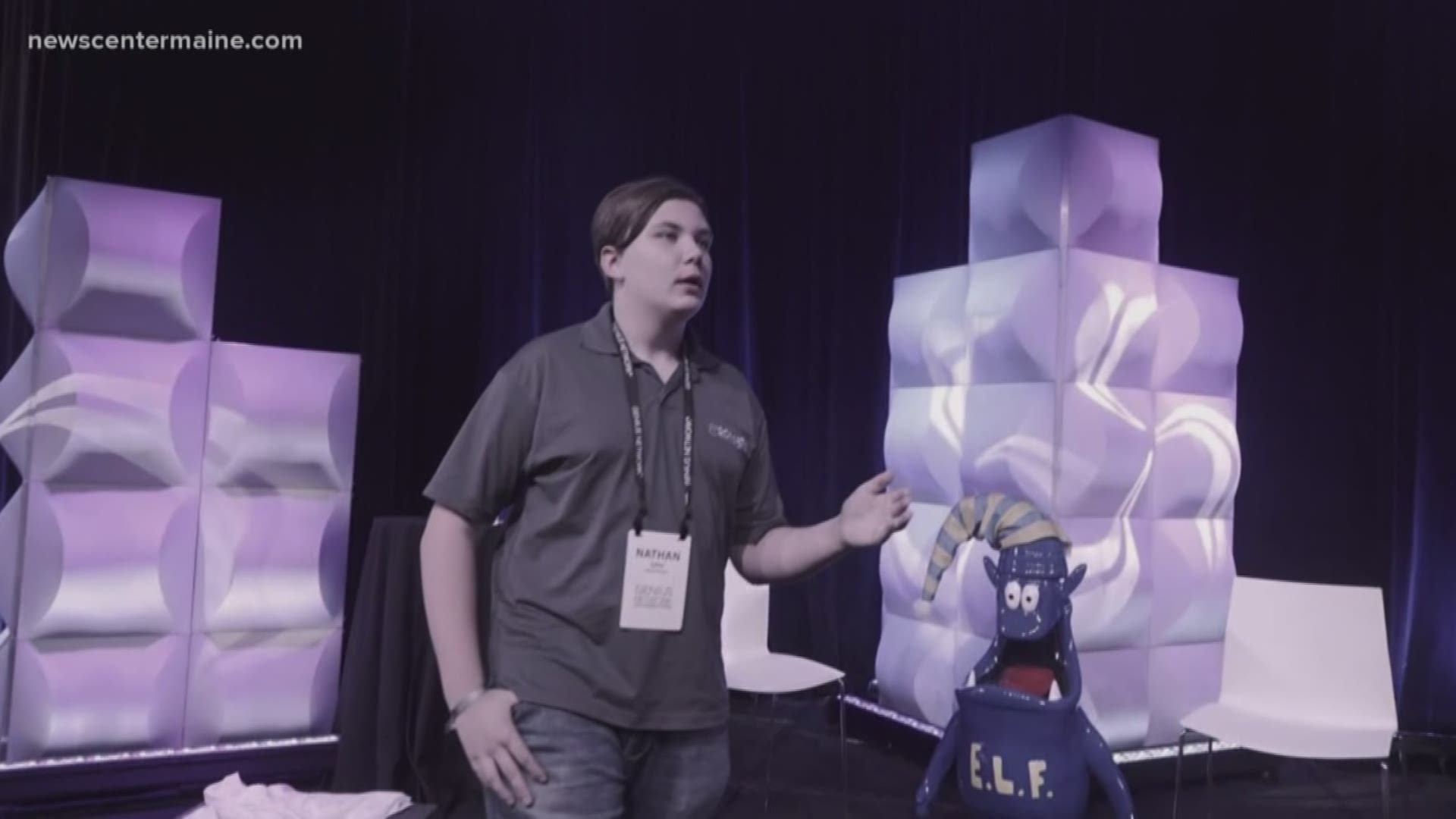 BANGOR, Maine — Starting a business from scratch is not easy, but a Maine teenager is proving that anyone can create a business at any age.

When Nathan Sykes was 13, he started hiring and leading teams to create community servers for the game industry, making plug-ins and different games that he sold.

"I took all the money that I had saved up running that, and I put it all into event management and transitioned it to marketing..and that's where we've seen the most amount of growth," Sykes said.

"We've had the opportunity to work with some of the biggest brands alive," Sykes said.

"Until I ran for State Rep this spring and he said, "well why don't you let my company run your social media, and I was blown away by what he is doing, it's unbelievable," Rep. Joe Perry said.

Sykes did the marketing campaign for state representative Joe Perry.

"Talking to him, I just realized that he is as good as anyone out there and I can't let his young age influence my decision and he was fantastic to work with," Rep. Joe Perry said.

Nathan is the first to admit it, at times being so young can have its limitations.

However, he never let his age stop him from creating his successful marketing business.

"Imagine living your life without your credit card, starting a business and having to pay for inventory, staff, and payroll, and just not having access to that money, it created huge cash flow issues......all because of your age," Sykes said.

Hannah Yechivi
At times, Nathan Sykes's age has been a business restriction. Howeve... r, he never let his age stop him from creating his marketing business here in Bangor. He started it when he was 14 and now at 17 more than 100 people work for Howdy Interactive, leading Nathan to build a successful business as a teenager.

Nathan just released a new book called Retire Before College. He spent the last seven months interviewing successful teen entrepreneurs from around the world and compiling their tips and tricks for success.

Nathan is finishing high school at the United Technology Center in Bangor.

"You are pushing yourself every day, you are not just waiting for the next thing to come at you, you are looking at how you can continuously get ahead,"  Sykes's Business Leadership Instructor Amanda Peterson said.

"He doesn't take no for an answer and he tries to figure..if there is a will there is a way sort of attitude," Peterson said.

"An external independent organization has valued us at seven figures," Sykes said.

Nathan will be doing a TEDx talk in Florida, at Barry University in Miami Shores on February 20th.