Students join the Army with oath from space 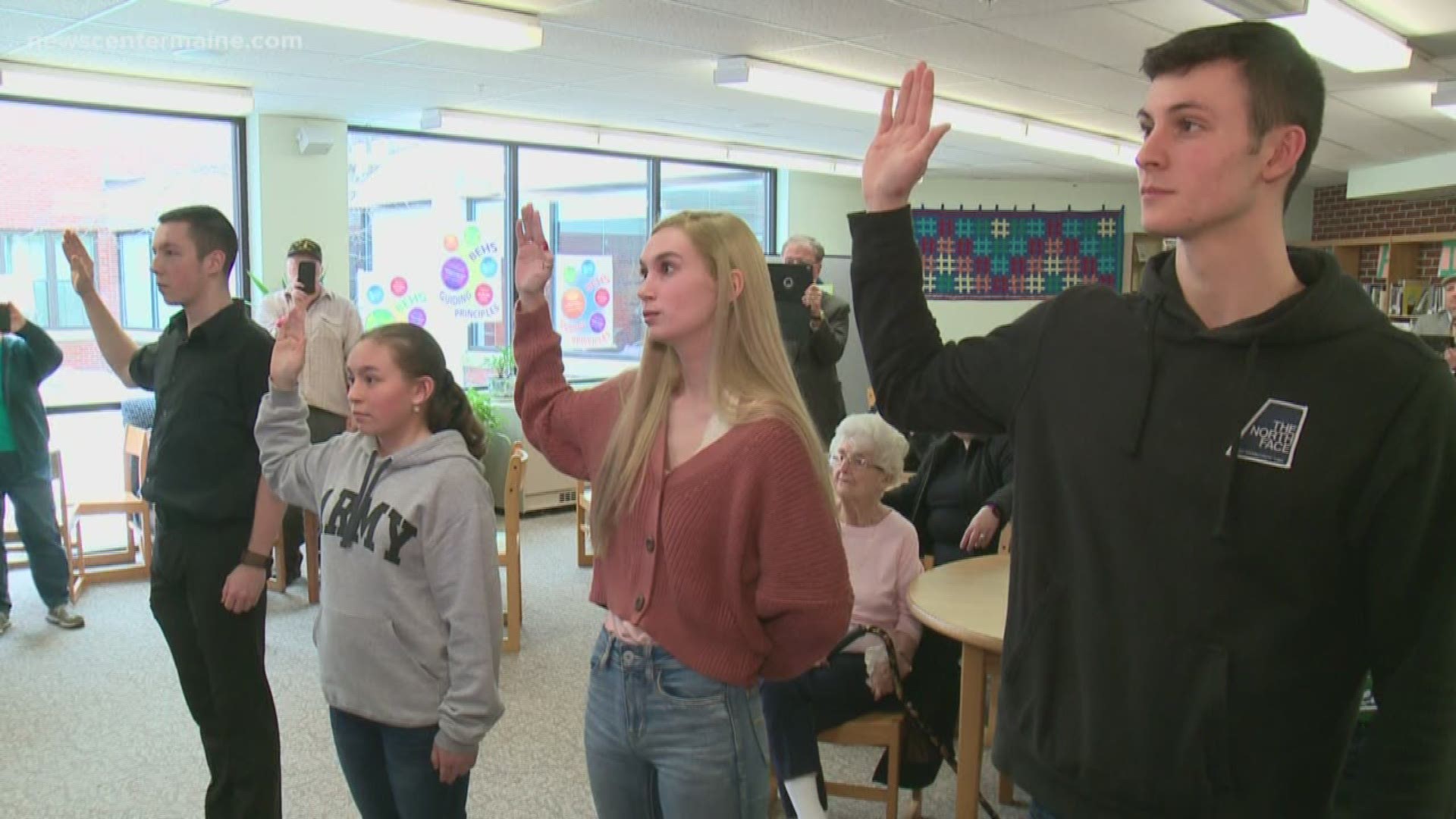 STANDISH, Maine — This is the time of year when high school seniors make decisions about their future. Four students from Bonny Eagle High School in Standish have all decided to enlist in the Army and were actually sworn in a few months ago.

On Wednesday, Madison Scribner, Braedon McCrea, Daniel Seymour, and Kaitlin Palmer put an exclamation point on the enlistments by taking the oath again— from space.

The four students joined hundreds of others across the country as the oath was administered by Col. Andrew Morgan, an Army soldier, doctor and an astronaut onboard the International Space Station. There were reported to be recruits taking part in the ceremony at 150 locations attend the country.

The Maine recruits agreed the ceremony was “cool.” And helped reinforce their enthusiasm for choosing the Army.

“I enjoy helping people and figured this would be a good way to help them out and serve my country,” Palmer said, who will begin as a pharmacy assistant in the Reserve but plans to become a nurse and hopes for active duty.

All the students agreed there will be many new challenges, as well as an element of risk in the service, but said that didn’t discourage them from wanting to serve.

“It gets kind of scary when you think about it,” McCrea said, “But for me, it’s the right thing to do."

“There are those times you sit there, thinking about it, and think ‘what am I doing? Do I really want to do this?’ It's scary, and then you sit down and realize this could be good for you,” Scribner said.

Three of the four have signed up for Airborne training, as well as other skills. Braedon McCrea said he will train for the infantry, Daniel Seymour for the artillery, and Madison Scribner will be a truck driver, along with parachute training.

All agreed the Army is the right choice for them. Within weeks of graduation this spring, they will begin heading for basic training, inspired, they say, by hearing and seeing Col. Morgan in the Space Station, who told them he was once 18-years-old and swearing the oath with his right hand raised, just as the students did today.