So, you can't find toilet paper? 'Panic buying' in wake of coronavirus

The Washington Post reports that the toilet paper shortage is a nationwide problem, calling it "sporadic" and "regional". 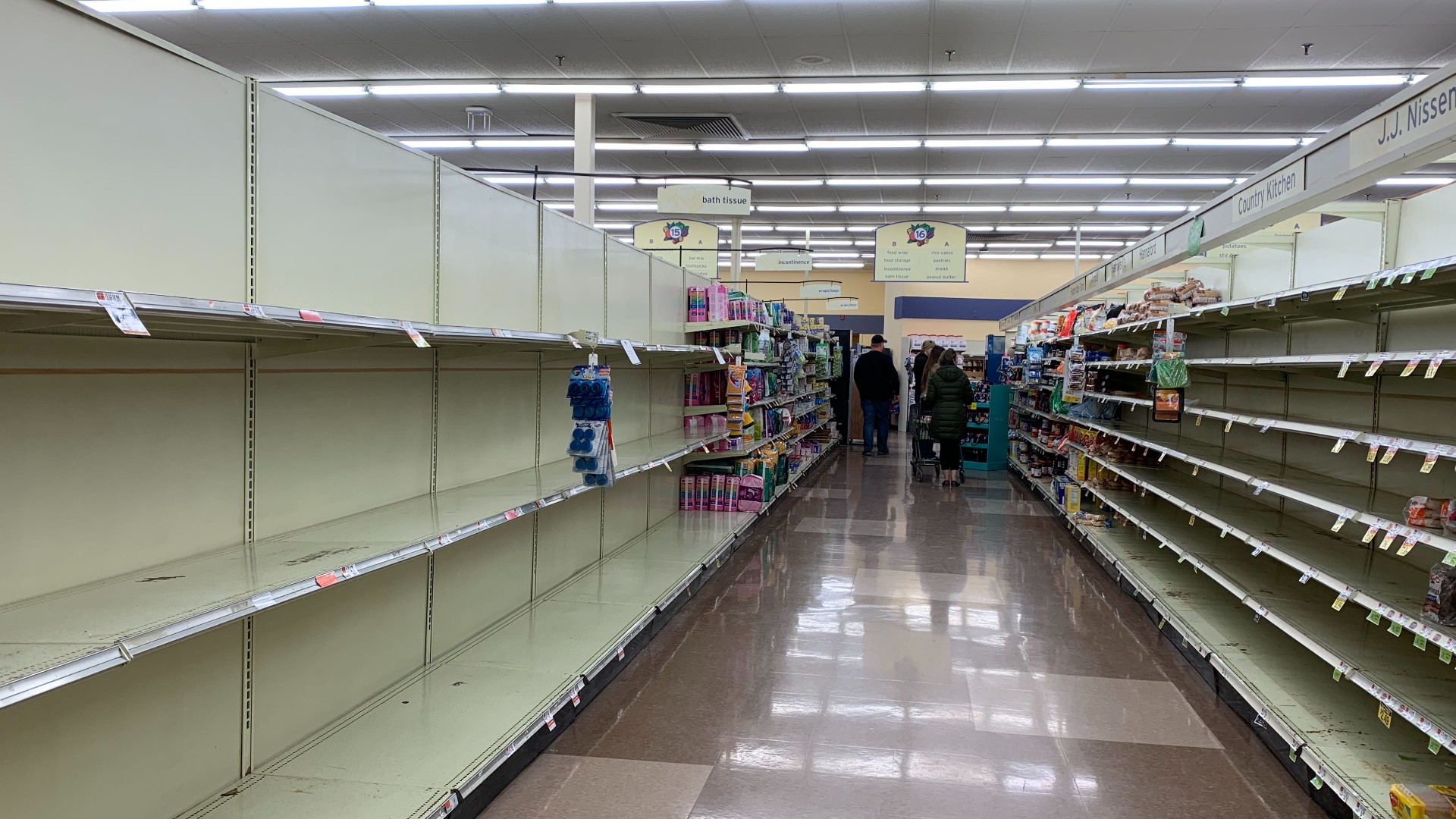 In the wake of coronavirus, Mainers are taking to their local stores, buying whatever they can in preparation for social distancing, the closing of schools, and the move of some work from offices to home.

Teresa Hodges is a supervisor for the Tom T. Convenience stores in the Bangor area. Although they are by no means a major supermarket, Hodges says she and her Tom T. staff have still seen a shortage of supplies -- in particular, toilet paper.

Hodges says the Tom T. stores have been flooded by calls from people asking about what supplies are available. Staff have tried to restock toilet paper but have had no luck so far. They've reached out to bigger companies, like Sam's Club and Target, but have found that those businesses are also having trouble with their supplies.

"I had just made a quick phone call to a janitorial service to see if I could order a bigger box of toilet paper, and they don't really have enough to keep up with their demand to let an outside, personal sale go through," Hodges explained to NEWS CENTER Maine.

Some food items, like breads and meat, are also flying off the shelves at stores. Ericka Dodge, the external communications manager for Hannaford, released a statement to NEWS CENTER Maine, saying:

"We are working as quickly as possible to replenish specific high-demand items when a low inventory occurs. We're in close contact with our suppliers, so that we can keep our shelves stocked and serve customers."

RELATED: Facts Not Fears: 'Presumptive positive' vs 'positive' COVID-19 cases; what they mean

The Washington Post reports that the toilet paper shortage is a nationwide problem, calling it "sporadic" and "regional". The Post did add that this lack of toilet paper should be relatively brief, since the sudden surge in demand is likely to subside -- and about 90 percent of toilet paper used in the U.S. is made here, according to the industry.

Health experts say that when it comes to empty shelves and item shortages, people shouldn't necessarily be alarmed. It is all part of what some call 'panic buying'.

Brandon Libby, a medical physician at Northern Light Eastern Maine Medical Center, told NEWS CENTER Maine he thinks a big reason for this excessive buying is anxiety and fear of the unknown. Most of us have never experienced something like this before, so it makes sense that we might try to be prepared by stocking up on daily life items.

When it comes to a lack of hand sanitizer and soaps, people know that hand washing is a key to stopping the spread of the coronavirus, so they're stocking up. In terms of the shortage of toilet paper, there is really no substitute for that product, like there would be for foods, where there's a variety. Additionally, everyone uses the bathroom, so toilet paper is a necessity that people get worried about not having if something like a quarantine were to happen.

"(It) puts a fear in the consumers' minds of 'I'm not going to be able to have this, so stock up, take what you can,'" Hodges relayed about what she's seen in stores the past few days. "It's becoming an argument. Everywhere you go, someone is arguing over the toilet paper or the paper towels or the hand sanitizer, (or) Lysol spray."

To combat the issue, some stores are now putting a customer limit on certain items. Governor Janet Mills is also reminding people to please consider others when out shopping and leave enough for your neighbors.