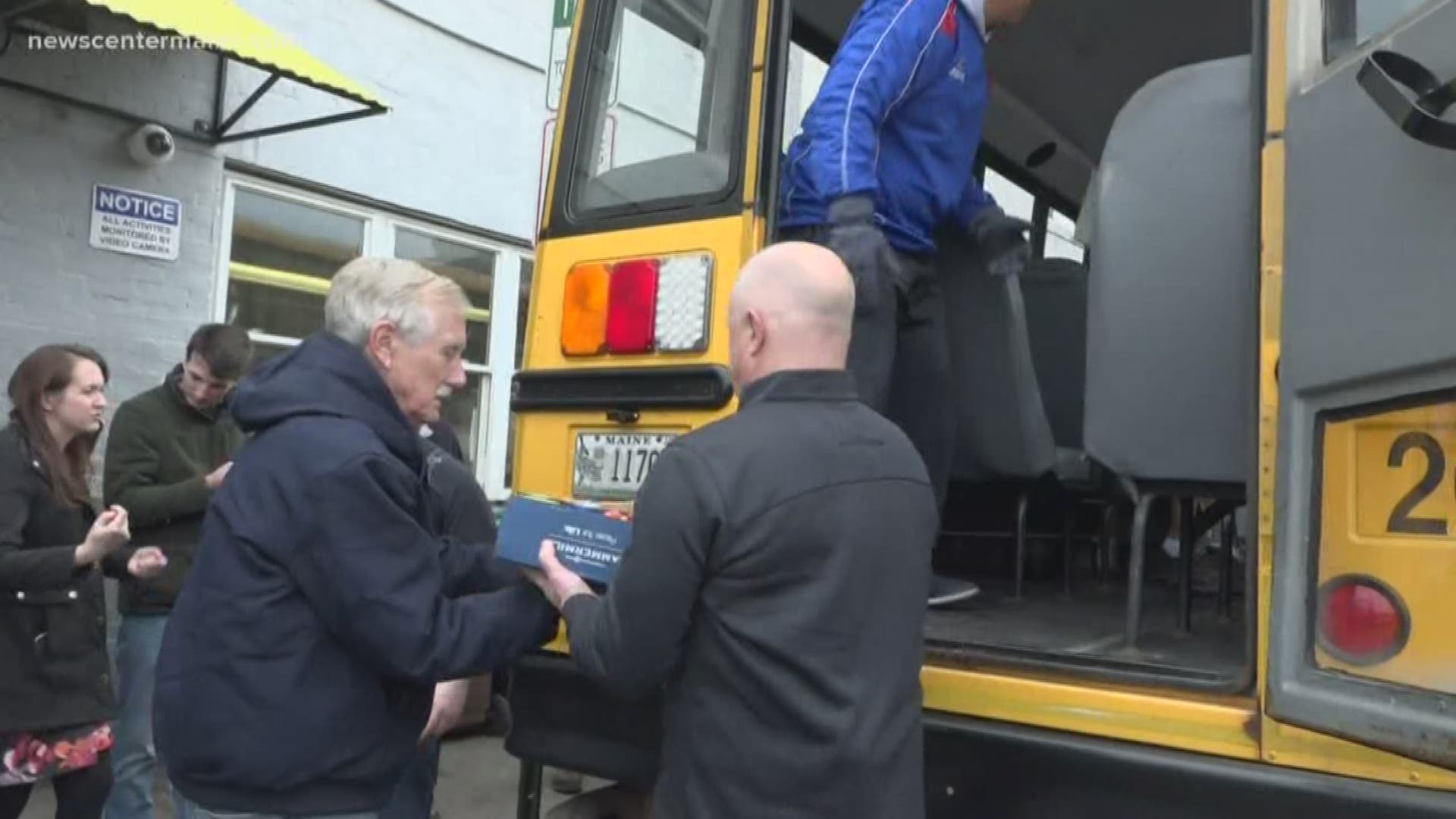 This year, Maine's own Senator Angus King was among volunteers who came out to unpack the bus and transfer the donated goods into the shelter.

Players from Portland's Rugby team were also there lending a hand.

Those at the shelter say the food collected will help feed families throughout the entire cold winter months.

"It's just a really nice way to start the holidays," Sen. Angus King said. "It reminds you of what we are supposed to be all about -- which is giving thanks and sharing it with other people so, this is the place to do it."

Organizers say students in Portland and surrounding towns collected thousands of pounds in donations and that Mainers helped finishing stuffing the bus earlier this week.

They say this is their chance to give back to their community and to a shelter that provides more than 630,000 meals every year to people and families in need.