Winter surfing is nothing new, but the demand for gear is so strong surf shop owners are having a hard time keeping up. 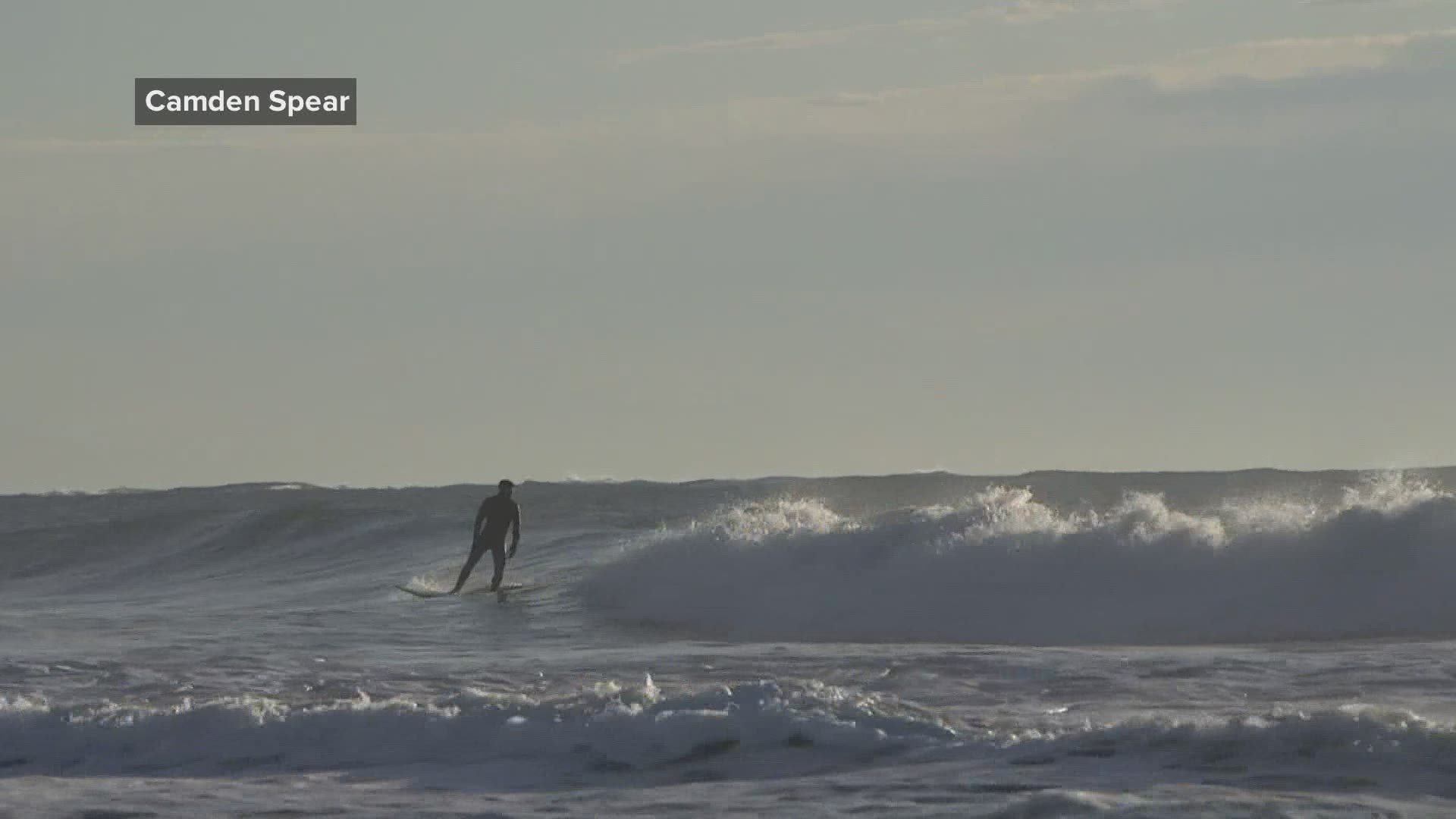 SCARBOROUGH, Maine — The pandemic and the relative isolation that comes with it is prompting a lot of people to try something new. Something they never had the time to do before.

For example, a lot of people appear to be bundling up and grabbing their boards.

Did you think we meant snowboards?

"I was an extreme boogie border, so this was the next step up."

Crystal Ouimette has been surfing almost her entire life.

As the co-owner of Black Point Surf Shop in Scarborough, Ouimette said she has definitely seen more people diving into the cold to catch a wave.

"We got a lot more surfers now," she said.

She thinks, in part, it's because when people are working from home, their schedules are more flexible. So they can surf when the conditions are just right.

"But the issue that we're having is there's nothing. I can't order winter boots if I sell out of them. Winter suits I literally don't have any. I have two women's suits hanging left. That's it."

She said it's likely due to a shortage of the material needed to make the suits, boots, hoods, and gloves.

"Normally we stay super stocked all winter we have access to reorder if we had to, but there's no neoprene there's a crazy rubber shortage just due to production delays more or less."

Even so, after a wipeout of a year, this winter the saltwater will perhaps be as popular as the slopes.

Ouimette said one thing to keep in mind is that if you already have a wetsuit that works in the summertime it may not be warm enough to keep you safe in the cold.

"For a lot of people, it's been that saving grace." To get outside and to find some fun more people are grabbing their boards - and we don't mean snowboards. However, retailers can't keep up with the demand for winter surfing gear. More at 5 #NEWSCENTERmaine pic.twitter.com/5Xh7pqAccB

RELATED: Every morning for five years surfers clean-up the Maine beach they love

RELATED: 2024 Paris Olympics surfing event to be held in Tahiti