S. Portland, Westbrook residents to be graded on recycling

Ecomaine interns will be popping the lids on hundreds of recycling bins to educate residents, but it will also save involved municipalities thousands of dollars. 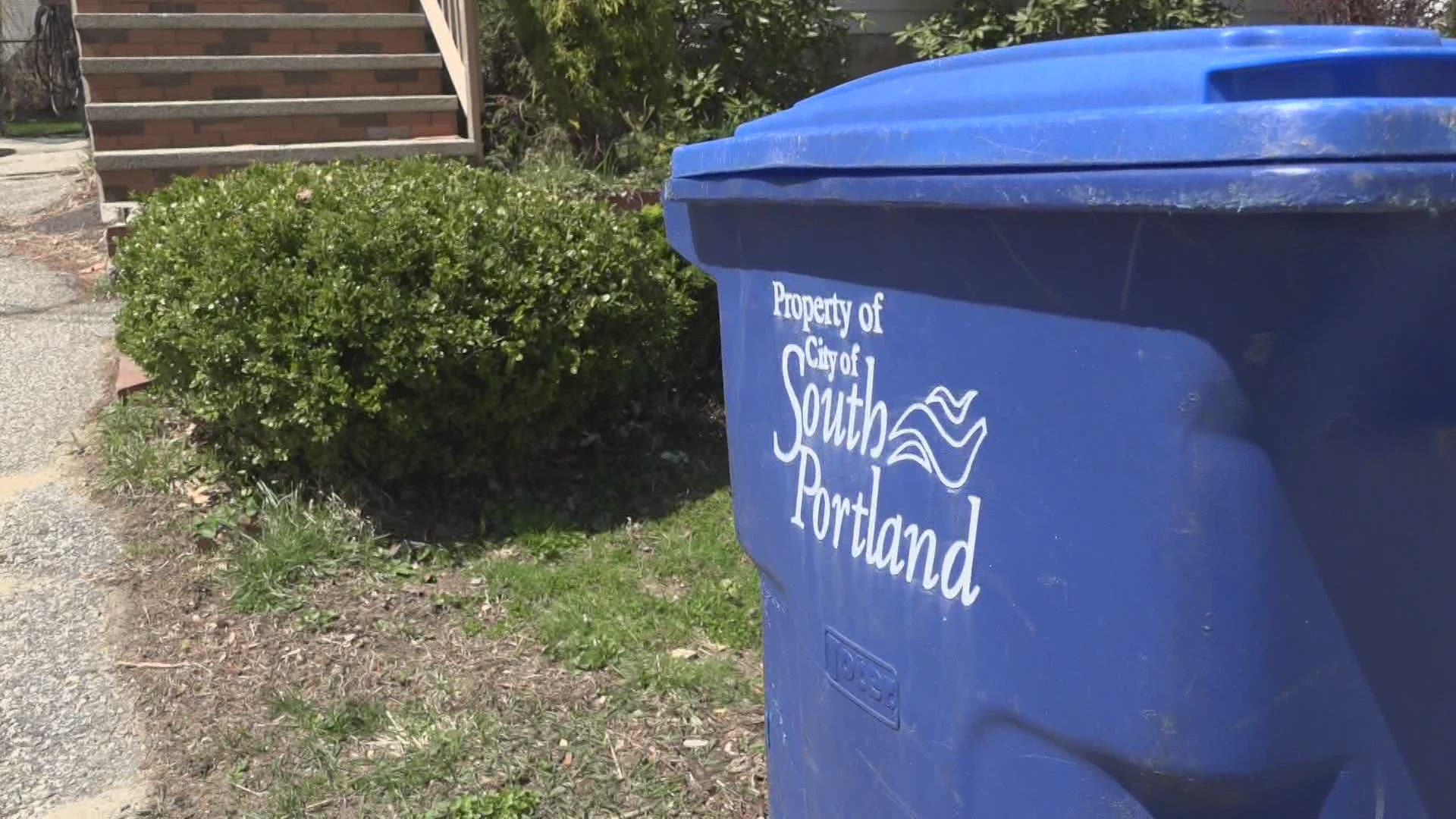 PORTLAND, Maine — Before you yell out your window at a person dressed in a construction hardhat and a high-visibility vest who's peeping into your recycling bin, know that a program is underway to grade residents in South Portland and Westbrook to see how well people are sorting the trash from the recyclables.

If the person isn't from ecomaine, then feel free to do your thing.

Starting August 14, interns with ecomaine will be hitting the streets of South Portland. Matt Grondin, the communications manager at ecomaine, says about 500 bins will receive a color-coded grade. The tags will have the color green, yellow, or red, depending on how much trash is mixed in with items that can be recycled.

“Red is really reserved for the items that are trash," said Grondin. "The things that really ruin a cart of recycling. The dirty smelly trash that gets into everything when you put it into the wrong bin.”

If your recycling bin gets a red mark, it won't be picked up. Interns will be inspecting the bin by glancing inside, not rummaging through it.

Westbrook, a new community to the program was seeking more education to make sure residents are recycling properly. Their two-day program begins next week. Grondin estimates between 500-1,000 bins in Westbrook will be checked.

If helping mother nature and sustaining the next generations aren't enough to get you to recycle, maybe saving the taxpayers' coin is.

“Last year we saved about $4,000 per town on average over the span of six to eight weeks, which is not nothing," said Grondin. "By recycling properly residents can have a real impact on their local revenue.”

With the ongoing pandemic, more takeout containers, online deliveries, and groceries are producing more trash and recycling than ecomaine has ever seen, which isn't necessarily a bad thing for the nonprofit single-sort recycling facility. Some of the materials being sorted help produce more paper towels, cardboard boxes, packaging materials, and you guessed it...the highly sought-after toilet paper.

"Those are all things that are made out of recyclable materials. So when people recycle properly we are able to sort it and get it out and made into new things again,” said Grondin.