Despite his short life expectancy, the one-year-old pup was adopted by a family in Westbrook last month. 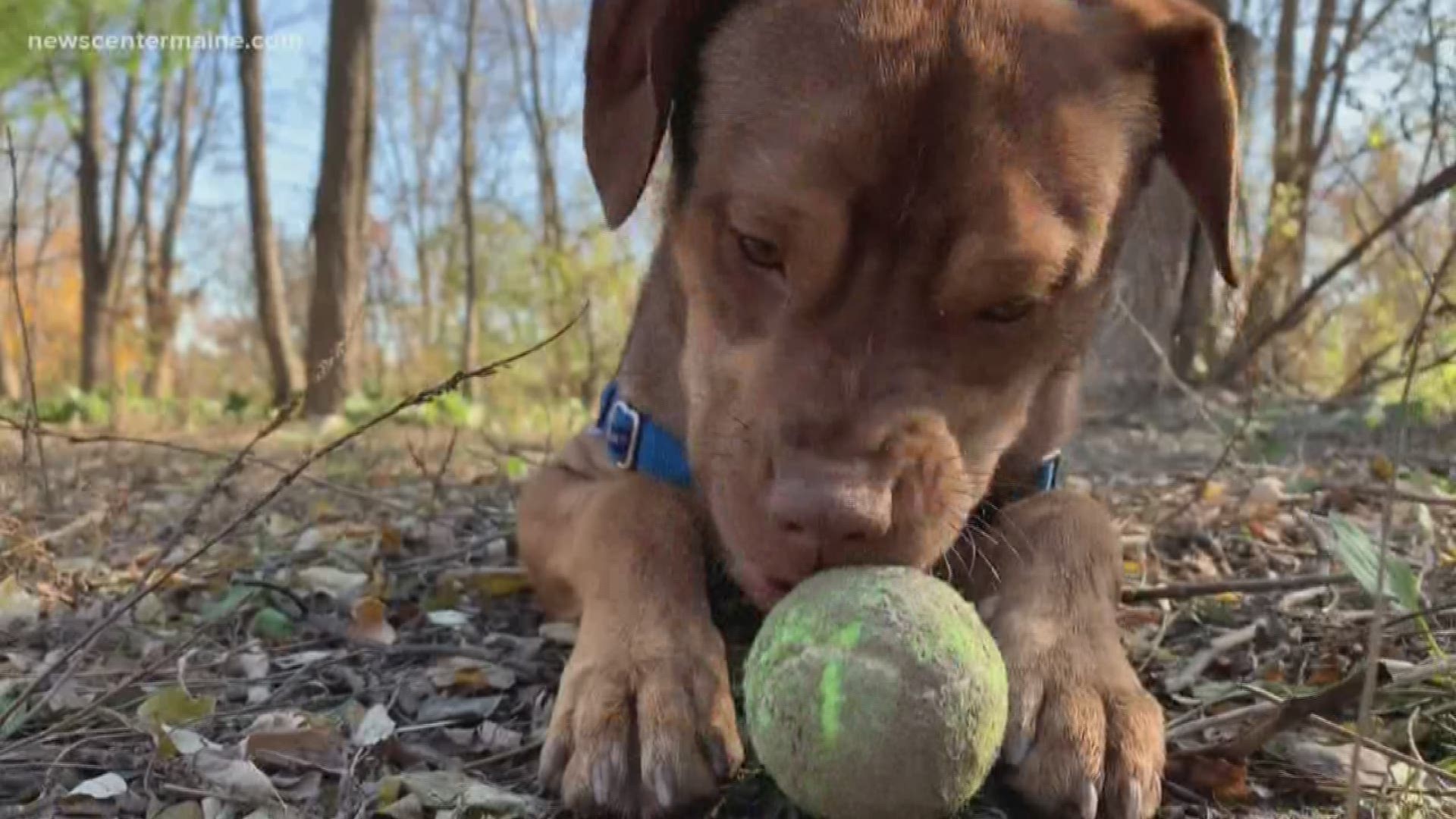 PORTLAND, Maine — Rusty the pup is just like every other dog, only he was born with a liver shunt.

That means the one-year-old has a rare condition that prevents his body from detoxifying his blood properly. Ultimately, preventing him from living a long and normal life.

When the Animal Refuge League of Greater Portland sent out its weekly newsletter last month asking for help finding him a hospice home, Kristen Connelly knew immediately that he was the right dog for her family.

"Just seeing him, I knew it in my heart I wanted him," Connelly said. "He was mine."

Connelly says Rusty had no problem fitting in with the rest of the pets in their family. In fact, unless you know he is sick, you wouldn't be able to tell just by looking at him.

However, because of his condition, Connelly has to make sure he gets his medicine twice a day, is fed five small meals a day and can't let him play longer than about 30 minutes.

"It's heartbreaking knowing his outcome, but we make the best of every day we have with him," Connelly said.

Connelly says there is no real way to predict how long Rusty has left, which is why she wants to make every day for him a good one. That means lots of trips to the dog park and lots of snuggles in bed.

"It's hard, especially when he's cuddling and you just know that he's so young and doesn't have the long lifespan that a normal, healthy dog would have," Connelly said. "I just love him so much, so I'll keep him close by and do whatever I can to keep around as long as possible."