The whitewater river park will run through the Kennebec River in downtown Skowhegan revitalizing the town. People will be able to kayak, tube, surf and paddle! 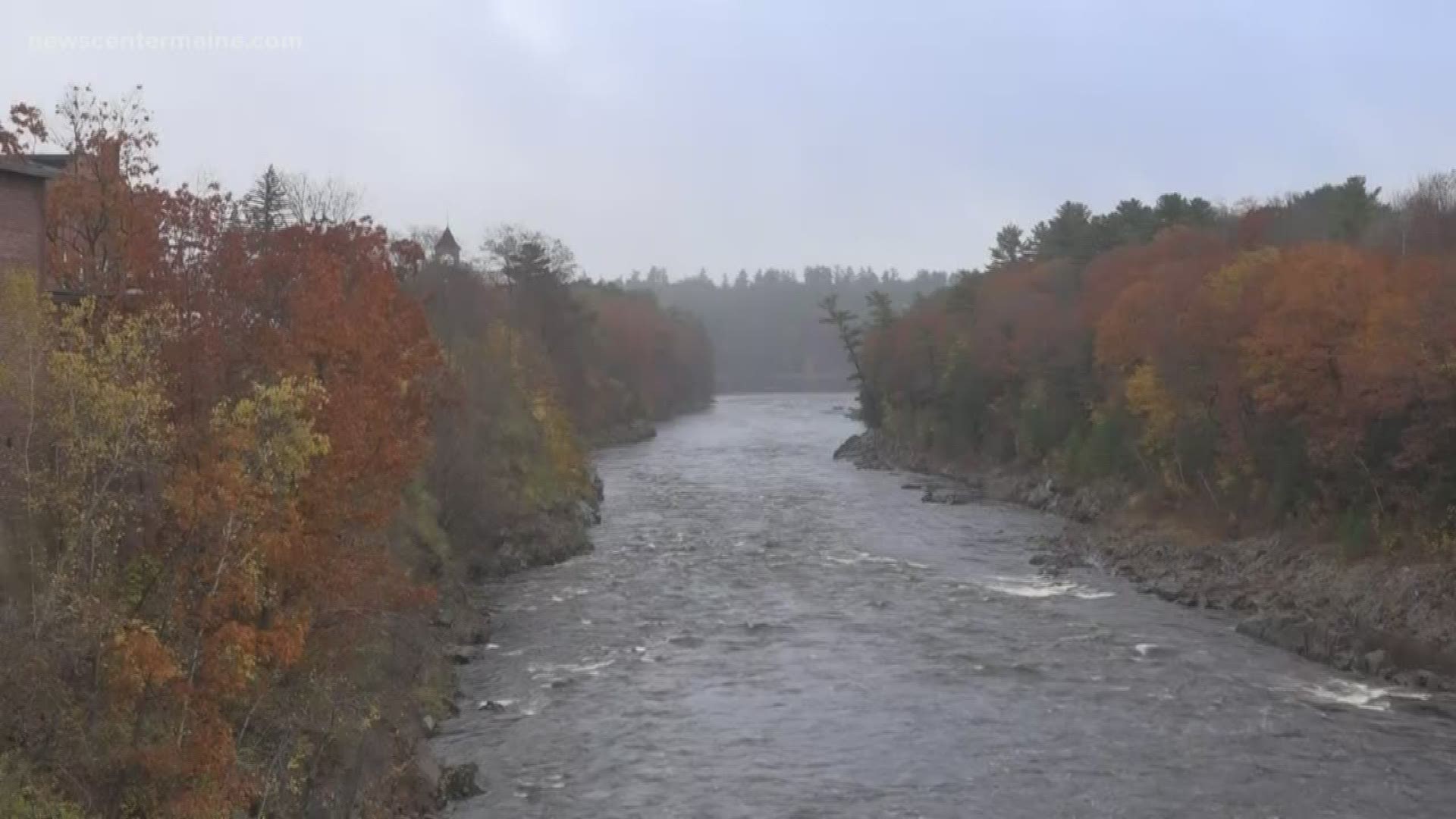 SKOWHEGAN, Maine — About 20 years ago a group in Skowhegan started thinking of how to utilize the Kennebec River, as it has always been Skowhegan's main focal point.

The Kennebec River was once a spot for harvesting ice and an efficient means of transporting wood logs down its path but now a new plan has emerged for New England's first whitewater park.

“There is potential for the river to be our lifeblood again with this whitewater park and this plan for a recreation area,” said Kristina Cannon, the Executive Director of Main Street Skowhegan.

Cannon's primary focus is to revitalize the town of Skowhegan and is positive this recreation park will do just that.

The river will be an “anything floats” type of park for everyone to do what they enjoy most. Benches are going to be installed for those who just want to relax and watch.

Many ask if the water is clean and safe to swim in.

“I think that there is a misnomer that back in the 70s when the log drives were happening, the water was dirty but since then it’s been cleaned up, and the water is great,” said Cannon.

Cannon has traveled with the town manager of Skowhegan, Christine Alamand to other river water parks around the United States to get a better idea of whatis possible.

“To bring back stories and information, and for people to know more about what these parks are and the potential for the impact in Skowhegan,” said Cannon.

“It was quite eye-opening, something like this is definitely a game-changer in any community,” said Christine Almand, the town manager of Skowhegan.

So far the 'Run of River' project has raised about $1.6 million. The price tag of Maine's first whitewater park is $5 million.

Kristina is currently spreading the word and going to community events outside of Skowhegan! On Tuesday she headed to the Mid-Maine Chamber of Commerce to spread the word about the water park.

“I'm a Skowhegan native, so for me it’s really exciting to think about the economic impact, and so I think it can be sort of the cherry on top to make Skowhegan newsworthy,” said Erin Merrill, a member from the Mid-Maine Chamber of Commerce.

The whitewater park is expected to open the summer of 2021 and is officials say it will create 40 jobs.

'Run of River' will also be opened all year round.