Maine parents divided about whether masks should be required in schools

The MSAD 58 school board voted 11 to one to recommend but not require the use of masks in schools, and some parents are worried about their unvaccinated children. 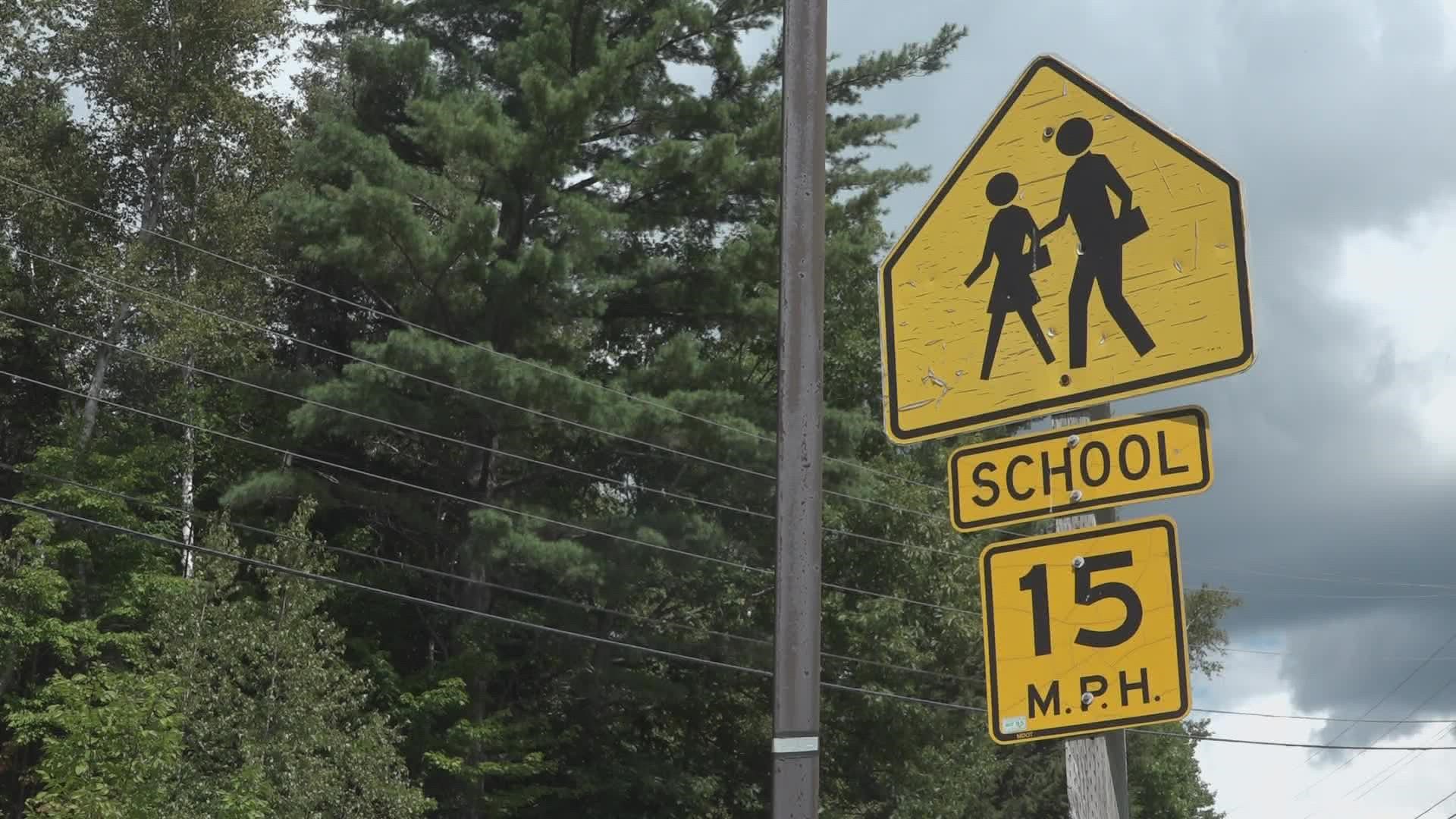 KINGFIELD, Maine — Should the use of masks be required in schools or not during the pandemic? For weeks, that has been one of the biggest talkers around the state and the country, as students return to classrooms. In Maine, the decision is made on a district by district basis, which means some parents are frustrated and unhappy.

Both the Maine Center for Disease Control & Prevention and Department of Education strongly encourage the use of masks in schools, but that doesn't mean all school districts in Maine are requiring them. That includes MSAD 58 in the western mountains, which includes the towns of Phillips, Avon, Kingfield, and Strong, and has about 580 students total. The school board recently voted 11 to one to recommend but not require masks.

It’s a heated conversation happening on the local and national levels — should masks be required in schools? I spoke with Maine parents on different sides of the issue. Hear their frustrations on @newscentermaine at 6:30 a.m. #wakeMEup pic.twitter.com/dS1z20eV4h

"My son I feel very anxious about because he's not eligible for the vaccine, as of yet," said mother Julie Swain, noting she has been constantly talking herself "off the ledge."

Swain has two kids. Her 11-year-old son attends Kingfield Elementary School and started classes on Wednesday. She said his situation compared to her 15-year-old's daughter situation is like "two different realities." Her daughter has received the vaccine and attends Carrabassett Valley Academy, where Swain says about 95 percent of the student population is vaccinated.

Swain is part of a group of parents that has been calling and writing to the district's superintendent and school board members, asking them to reconsider. She said their group has more than 100 signatures in support of the effort. Swain said she's worried that without a mask mandate in place, children (including her son) will succumb to peer pressure and won't end up wearing masks.

"I feel like we're sending our kids off into such a bad situation," Swain said, later noting, "It's a bummer. No one likes to wear masks, but it's just where we're at again."

MSAD 58 superintendent Todd Sanders spoke with NEWS CENTER Maine on the phone, saying his district isn't the only in the region to come to a decision like this. He said protocol is "certainly going to be under constant review," noting later in an email that the district is following Maine CDC and DOE recommendations for social distancing, vaccinations, and proper hygiene and is working to implement pool testing. He said MSAD 58 follows standard operating procedure per the CDC when it comes to contact tracing and quarantining.

"I did make the board aware that we will have a mitigation plan in place, so that if we should see any kind of spikes in confirmed cases, individual buildings may have to implement some kind of universal masking approach to deal with that," Sanders said on the phone. He said he doesn't have the authority to override the school board's decision but can make recommendations. However, he said he's supporting the decision right now.

"This is not the place where I would sort of loosen up, you know, with our kids -- especially our young kids who don't have any other form of protection available," Adam Masterman, another MSAD 58 parent, told NEWS CENTER Maine. One of his two daughters isn't yet old enough to get vaccinated. He said she will be wearing a mask in school but is worried that might not be enough.

"Everything that we're hearing from the CDC and from doctors is that my child's mask will mostly protect other kids," Masterman said.

Masterman is a teacher at MSAD 54's Bloomfield Elementary School in Skowhegan -- about 45 minutes away. In that district, masks are being required right now, a decision Masterman said he supports.

It didn't come without debate, though. In a statement, MSAD 54 superintendent Jonathan Moody said, "We absolutely recognize that good people, our friends and neighbors, have differing views on masking in school and we respect that. We are hopeful there will be a time this year when we will no longer require masks in school, but for now, we believe strongly that masking is the best approach."

MSAD 75 is taking a similar approach by requiring masks, which has some parents feeling unhappy.

"If you want your kid to do it, by all means -- but don't go around telling everybody else that they have to do it," said Andy Wallace, parent to a sophomore at Mt. Ararat High School. He founded a private Facebook group called "Parents for Liberty" to push against the mandate and said it has close to 300 members.

"I feel like there's just too much backpedal," said fellow sophomore parent Tiffanie Taylor Connors, her husband, Patrick, nodding in agreement. Tiffanie said her daughter has autism and anxiety, and trying to learn when she and others are wearing masks can be difficult for her.

"I know that she struggles with the ability to stay in school and stay focused, let alone to hear somebody through something that's muffling their tones," Tiffanie said.

Some of these parents on both sides of the issue expressed that switching schools has been a consideration of theirs. Superintendent Sanders said he encourages parents to continue to come out to school board meetings to voice their opinions.