The international bridge that connects Madawaska to Canada is 100 years old and in critical condition. 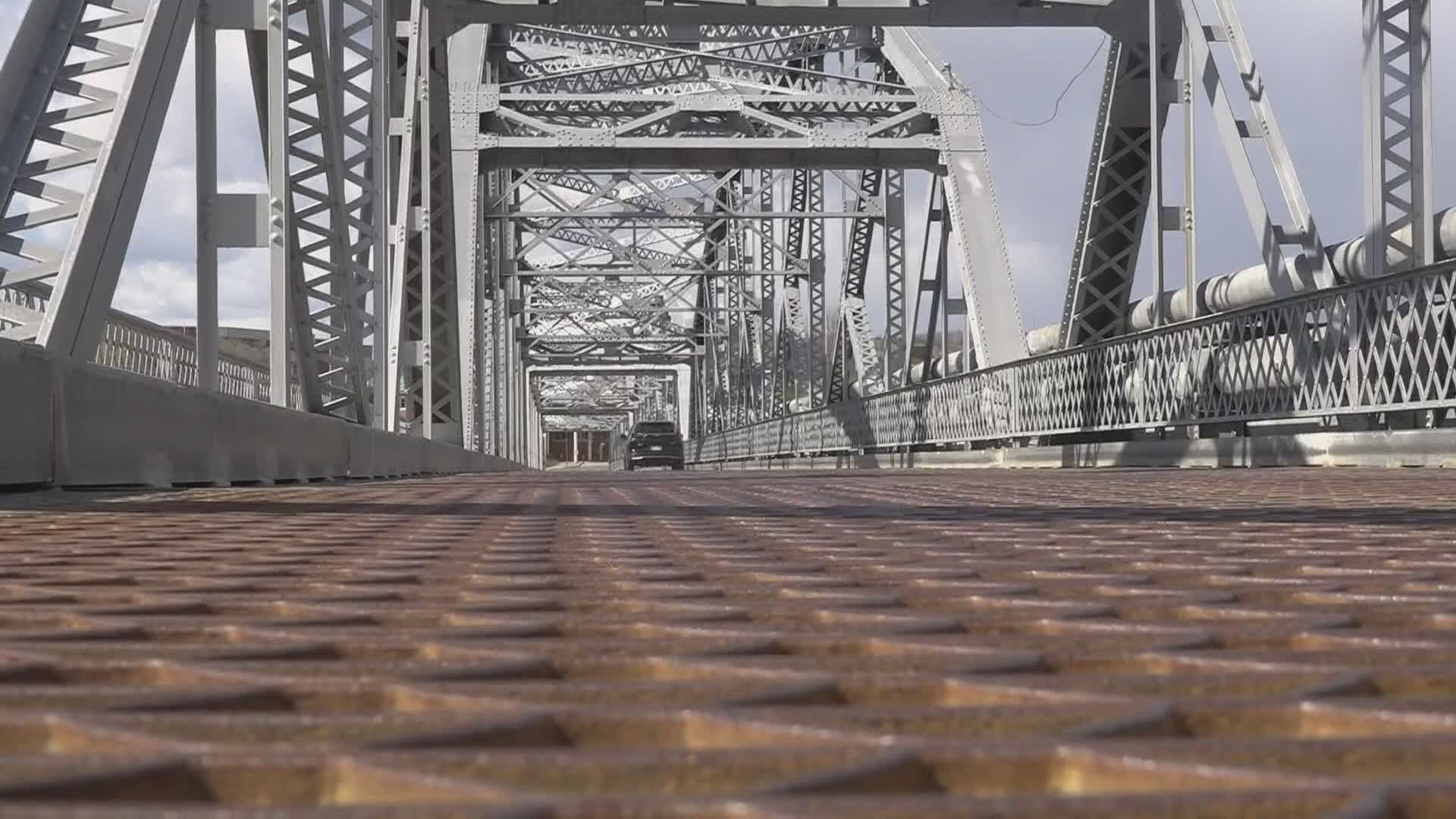 MADAWASKA, Maine — The international bridge that connects Madawaska to Canada is 100 years old and in critical condition.

"We are beginning work really this week, to build temporary access, we have to build a temporary work trestle across the river, and so we'll get out there and use that to build a new bridge," Jack Parker, CEO of Reed & Reed said.

The new bridge will be replacing the 100-year-old structure that currently only has a five-ton weight limit, which limits truck traffic between the two countries at the border.

The international bridge between Madawaska and Edmunston is 100 years old and is in critical condition. After 4 years of replacement planning, construction company ‘Reed & Reed’ will kick off work this week.
I went up to check it out and will bring you more at 5 @newscentermaine pic.twitter.com/4Z3iYZerDY

The total cost of the new project is estimated to be around $98 million.

Picard said COVID has been the biggest setback to keep this $98 million project on track.

Maine-based construction company 'Reed and Reed' was awarded the bridge construction project last month. All that work is expected to take about two years and then the bridge now standing will be demolished.

"It's over 1,800 feet long, so that would make it one of the longest bridges in the state of Maine," said Parker.

"Be the state of Maine, New Brunswick, the town of Madawaska, the city of Edmunston, sewer departments, broadband, Eastern Maine Railway..." added Picard.

After four years of planning, Picard said the replacement has been long-awaited. "It is a busy port of entry that we share with Canada and there is a lot of traffic, and I'm confident there will be more economic activity associated between the two," said Picard.

Jonathan Roy owns the Inn of Acadia. Roy is confident the new bridge will boost the area's business.

"The outlook for a new bridge, for tourism, for this business, for other tourism-related businesses, is going to be great," Roy said.

"In the meantime, we've been preparing some of the plans we are required to submit, we have some folks up there now, and we've hired some local people," Parker said.

A relationship between two nations will be even stronger than it is after the completion of a bigger and better bridge between the two borders.

To learn more details about this project, check out this report by the Maine Department of Transportation.