Facebook group 'Quarantine Karaoke', created by a man from Brewer, has connected with American Idol for the show's upcoming season to recruit singers. 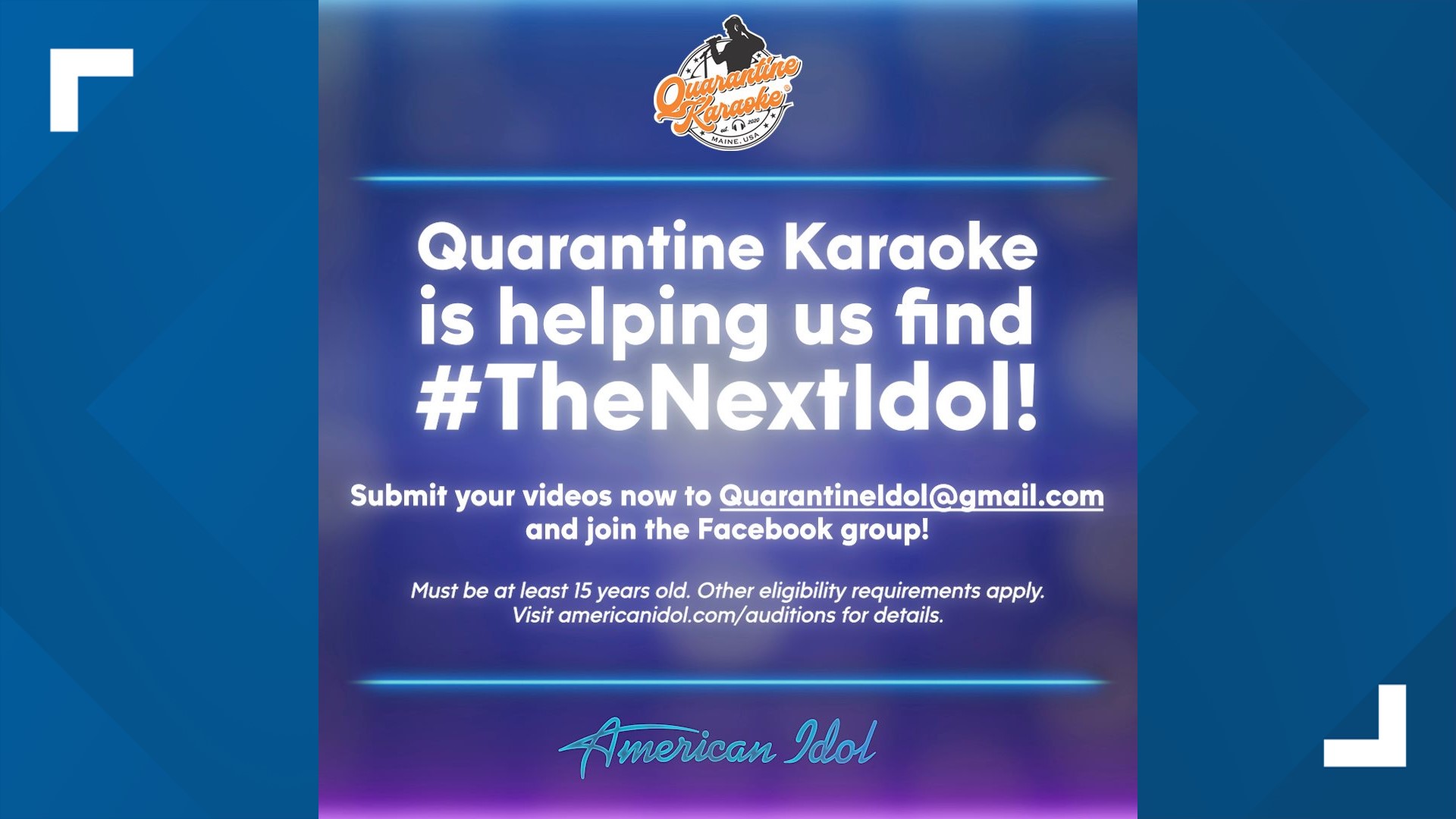 BREWER, Maine — A Facebook group born in Maine during the coronavirus pandemic could be the pathway to stardom for one lucky singer.

'Quarantine Karaoke', created by a man from Brewer, has connected with American Idol for the show's upcoming season. According to group creator, Joseph Meyers, American Idol reached out to them, asking if it could use the group, with more than 700,000 members from around the world, to recruit people for the show.

Meyers says they've been approached by a lot of shows, including The Voice. American Idol discovered Quarantine Karaoke because a casting producer apparently had a friend in the group who liked the community-like atmosphere.

Facebook group #QuarantineKaraoke, started by a man from Brewer, has more than 700,000 members worldwide now -- likely a reason it caught the attention of @AmericanIdol. Details about a new collaboration for the show's next season on @newscentermaine at 6 a.m. #wakeMEup pic.twitter.com/Bgg0j6oZD8

Now, American Idol is marketing Quarantine Karaoke on its social media platforms with the goal of driving traffic into the group. Group members can submit a video to the page using #QKIdol and email it to quarantineidol@gmail.com. At least five "front of the line" passes will be awarded, which allows performers to join an invite-only Zoom audition with the Idol Audition Team.

Quarantine Karaoke team members say they're excited for their singers to have this opportunity.

"You're still able to maybe take that dream shot but from within your comfort zone of Quarantine Karaoke now -- within a private group that you've been able to establish awesome relationships and know people care about you," Meyers expressed to NEWS CENTER Maine via Zoom.

"It's just surreal -- just the people that we're connecting with that we never would have even met, if it wasn't for this group," Kevin Morneault added.

If you are chosen, the American Idol team will contact you. To apply, you must be at least 15 years old. The competition is running for two weeks from September 11-24. Anyone who applies for this opportunity can still audition regularly online.