The 'Freedom and Captivity: Maine Voices Beyond Prison Walls' exhibit will be up at the Portland Media Center on Congress Street through October 2021. 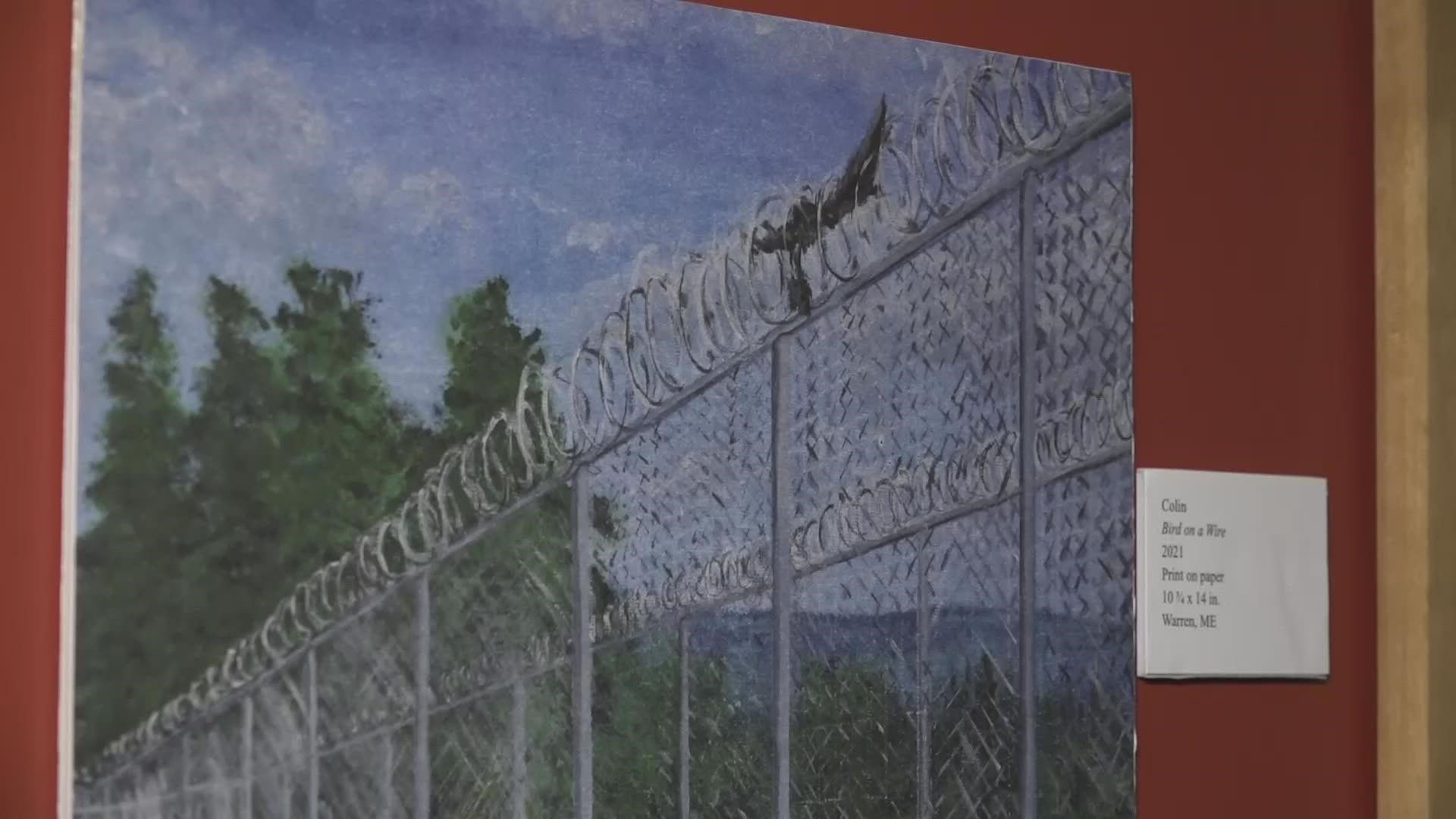 PORTLAND, Maine — If you pass the Portland Media Center on Congress Street, a display in the large glass window may catch your eye. Positioned for the world to see are a bald eagle sculpture, with life-like claw and feather details, and a glossy butterfly vase, carved out of mahogany. The craftsmanship is impressive, but the artist actually comes from a very untraditional background.

"My sentence is 75 years, and I've been here for 25 years. I came in when I was 20," 45-year-old Charlie Jones explained to NEWS CENTER Maine via Zoom about his time at the Maine State Prison. He's the man behind the making of these works of art, but he said carving is a relatively new hobby for him. He discovered the craft in the industries program in prison.

"At 20 years old, I didn't think I had any particular skills," Jones recalled, also noting that he still doesn't consider himself an artist. He said carving is therapeutic for him, going through the step-by-step motions to reach an end product. It's also a way to think about something other than what he calls the "worst mistake" he ever made that landed him in prison.

He also said it can sometimes feel like he's serving "someone else's sentence," since he says he has changed and grown since his crime.

An art exhibit up now at @portland_media_ features only pieces created by people in Maine’s prison system. I’ll explain how this exhibit has given prisoners a sense of purpose (and why organizers say that’s important) on @newscentermaine at 6 and 6:30 a.m. #wakeMEup pic.twitter.com/Fg6ABBKaEw

Jones is one of a number of Maine prisoners whose artwork is being featured in the Portland Media Center's "Freedom and Captivity: Maine Voices Beyond Prison Walls" exhibit that has been up since September. For many, knowing their work would be displayed publicly has represented a sense of purpose. Jan Collins, the assistant director of the Maine Prisoner Advocacy Coalition, said that's important.

"For us to be releasing people who are good neighbors, we need to treat them like we would treat any person: humanely," Collins expressed.

She said most people who are incarcerated will be released at some point, and honing in on skills during their time in prison may make that process more successful.

"There's nothing more important than all of us feeling like we're worthy of being here on this planet," Collins said.

The exhibit also has another purpose: to show Union of Maine Visual Artists gallery visitors another side of prisoners.

"I think people are surprised at the work that comes out -- but they also forget that we're all many-faceted. We're human beings," Lesley MacVane, the development director at the Portland Media Center and liaison between the UMVA gallery and Center, said.

McVane said the creative instinct in people is strong, and creating artwork helps people express their emotions in a healthy way to feel a sense of pride.

"The people whose art we're seeing here are more than just an act they did at one time in their life," MacVane said.

The artwork featured in this exhibit ranges from sculptures to paintings to poems to music to knitting -- and more. Some pieces address the artist's incarceration, while others do not. The exhibit will be up through October 2021. 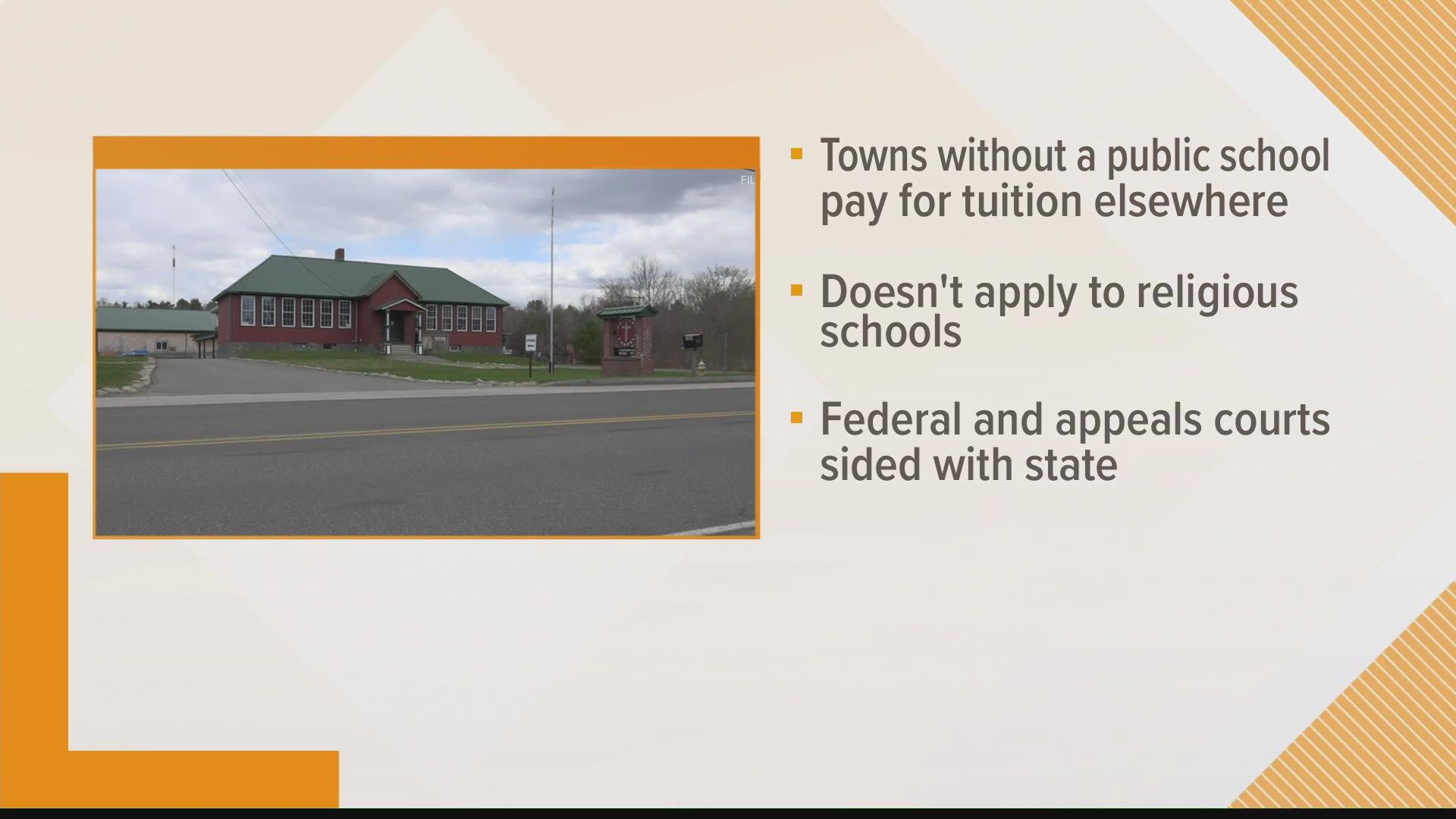