Portland officials are asking community members to take a survey to determine where $14.6 million of American Rescue Plan Act recovery funds could be best spent. 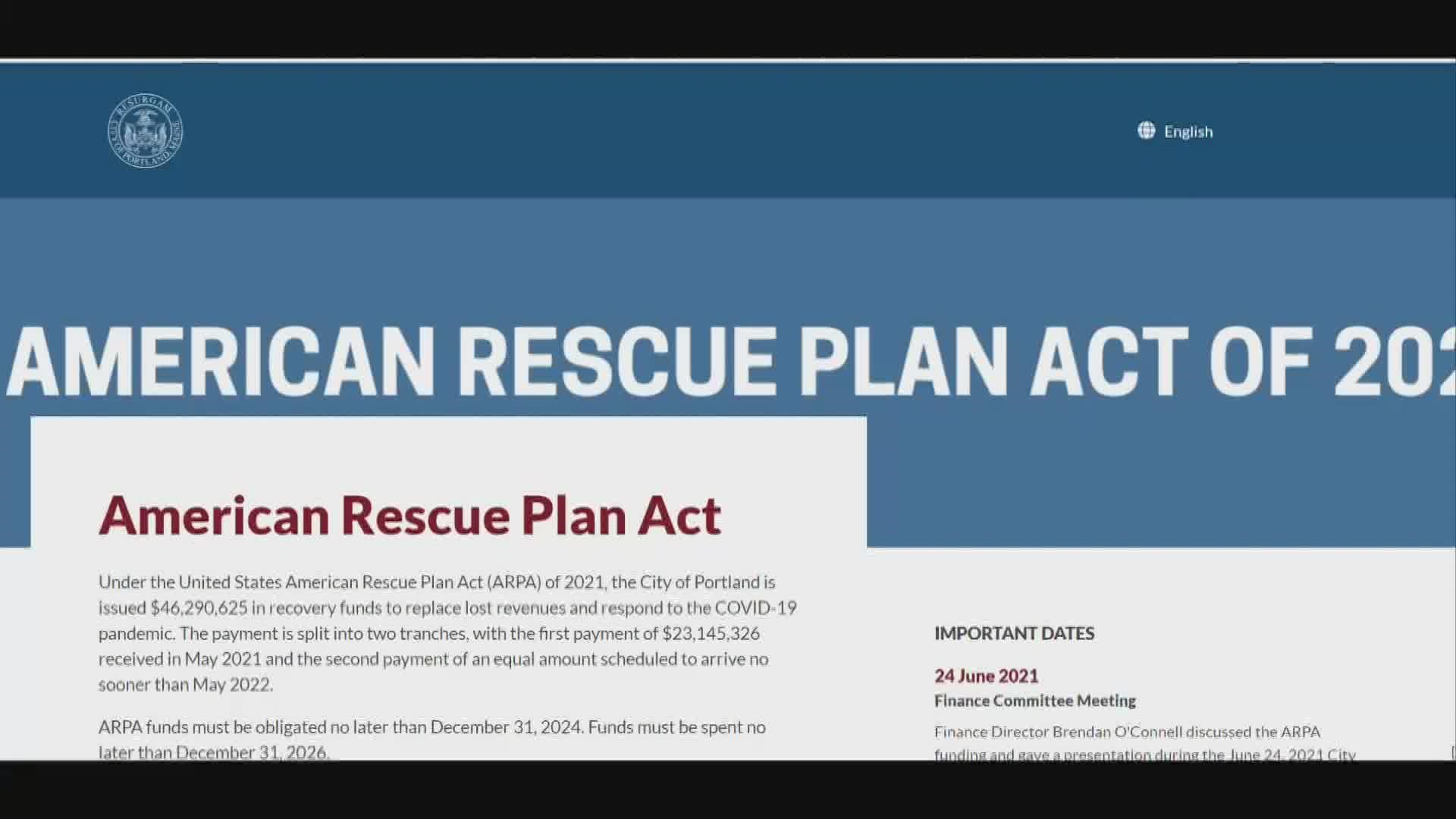 PORTLAND, Maine — After a challenging 16 months and counting, some cities and towns across the country are in the process of deciding how to spend large sums of money they received through the American Rescue Plan Act. The city of Portland is one of them. With more than $46 million total at their disposal, city officials are hoping to hear from community members, regarding where they think some of that funding is needed.

The $46,290,625 of ARPA funds designated to Portland is split into two chunks. The city received the first sum of $23,145,326 in May of this year, and the second sum of the same amount is expected to arrive no sooner than May 2022. Of the funds available to the city now, $8.5 million have been included in the municipal budget to try to close any gaps from lack in revenue in an effort to lift some stress on taxpayers.

Happy Friday! I’m LIVE in Portland to talk about a survey city officials are asking community members to fill out. The purpose — to determine how to spend almost $15 million of American Rescue Plan Act recovery funds. More on @newscentermaine at 6:30 a.m. #wakeMEup pic.twitter.com/ZH78oGGPUw

There's still $14.6 million left from the first sum to allocate, and that's where city officials want community members to play a role. A survey is available for people to fill out online, by selecting and ranking certain needs they think are important. There's also a write-in section where people can express other ideas.

The U.S. Department of the Treasury has some guidelines for possible uses, since the money has to be invested in issues that are specific to the pandemic. The possibilities listed in the Portland survey include:

Per the Treasury, funds generally can't be used for:

Portland Mayor Kate Snyder said community members have a number of different opinions about the needs, and she said she's looking forward to their input and collaboration. She said she was pleased with the amount of money the city received.

This survey closes on Friday, September 17 at 5 p.m. After reviewing the results, city officials will make a decision about funding priorities in October. You can see the project details and fill out the survey here.