The Portland Sea Dogs welcomed their 10-millionth fan to Hadlock Field on August 19. 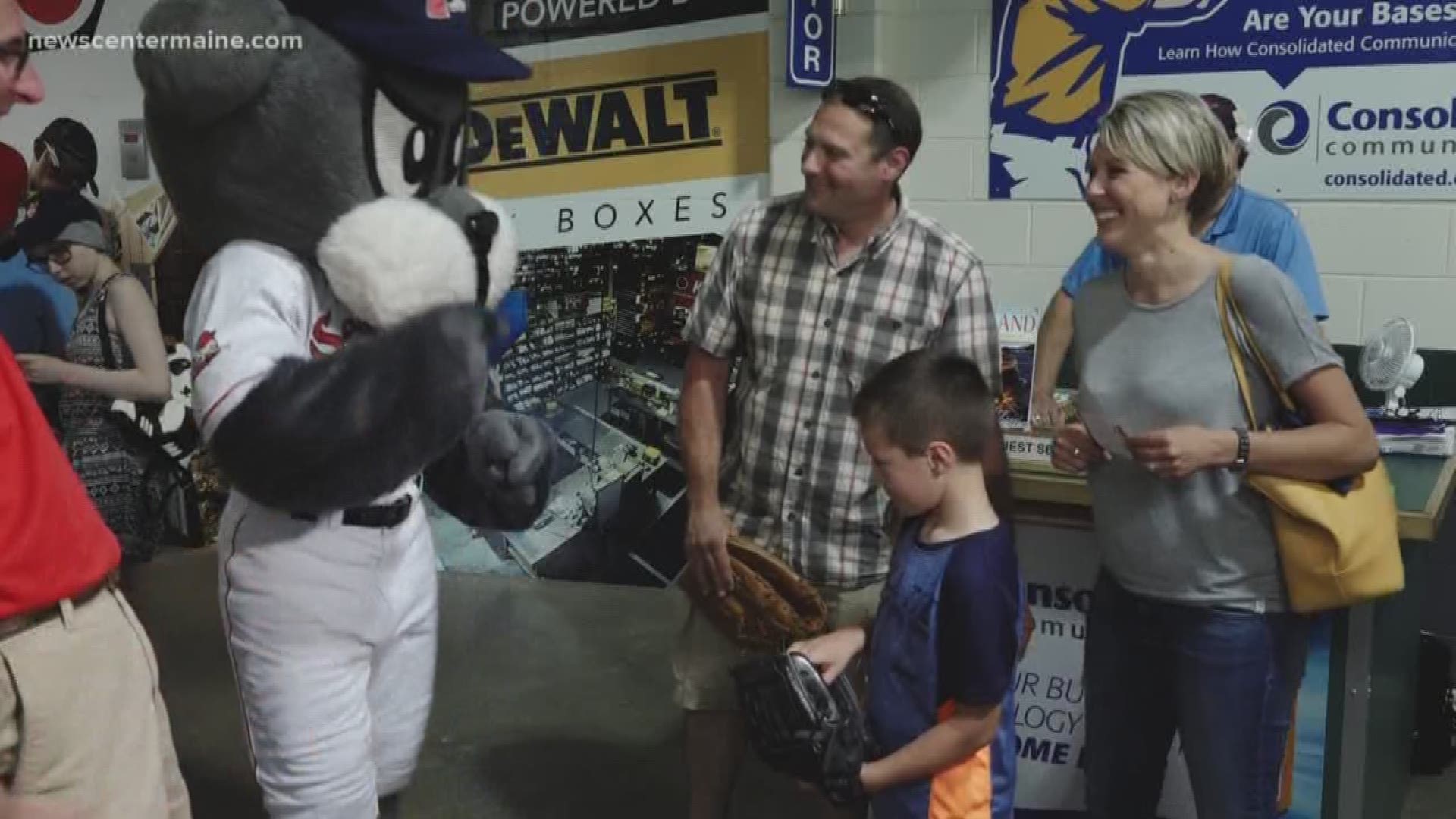 PORTLAND, Maine — Thousands of people lined up outside of Hadlock Field on Monday for a chance at winning a pretty big prize and title.

The Portland Sea Dogs welcomed their 10-millionth fan to the stadium on August 19. This is the 26th season of play for the minor league baseball team -- and fans were excited to celebrate the milestone.

One fan in particular experienced a happy surprise with her family by her side.

Tabatha Berube of Gray said she was "shocked" when she found out she was the lucky fan! The prize goes to the person with the 10-millionth ticket in the team's franchise.

Berube said she and her husband hadn't been to a game in a while -- and it was their kids' first time at the field.

"Big surprise," Berube told NEWS CENTER Maine. "I had heard (about) it on the radio, but I hadn't really thought that was going to be me."

Berube took home a big prize package, which includes Red Sox and Amtrak Downeaster tickets, 2020 season tickets for the Sea Dogs, a special jersey, and a chance to throw the first pitch before the game.

"It looks like we'll be here quite a bit next year, so that's exciting," Tabatha said.

The Sea Dogs have 10 home games left in the 2019 season. You can buy tickets here.