Portland City Council to vote on whether to mandate masks indoors

On Sept. 13, the Portland City Council is expected to meet to vote on reinstating a mask mandate for all indoor public places, regardless of vaccination status. 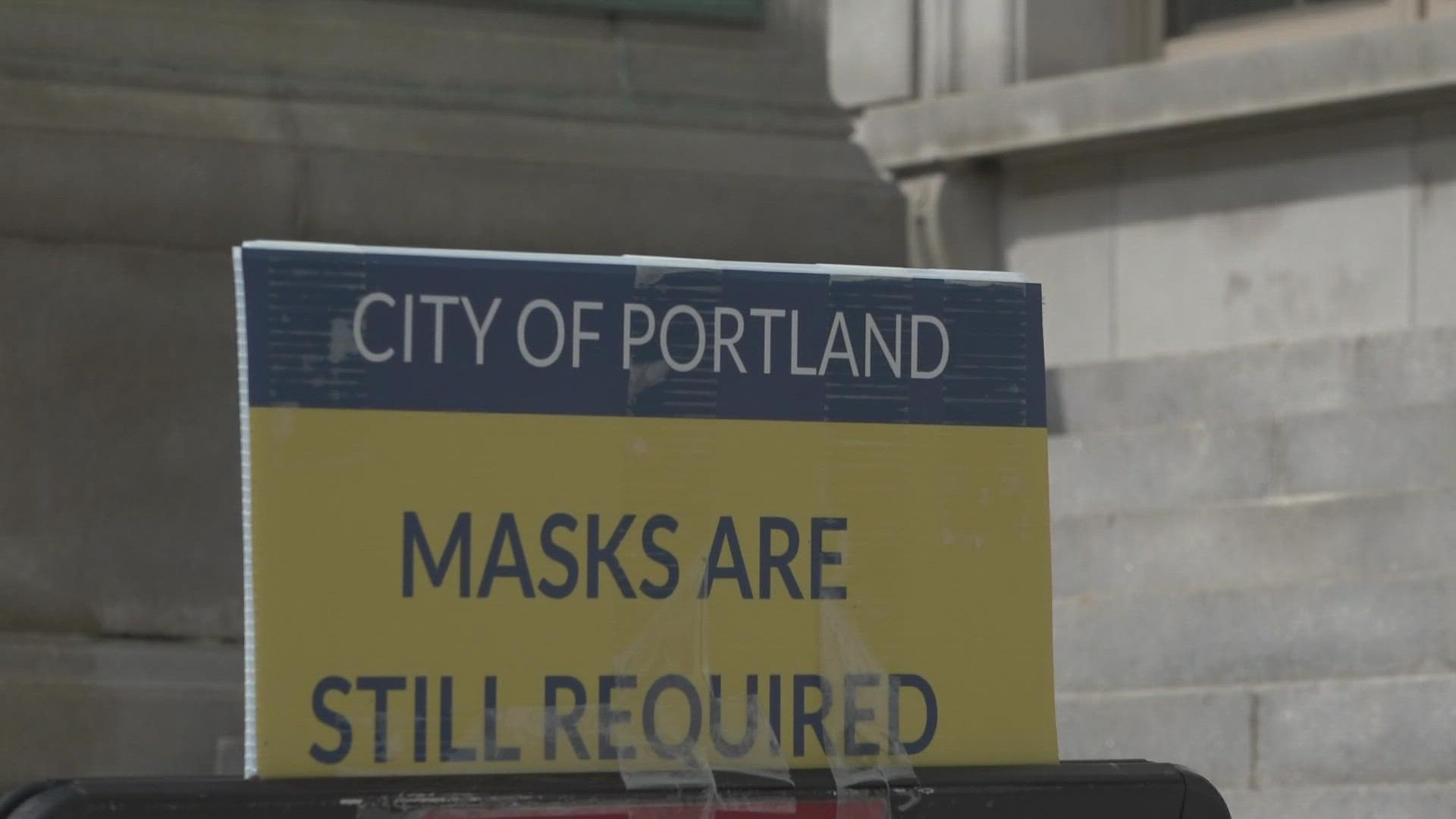 PORTLAND, Maine — Much of life has been unpredictable throughout the pandemic, but in recent months across Maine, one thing has been consistently inconsistent: whether or not businesses and other facilities require the use of masks.

Some steps are being taken in Maine's largest city to address this divided conversation. On Monday, Sept. 13, the Portland City Council is holding a special meeting to discuss and vote on a proposal to reinstate a mask mandate for all indoor public places, regardless of a person's vaccination status. If passed, the ordinance would become part of the local emergency order.

Monday's meeting comes after a Portland City Council workshop last Wednesday (requested by city councilor Andrew Zarro) to discuss the idea. Earlier this month, the city's Health and Human Services Department released a memo, recommending that the city adopt "a mandatory indoor mask mandate in all indoor public places in the City of Portland." In the memo, officials noted Cumberland County had either a high or substantial COVID-19 transmission rate throughout August. They also indicated at least seven U.S. states, Washington D.C., and Puerto Rico have already mandated indoor masking.

Tonight at 6 p.m., the Portland City Council is expected to meet to discuss and vote on a proposal to reinstate a citywide mask mandate (regardless of #COVID19 vaccination status) for indoor public areas. Details on @newscentermaine at 6 and 6:30 a.m. #wakeMEup pic.twitter.com/cMxgjIrMZA

NEWS CENTER Maine spoke with Portland Mayor Kate Snyder on Friday, Sept. 10. She said she hadn't yet seen a draft of the proposal, so she wasn't sure exactly how she'll respond.

Snyder said there's generally agreement among city staff and city councilors that masks should be worn indoors in public places -- but the question is whether a mandate would actually be enforceable. Snyder said Portland doesn't have enough city staff members to be sent out to businesses to monitor whether they're complying -- so logistics could be challenging.

Snyder and her colleagues are also trying to figure out whether a mandate is something business owners and community members want. She said she has heard from many people including business owners who are interested in a mandate, partly so businesses that already require masks be worn could enforce that rule more easily. She has also heard from people who don't want a mandate, citing not wanting another layer of enforcement; feeling like things are going well without a mandate; or thinking masks shouldn't be required for people who are vaccinated.

"That's exactly the challenge. How do we balance the right thing from a public health perspective with the right thing from a day to day, reasonable management of how people are going about their lives and conducting their business?" Snyder expressed. "We want to balance this in just the right way -- where we're taking care of our community from a public health perspective, but we're also taking care of our community that we recognize is just making its way out of a very tough year."

Snyder said in the local emergency order, there are penalties for not complying with the rules -- around a $500 fee for individuals or businesses. She said we're in a "new place" and doesn't think COVID-19 is going away anytime soon.

"This is an ever-changing landscape, and right now, we just don't know what the future looks like. In fact, I'm not even sure what tomorrow looks like," Snyder said. "Everybody is doing their best to respond to the data and the information that we're getting on a daily basis."

RELATED: Portland's One Longfellow Square to require proof of vaccination against COVID-19