The founders of the Pir2Peer Recovery Center in Millinocket are partnering with a local chef to help provide to-go meals to people struggling with food insecurity. 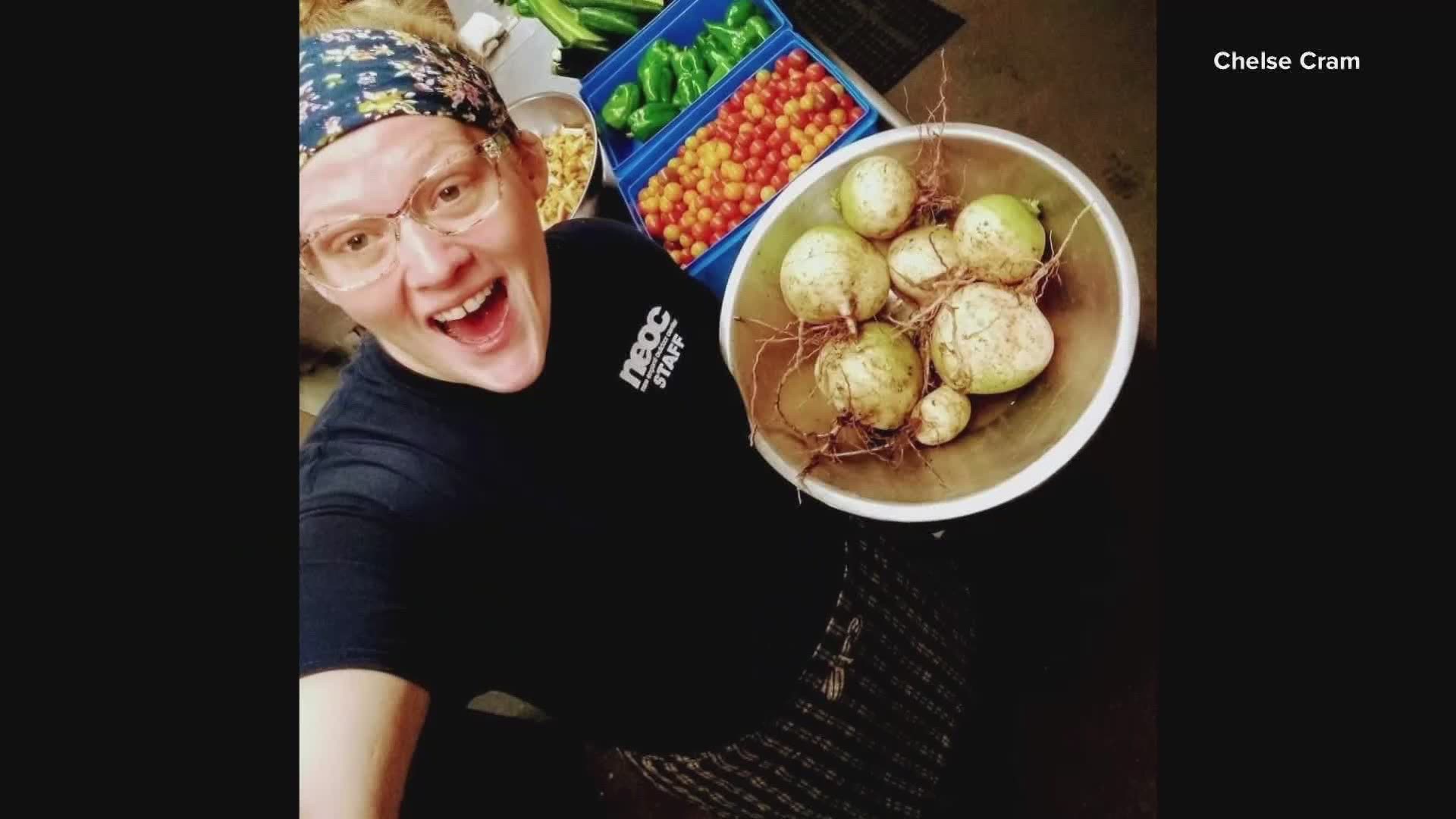 MILLINOCKET, Maine — It's been almost a year since a new journey began for Millinocket's Ginger Collins and Michelle Anderson. Last February before the pandemic, they opened the Pir2Peer Recovery Center -- one of the only resources of its kind in the area. Anderson and Collins both battled addiction years ago, and they bring a unique perspective to the role.

For them, the purpose of Pir2Peer has never been to just help people struggling with addiction. They wanted to provide greater outreach in a community that needs it -- which is why they've decided to take on the responsibility of giving out community meals-to-go during the pandemic.

"Since we first came (here), we wanted to do something with food," Collins, the president of Pir2Peer, told NEWS CENTER Maine. "We just said the place kind of lent itself to that."

"We've got a high rate of people who are food insecure, "Anderson, Pir2Peer's CEO, added about the need. "Many of them (are) addicts, but it's the whole community."

The founders of the Pir2Peer recovery center in Millinocket are partnering with a local chef to expand their services. I’ll tell you how Ginger, Michelle, and Chelse are preparing to-go meals for the community on @newscentermaine at 5:30 and 6:30 a.m. #wakeMEup pic.twitter.com/akdmQLNrM2

Anderson and Collins say their aspirations started to come to fruition, thanks to board member Peter Jamieson, who is also director of the Katahdin Chamber of Commerce next door. He knew of a local chef, Chelse Cram, the head chef kitchen manager at River Drivers Restaurant, who had been looking to take on a similar mission -- and decided to connect the three women.

"It seemed like a very natural introduction to make, and it's really taken on some wheels since then," Jamieson expressed.

For Cram, that introduction has been the key she needed to start a project she's been dreaming about for a while.

"I wanted to be able to provide something that was fresh and super tasty and really just could bring you back to a good place," Cram explained, noting that cheaper food alternatives also aren't as nutritious at times. "You can kind of forget about your goings-on for a minute."

Cram has a team of volunteers from the New England Outdoor Center who have volunteered to help her prepare meals for Pir2Peer. The first to-go event took place in December with about 75 meals given out to community members in to-go containers. The box included stuffed chicken, scalloped potatoes, steamed vegetables, and a velvet gingerbread cake.

Cram says she wants to grow this initiative to eventually teach people cooking skills, as well as how to save money while shopping and stretch funds. Her goal is to take any extra funds from donations and pour them back into the community -- either at a school, library, or someone's oil fund.

On Tuesday, January 12, the women are planning to put on another event giving out 100 meals. Anderson and Collins say they are doing so twice a month for now -- but they're hoping to be able to work up to once a week. Once it's safe, they're also hoping to open Pir2Peer's doors for people to dine with one another. Part of this mission is about breaking stigma when it comes to people in recovery or battling addiction. It's why they say everyone is invited.

Anderson and Collins say they're thankful for community donations that have helped them keep their nonprofit afloat. They told NEWS CENTER Maine after the community heard about this new to-go meals initiative, they received even more people calling to ask how they could help.

"To come together like that is huge," Collins said. "It's empowering. It's an amazing thing."

Pir2Peer will begin handing out meals at 4 p.m. on Tuesday and continue until they run out. They say families can take as many as they need, but Anderson and Collins suggest calling around 5 p.m. if you haven't arrived yet to make sure food is still available. They do require masks to be worn indoors when people are collecting their meals.

To donate to Pir2Peer, you can visit their website and have the option to donate for a specific cause. You can also walk into the center or send a check to 1009 Central Street, Millinocket, ME 04462.