The Penobscot Theatre Company in Bangor is offering 17 new commissioned pieces for its 2020-2021 season 'Digitus Theatrum', completely virtual at this point. 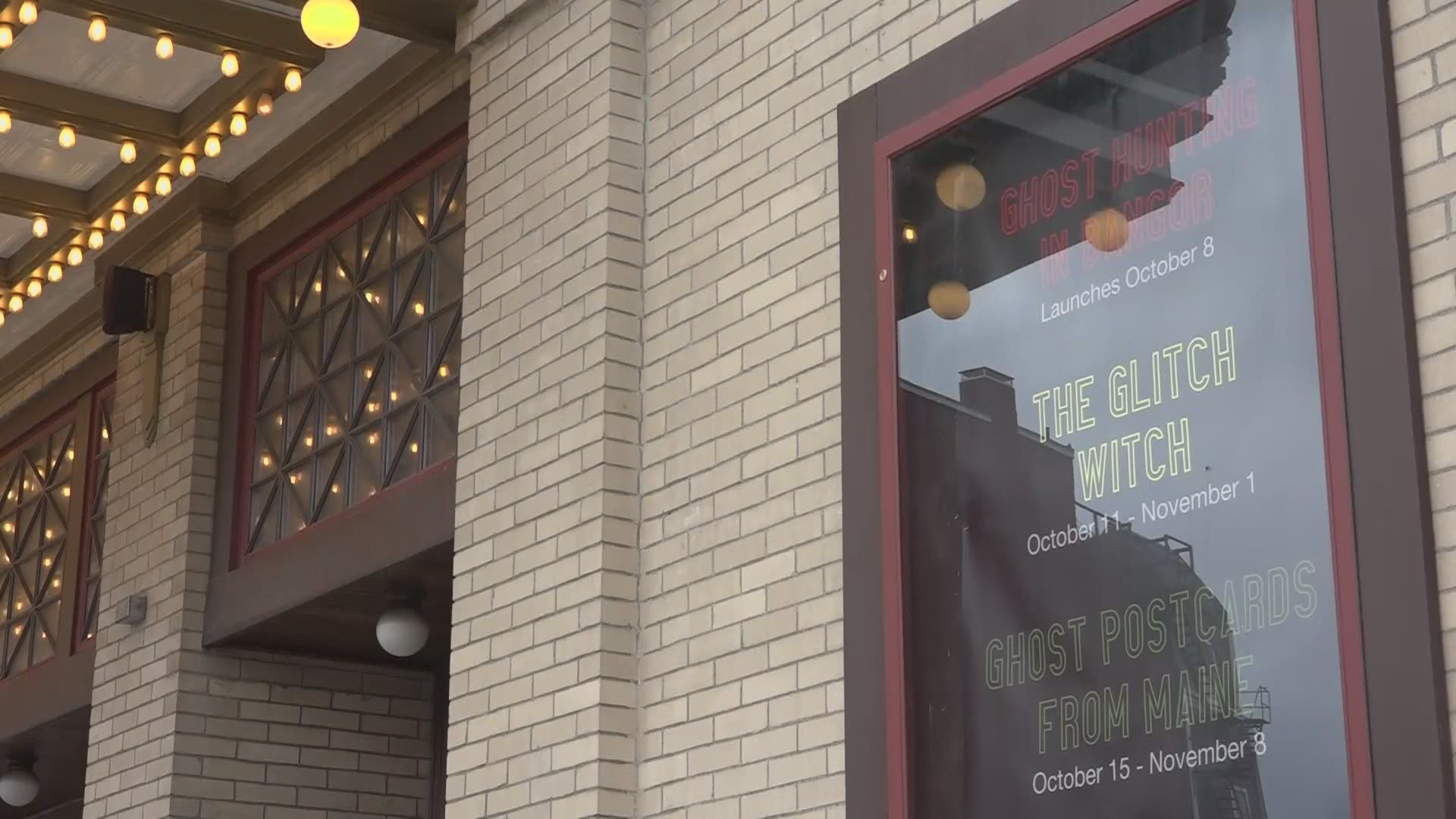 BANGOR, Maine — Seats are still empty at the Penobscot Theatre Company in Bangor. On stage sits a single ghost light in lieu of actors, while the energy of seasons past lingers in the air and on the worn floors. The coronavirus pandemic has interrupted life here, after shutting the theater's doors back in March -- but the resiliency of creatives has kept happenings alive.

PTC is offering a 2020-2021 season to give people a source of entertainment in a time that, for many, has become monotonous. All of the shows being offered in 'Digitus Theatrum' at this point are done in an online format, as PTC takes on a temporary role similar to a production company. Bari Newport, the producing artistic director of PTC, says her team wanted to be able to welcome people back into the Bangor Opera House, but the coronavirus, unions, and restrictions from the state made it difficult.

"We are doing our best to use everything we know about theater to transition into this new world," Newport explained to NEWS CENTER Maine, noting that this is not "the show must go on" philosophy in the traditional sense. Rather, they have found a way to continue to employ staff members and feed artists spiritually by adapting.

"You have to move with what’s happening. You can’t fight it," Newport acknowledged.

As a result, PTC is doing a variety of commissioned pieces, totaling 17 new projects. Some of them are live and some are interactive -- there are five "main courses", five "family series", and four "sides". Newport says the fifth main course slot has been left open at this point since they are hoping to be able to do a real play in the theater for April. They are also hoping it will be possible to put on their traditional summer musical in 2021.

Newport says the goal of the online pieces isn't to make viewers believe they're watching theater. These innovative productions do, however, serve as a way for people from around the country to tune in and participate. Newport says their "snowbird" subscribers have been pleased at having that option.

"You can have the same communal experience with people from all over the world -- family members, friends who come together and are still transported together," Newport said.

For some artists and writers, this adaptation during the pandemic has allowed them to collaborate with PTC and try something new. Carrie Jones is a former local newspaper reporter who is now a novelist -- and she tried her hand at writing a new type of media by taking on the Bucksport segment in 'Ghost Postcards from Maine'.

"It connects us all because it gives us information in a way that we remember," Jones expressed to NEWS CENTER Maine via Zoom about the importance of theater and story-telling. "It’s not just a statistic -- it’s a feeling, and all of that helps to make us stronger as a community.”

Brittany Parker is a performer and editor in the family-friendly show 'The Glitch Witch'. She says she is thrilled to be collaborating with PTC for the first time, noting the process of merging theater and video has been a new challenge.

"It’s been a really creative and fun process, and it’s been a lot of fun to try to explore what this hybrid model of live performance and film can be," Parker told NEWS CENTER Maine via Zoom.

RELATED: After a brutal 2020, Maine State Music Theatre looks ahead to a new season

For longtime PTC subscribers like Milford's Anna Perna, the effort PTC has made into giving audience members something new to watch has meant a lot, even if it happens just from the comfort of her own home, rather than surrounded by others in a public setting.

"It’s entertainment. It’s something to get your mind off of the awfulness of the world right now and onto something more pleasant and just relax," Perna expressed to NEWS CENTER Maine.

Newport says anyone with questions about getting tickets for this season should visit the Penobscot Theatre Company's website, or call the box office at 207-942-3333.