BolaWrap is a new way for police to stop people, primarily with mental illness, from injuring themselves or others. 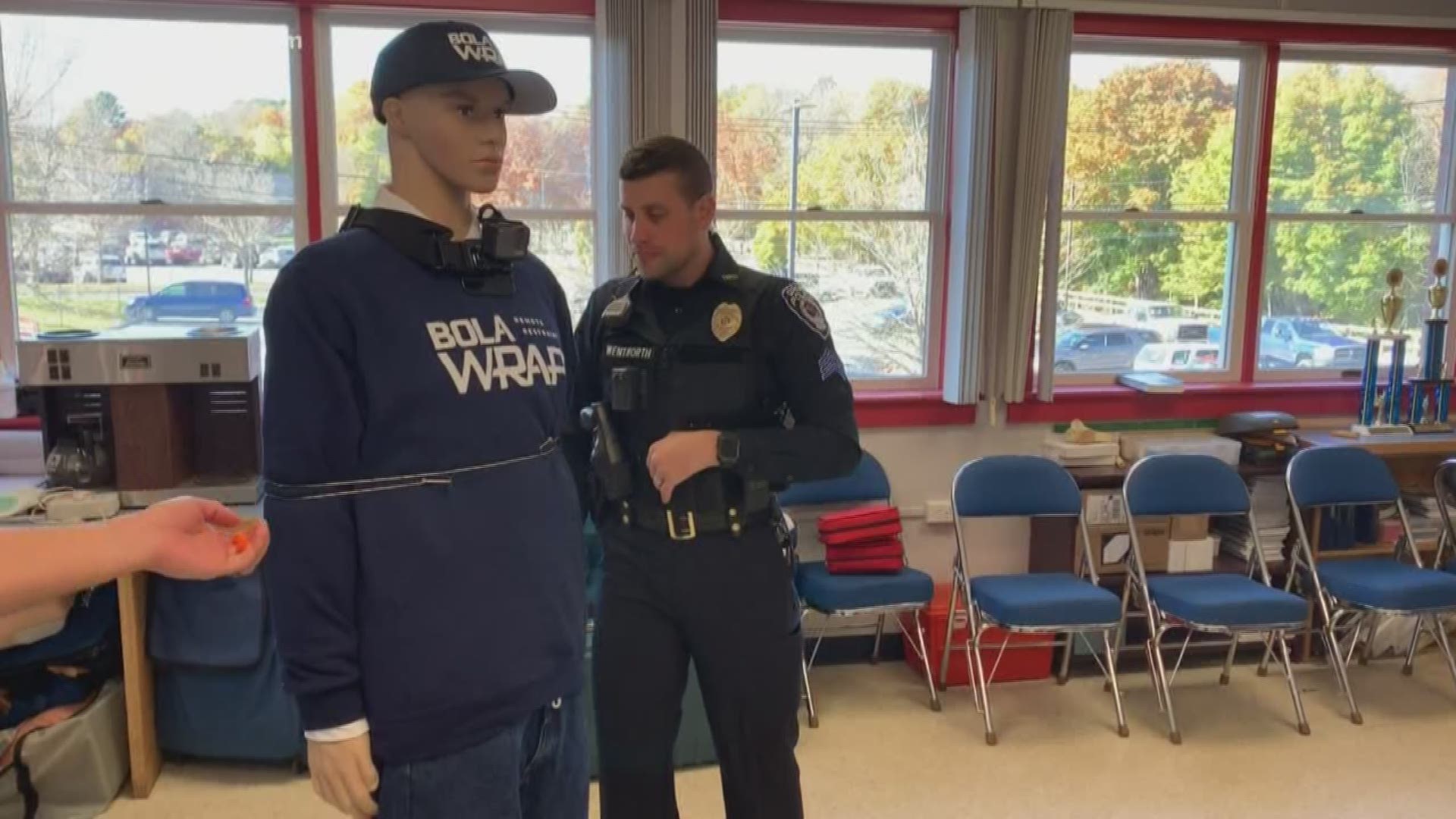 ORONO, Maine — The BolaWrap made its debut with the Fort Worth SWAT Team in April of 2018. BolaWrap was the primary weapon used in an operation tasked with restraining a person before the situation, and violence, escalated.

Now, it makes its way to Maine. The idea...simple. Looking and sounding like a gun, but shooting bullets like fishhooks wrapping around someone's arms and legs. Once they're wrapped the hooks are designed to latch onto clothing.

“This would go around the outside of your clothing, because it would wrap and it would actually still hook around your winter coats," Orono Police Captain Daniel Merrill said.

A new tool found by luck. Chief Josh Ewing was at a police conference where he heard about BolaWrap in an elevator. He was then able to get a demonstration for his force, and other local agencies.

“Its just fortunate that we’re the ones bringing it to the area. I think I was just lucky to see it first and ask them to come up," Ewing said.

Coming to the area from Arizona. Wrap Technologies rolled out the BolaWrap 100 with the idea of arming SWAT teams. Now they're giving the new tool to local police departments.

A great way for police to handle citizens dealing with mental health issues.

“Instead of injuring them it’s a good way to contain them and give them the help that they need," Town Manager Sophia Wilson said.

She believes the public will fully support the new tool. The police department is demonstrating the benefits of the new device Monday. Wilson hopes BolaWrap spreads to other communities.

“We are doing a service to the citizens in our state, so that’s how I would promote it," she added.

The tool combines safety for not only the person being restrained, but also for the officer. Safety in the field has become a leading concern for police officers, with this tool they can limit the amount of violent arrests or confrontations.

The BolaWrap is designed to be used from ten-25 feet and with the person of interest at a standstill position so the BolaWrap can wrap around their arms or legs.