On Monday, June 22, owners Karen and Howie Day announced via Facebook that Nicky's Cruisin' Diner would be closing at the end of the month after more than 32 years. 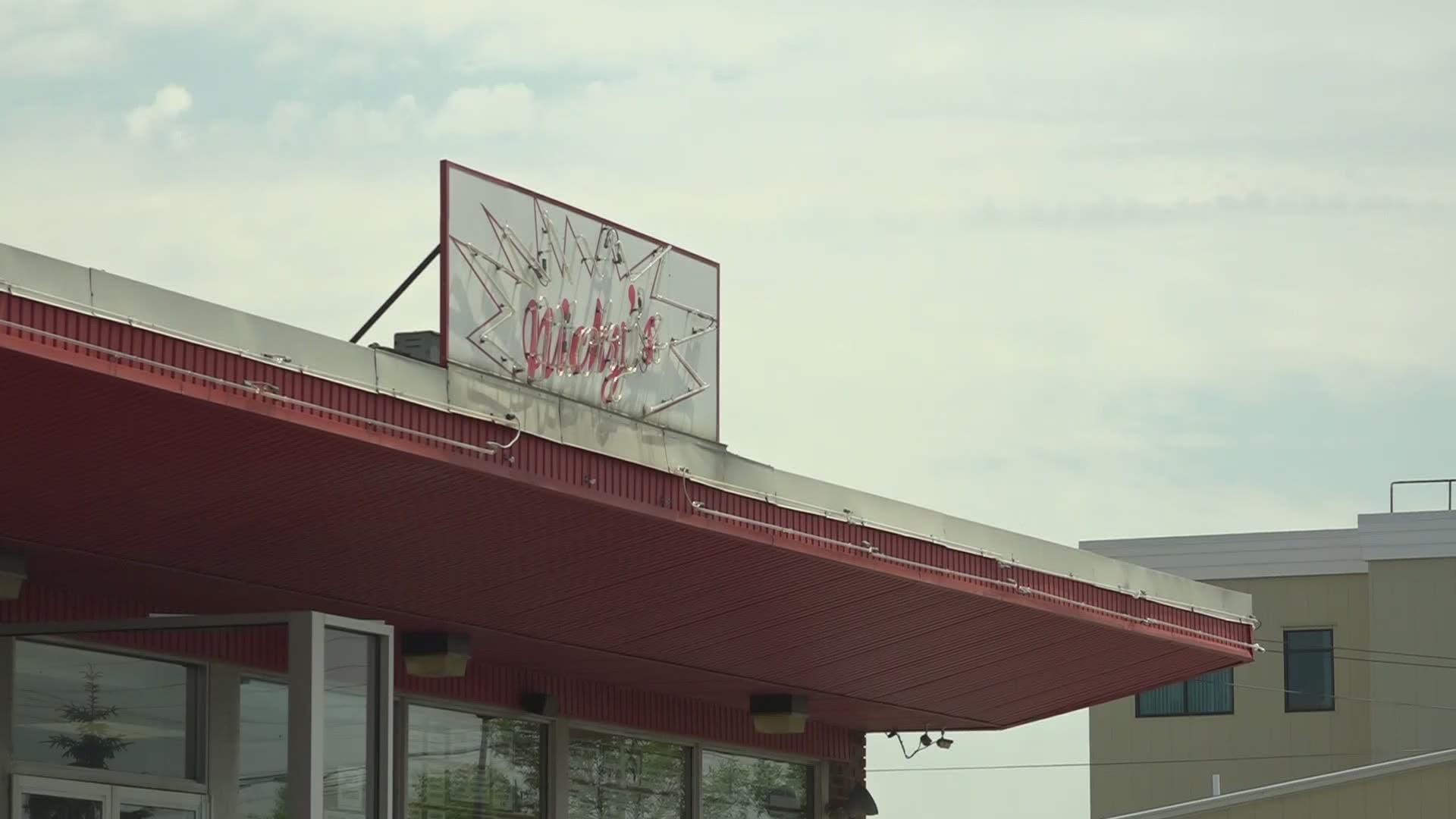 BANGOR, Maine — Nicky's Cruisin' Diner is buzzing with activity on Friday, June 26. Warm afternoon sunlight beats down on tables set up on the pavement, customers digging into greasy diner-food sandwiches, or waiting patiently for a seat indoors. Nostalgic music plays out into the parking lot, interrupted every so often by an order number on the loudspeaker. Everything is as it should be -- but the days here are numbered.

On Monday, June 22, owners Karen and Howie Day announced on the diner's Facebook page that it would be closing at the end of the month. The decision was no doubt a tough one after more than 32 years in business -- but Karen expressed to NEWS CENTER Maine that a number of factors (the coronavirus pandemic being the final straw) played into it.

"It's comfortable. It's reliable," Crista Jakacky, a woman from Glenburn who says she has been going to Nicky's for decades, told NEWS CENTER Maine. "We've been coming here for so many years."

For Jakacky, the classic brick building has become a place full of family memories. She says she went to Nicky's as a kid, and as an adult, she made it a point to continue bringing her family there -- her daughter and son, mother and grandmother. For Jakacky, the news that the diner would be closing was devastating.

"I was very, very shocked to hear they were closing, just to have been a staple in the city for so many years."

Jakacky's son, Dawson Emerson, now 18 years old, agrees wholeheartedly. They chuckle together remembering lost moments -- Emerson's first time eating out at a restaurant; the countless games of 'I Spy' they would play sitting at one of the booths; the car shows that created an irreplaceable bond between Emerson and his grandfather.

"Heartbreaking, honestly," Emerson said about the Days' announcement. "That was definitely my favorite restaurant of any I've ever been to in my life."

For many, the appeal of the restaurant was the familiarity among customers and staff. Nancy Miles worked at Nicky's for more than three decades before retiring in 2016 and says she loved every moment of it.

"Oh my goodness," Miles smiled from behind bright blue eyes. "My experience working here -- it was phenomenal. I mean, it was a laugh a day, every day."

She says that the people she got to know at Nicky's throughout the years become like a second family at her second home.

That dedication and friendliness led to connections that were hard to match and became famous throughout the small city. Fellow small business owner and friend of the Days, Dan Tremble, said he empathizes with the couple's decision to close -- but noted just how successful they were throughout the years.

"They had a lot of loyal customers and loyal employees," Tremble nodded. "It says a lot about Howie and Karen to have employees that worked for them for so long."

RELATED: These states require face masks be worn in public