After almost five years in the works, this clean energy project in Milo is nearing completion. 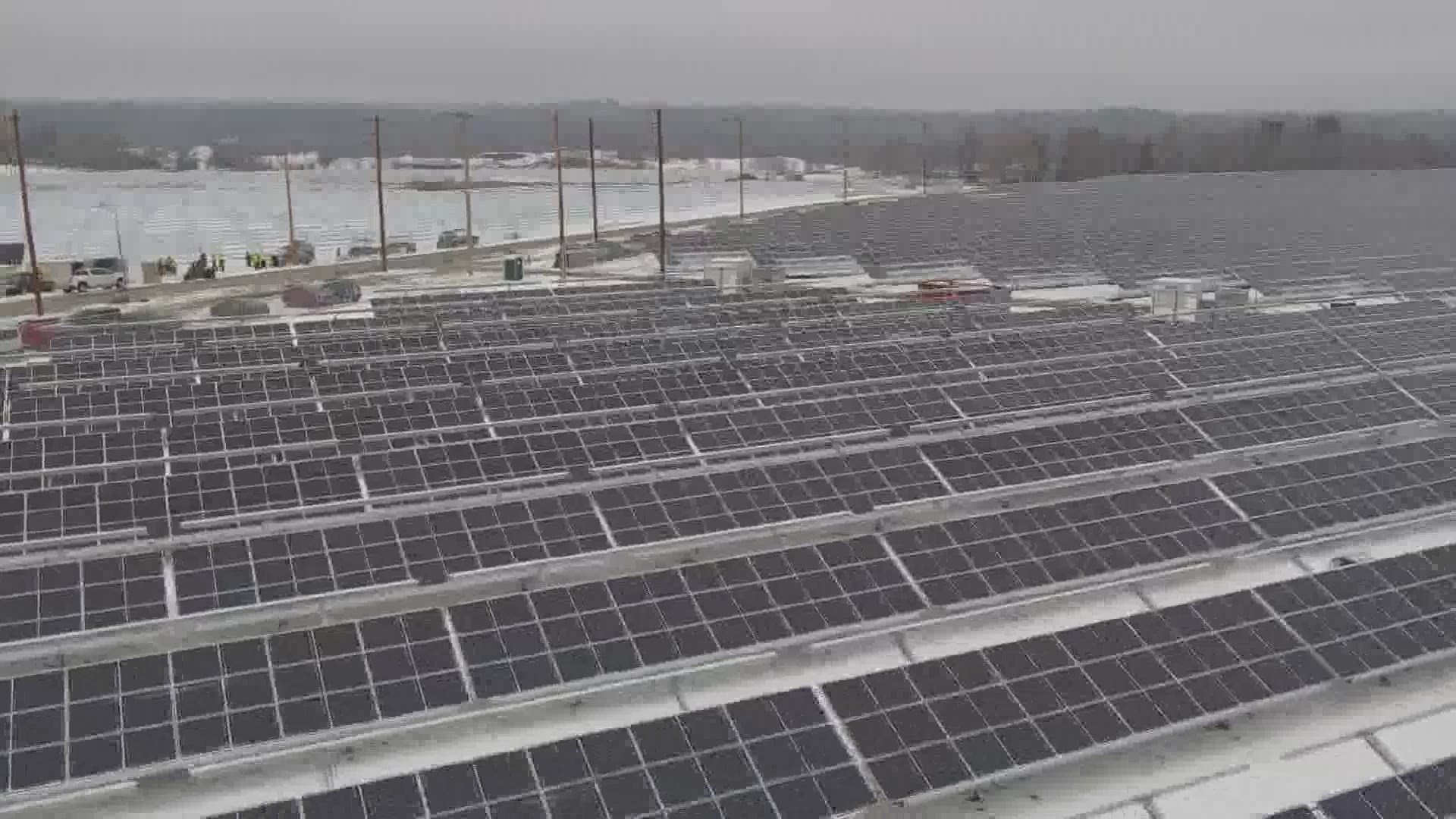 MILO, Maine — It covers close to 100 acres of land and is made up of 67,000 solar panels. After almost five years in the works, this clean energy project in Milo is nearing completion and will generate power in early 2021.

The solar farm will create enough clean energy to power more than 10,000 homes. It is the largest solar farm owned and operated by Dirigo Solar.

"We got started back in 2015, when solar, the economics of solar, finally made sense for it to start development in the state of Maine," Nick Mazuroski said. "We have a portfolio of a little more than 250 megawatts."

Mazuroski is the co-founder of the company, he said the Milo project is a major step in the future of Maine's solar power production.

"Over the life of the portfolio, we are projected to save, Maine ratepayers including Versant and Piscataquis County...a little more than $25 million, over the 20-year term that we are selling the power," Mazuroski said.

The electricity generated by these panels will be sold to Versant Power to help lower everyone's energy costs.

"Each panel collects the sunlight and generates electricity, which then gets combined and transmitted out to the grid," Mazuroski said.

Peter Hamlin is the chairman of the select board in Milo. He said it's a very exciting project for the town. "We are very excited because of the size of the project, it means some revenue obviously for the town of Milo, it also is a boom to electrical rates in the area," he said.

Covering close to 100 acres of land, you can find a 67,000 solar panel farm in the heart of Milo. After almost five years in the works, this Dirigo Solar project is near completion. More tonight at 6 p.m. on @newscentermaine. pic.twitter.com/ZbeindUc59

Hamlin adds the town has a lease agreement through property tax revenue and the town of Milo has an agreement for a share of the profits from the project. "It's a long term project, 20-year contract, a renewable resource, so it's a win across the board."

Hamlin said Manufacturing has not been strong in Piscataquis County, the reason, why the town was keen to approve its property for a renewable energy project like the one Dirigo Solar, is finishing up.

"Manufacturing in Piscataquis County, we are one of the poorest and oldest counties in the state, we have a renewable resource here! It's something that fits this property use, realistically Milo would be forever filling 60 acres with industrial-type buildings here, so it's a perfect match for us," Hamlin said.

Mazuroski adds the great thing about solar is that you are generating the electricity where the project is.

The power sold by Dirigo Solar to Versant Power will help lower everyone's energy costs in the long run. "We are selling the power at 3.5 cents, right now Versant sells to its customers at above 7 cents."

Here is a link to some of the other solar projects Dirigo Solar is working on in Maine.

Mazuroski estimates about $25 million will be saved from Maine taxpayers in a period of 20 years.