In February 2021, the Casco Bay Island Transit District's board of directors approved the diesel-electric hybrid propulsion system design to replace the Machigonne. 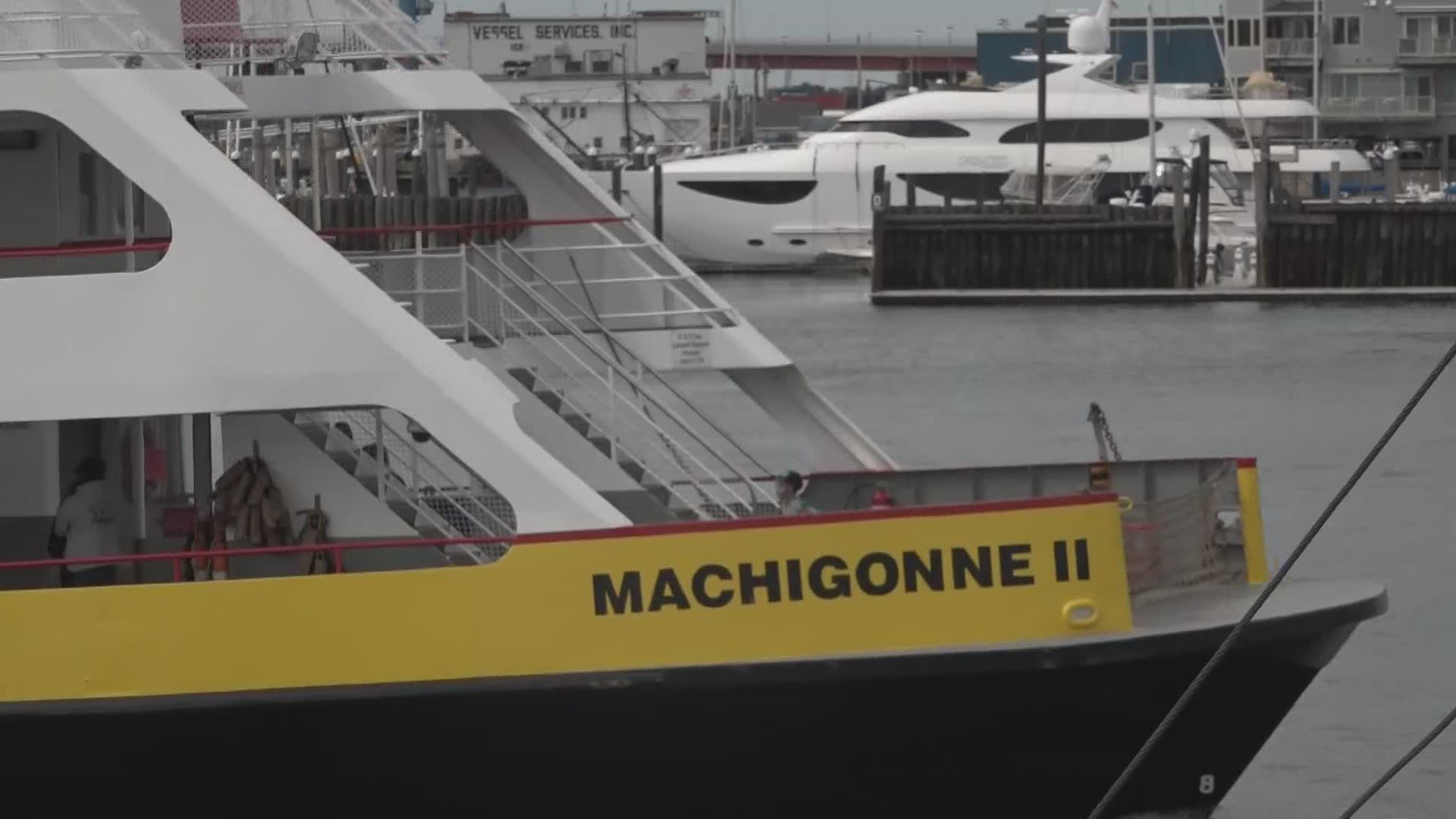 PORTLAND, Maine — For many people, Casco Bay Lines has become a lifeline to the mainland from six islands off the coast. The Machigonne ferry, decorated with red and yellow trim, is a familiar sight to Portlanders and those who come from out of state to ride it -- but after 34 years in service, it's nearing the end of its lifespan. With change, though, comes an exciting new chapter, bringing innovative and environmentally-friendly technology to Maine.

On February 25, the Casco Bay Island Transit District's board of directors approved a design for the Machigonne's replacement that will use a diesel-electric hybrid propulsion system. That means unlike the Machigonne, this vessel won't run entirely on diesel. Instead, it will aim to run fully electric with diesel as a backup option.

The replacement process has been in the works since conversation began in 2016. The general manager of Casco Bay Lines Hank Berg says originally he and his team never would have considered a hybrid model since the maritime industry is relatively conservative -- but after learning more about it, they decided to take a chance and start collaborating with a naval architect in 2018 to come up with a design.

Come join us aboard the Machigonne ferry this morning! This vessel has been serving @cascobaylines for 34 years and is nearing retirement. Its replacement is bringing new, environmentally-friendly technology to Portland. That story on @newscentermaine at 6 and 6:30 a.m. #wakeMEup pic.twitter.com/rx11fNvaQO

Berg says a hybrid (rather than fully electric) model made the most sense to Casco Bay Lines, since these vessels are so essential to everyday life for many Mainers. Casco Bay Lines has a fleet of five vessels -- four active and one on standby -- and serves six islands in Casco Bay. Before the pandemic, the company was bringing more than 1.1 million people, 40,000 vehicles, and 500,000 pieces of freight to and from the mainland every year. The goal of this new vessel is to help set the fleet up for the next 20 or 30 years -- and it's quite a responsibility since the Machigonne itself sometimes makes up to 17 trips to and from Peaks Island every day.

Berg says the vessel is expected to cost a little more than $16 million, and Casco Bay Lines is getting funding from seven sources to help cover it. Some of those sources include the Federal Transit Administration, Maritime Administration, Maine Department of Transportation, and the city of Portland. To Berg, this project represents innovation and new opportunities.

"We are excited, and I'm personally very excited about this," Berg expressed. "It's been a long time coming. I can't wait to see it come to fruition."

People like Twain Braden, the president of the board and a Peaks Island resident, agree.

"Everybody on the island got very excited about the possibility that our old boat was an opportunity to use new technology for something that everybody could stand behind," Braden explained.

RELATED: Getting involved in observing climate change by tracking changes in sea level

This new technology will have far-reaching, multifaceted impacts, including quieter operations, more space for passengers and vehicles, and a double-ended design to improve efficiency. The environmental impacts are also expected to be significant. Now, the Machigonne uses more than 220,000 gallons of diesel each year. If the ferry goes fully electric, it would reduce carbon dioxide emissions in the Portland area by about 800 metric tons every year.

"Most of the world recognizes that the crisis that our climate is in is no joke," Braden said. "The time to act is not now -- it's long ago."

This endeavor is also putting Maine on the map nationwide. A senior project manager at ABB Marine and Ports, the company Casco Bay Lines has selected as its hybrid system provider, says Casco Bay Lines will be one of the first United States passenger ferry services in the public sector to adopt this technology.

"So far, the only two ferry operators that have actually made the commitment to go this route would be Casco and Washington state ferries in the United States," Bruce Strupp explained, noting this technology is very popular in Europe.

"I feel like we are one step ahead of the game," said Jeffrey Legere, a junior captain at Casco Bay Lines. "It's exciting to be a part of."

Casco Bay Lines is in the process of choosing who will build the vessel. It's expected to launch in early 2023. Conversations about how to charge it in a cost-effective manner are still ongoing.

This story has been updated to reflect that the technology this ferry will use is a diesel-electric hybrid propulsion (not compulsion) system.