New building material being used to help the planet, businesses survive the pandemic

In Limestone, mobile structures are being built to help address two problems at once. 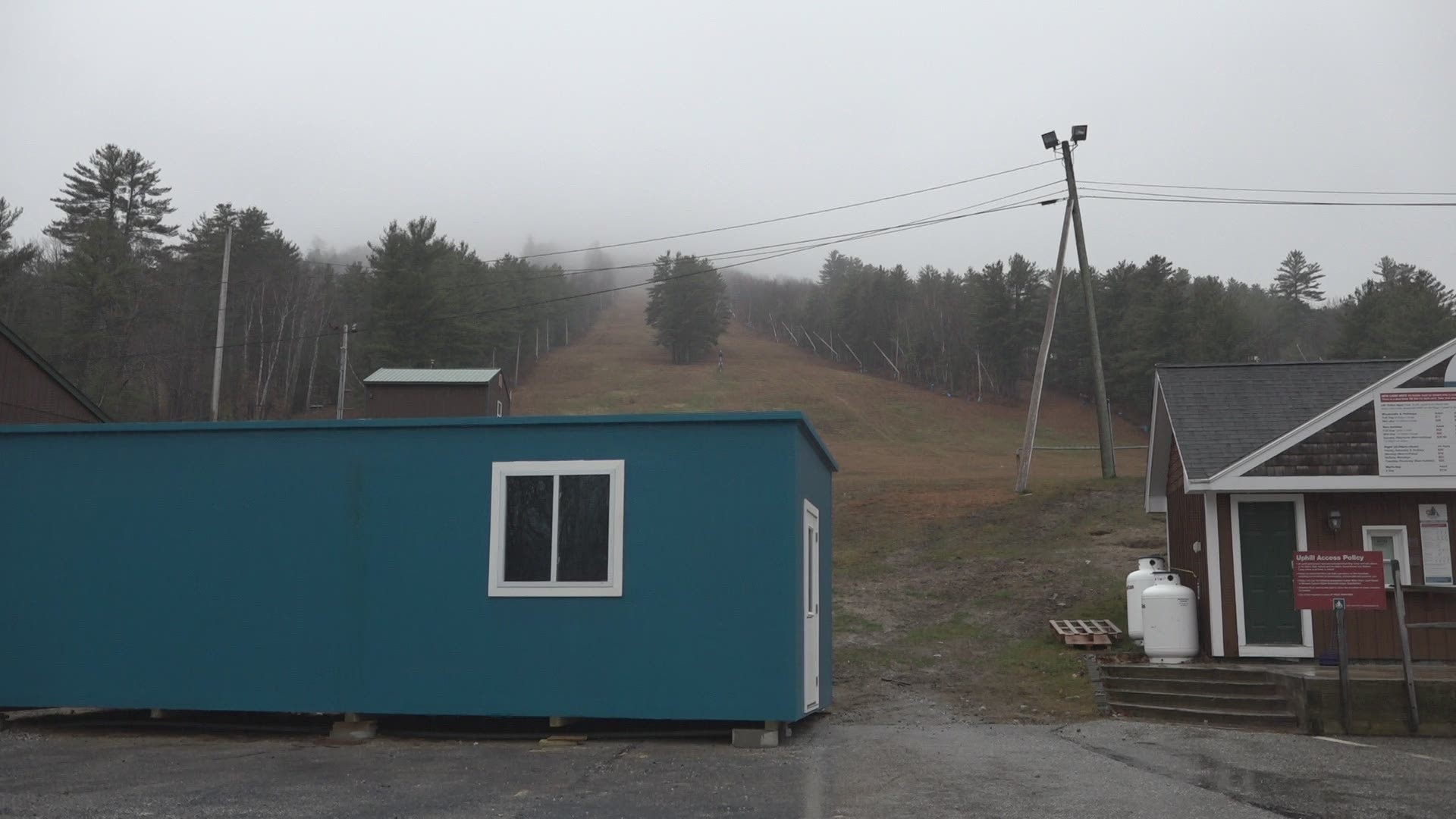 LIMESTONE, Maine — In Limestone, along the Canadian border, there's a big collaboration happening inside the Loring Commerce Center, formerly the Loring Air Force Base.

Saulnier created a way to make a building material using 100% recycled plastic water bottles. The material is called eco-SIP and the structure being created in Limestone uses 144,000 recycled water bottles.

Think about how many that is. You'd earn $7,200 if you could cash those bottles in.

Saulnier built the panels on his home turf in Nova Scotia and then they were sent to Limestone to be assembled to become an Opportunity Box.

"Our mobile spaces our modular spaces here are like blank canvasses," said Ben Davis, the co-founder of OpBox, which is based in South Portland.

"We started with steel boxes like you see in various places around the state," he explained.

COVID-19 testing sites and businesses like retailers and restaurants have used the OpBox for walk-up shops.

This mobile unit being constructed in #Limestone is made out of recycled water bottles. 144,000 to be exact.

What’s it being used for? That solves another problem in addition to combating #plasticpollution.

Very excited to share this story with you soon @newscentermaine pic.twitter.com/m8Egm4Zq7z

When Davis joined forces with Saulnier, they created a new U.S.-based company called Acadian Composite Materials to take a product that Davis was making for OpBox and make it sustainable. Davis said it's likely this is the first mobile structure of its kind in the country.

"It's wonderful that it's statewide and national, this is just the first step," Timothy McCabe, general manager of Loring Industries, said.

McCabe said his team helps with all the finishing touches, from the windows to the floors.

"So that when it leaves here it's ready to set in place and plugin," he said.

When this specific OpBox is ready to rock, it'll be shipped more than 300 miles to Bridgton, Maine—just in time for ski season.

As businesses need to be more flexible and find a way to keep guests outside, Davis said there's been an increased need for the OpBox. Shawnee Peak is no exception. The mountain will use this as a retail walk-up shop for ski equipment and other goods.

Helping businesses survive the pandemic while helping the planet.

"I've never skied but the first time I ski is going to be at Shawnee Peak," Saulnier said.

The OpBox was sent in mid-November to Shawnee Peak.

"If you need something [you could] from the chairlift ski right down and not have to come inside at all. It's wonderful for the pandemic," said Rachael Wilkinson, the director of skier experience at Shawnee Peak.

She said the OpBox will be used as a retail store that is normally set up inside the lodge. She said it's important to offer a place to buy gloves, hats, helmets, and more because if you lose any of those things on the mountain, it could ruin your experience.

"As a mom with little kids, and someone forgets a glove, it can ruin your whole day," she said.

Wilkinson said the OpBox was a great opportunity to support a Maine business and the environment. It also helps them adhere to COVID-19 safety guidelines, by keeping guests outside.

Wilkinson said they feel "encouraged" by the number of people who have already reached out with interest in skiing this season.

OpBox is currently making another unit for Sunday River.