Cole Taylor never expected a trip to the York County Courthouse to go viral, but it did, and for good reason. 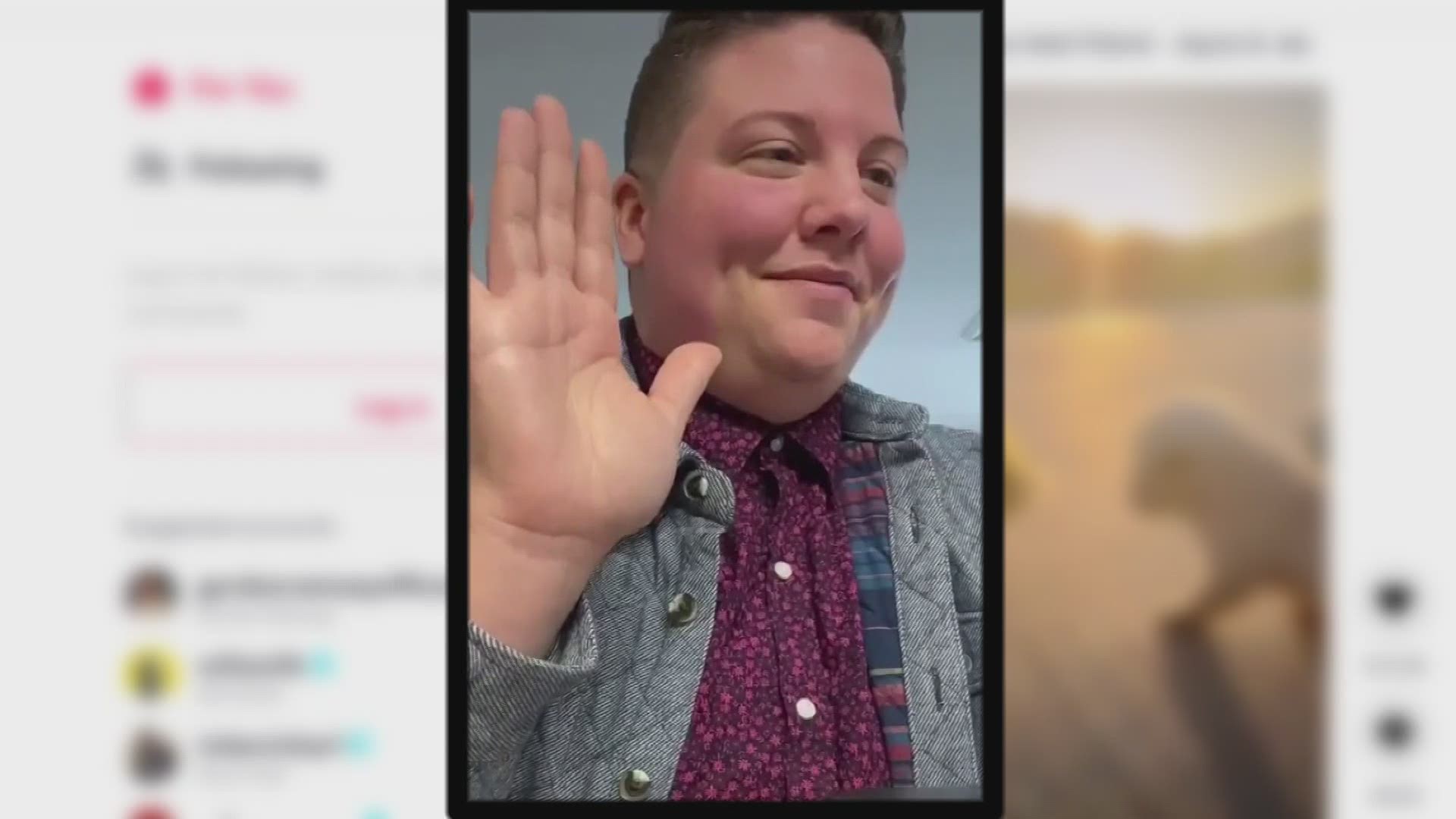 It was the day the 28-year-old, who identifies as transgender and non-binary and uses they/them or he/him pronouns, took legal control of their new identity. It's a journey they have been documenting on the popular social media app TikTok.

"At first, I didn’t know that my journey was going to become a transition, I just knew that I didn’t feel at home in my body when I presented as feminine or even as female," Taylor said. "When I heard 'she' or 'her' or 'lady' or 'pretty', I just started to feel uncomfortable. Back in late September is when I started saying ‘OK, I’m going to use a different name and different pronouns.'"

Using different pronouns helped Taylor to better navigate their journey of self-identity. The name given to them at birth, Nicole, didn't fit anymore. Come March, Taylor was ready to make it official.

"I thought I was just going to log on and they were going to say, ‘OK, here. Bye now,'" they said. "I don’t know all the terms, and just say my name is getting changed."

Instead, in addition to their new name, Taylor was met with praise from a York County probate judge for taking control of their life story.

That video has now gone viral.

"I’ve had some people reach out to me on TikTok saying that their child is going through the same thing and their lawyer sent them the video of me," Taylor said. "It’s overwhelming and shocking because it’s like, 'Wow, I didn’t expect this to happen at this level.'"

Here is a full transcription of what York County judge, Scott Houde said to Cole back in March.

“Before we do this can I just tell you why what you're doing is so completely awesome. First off you're doing it decisively and boldly. You know who you are and who you want to be. There are folks that go an entire lifetime not knowing that and you do. So, let me be the first to congratulate you as you are officially Cole Raine Taylor. Well done.

After today you're going to have a gift. And that gift is going to be your story. Your story of what got you here today. And you can share that story with folks who are trying to do the exact same thing that you want to do but just don't have it in them to act decisively and boldly as you're doing today. In essence you are paving the way for others to follow you... which makes everything you're doing today completely awesome."

Cole’s entire family and fiancé, Mallory was on the Zoom call that day. They say it was a pivotal moment for all of them.

“Every time I watch the video with the judge it’s emotional, it’s special and it makes me so happy and so proud,” Taylor’s father, Ed said. “I’ve become excited about Cole‘s journey; I want to be part of it, I want to see where it takes them, I want to see the growth.. so, for me it’s emotional in a good way.”

“Cole is a completely different person, it’s so amazing to see them exude happiness and confidence,” Taylor’s mother, Debbie said. “I thought Cole had it before but it’s really there now.”

Taylor’s parents would be the first to tell you it hasn’t always been easy, though. Everyone is still navigating using new pronouns and say it’s been a learning experience for the entire family.

“I still stumble, and I catch myself all the time and then I fix it,” Debbie said. “It’s certainly not a disrespect thing, it’s all new for us and we’re learning it’s a learning process for us -- it certainly is for the grandparents you know, which is that next age level trying to learn this.”

That support has meant everything to Cole, especially on the hard days.

“I was afraid to come out to my parents all over again, I was afraid that I would let them down, I was afraid they would think I was weird because I knew a lot of people wouldn’t understand if they haven’t been through it then they couldn’t completely identify with it,” Taylor said. “My parents, really their soul thing was ‘are you happy and healthy? I don’t want you hiding who you are because it’s more painful to see you hide who you are then to see you be yourself.’”

Cole and their fiancé Mallory are also navigating the changes. Taylor recently started testosterone hormone therapy, they say it’s been an interesting and exciting experience so far.

“When Mallory and I first met, I identified as female my sexuality was lesbian and kept exploring, I was pansexual at one point.” Taylor said. “Going through everything I’m going through and having her there strong and steady has been everything.”

“I think just being able to learn so much about myself because of their bravery you know, and they are leading the charge of that in this relationship all the time,” Cole’s fiancé, Mallory Brook said. “So, she’s helping me grow as an individual so much and to be a more supportive spouse.”

Looking forward, Cole says they plan to continue documenting their journey on social media while focusing on their career at the University of New England. They say the students at the university have been a blessing when it comes to navigating the ups and downs of their transition.

“I don’t know what the end goal is per se I just know I’m becoming more at home in my body,” Taylor said. “I feel honestly just very humbled by my experience and just want to take on life as Cole and that’s really exciting.”