'Meant to be ours': A Wells family's story of international adoption

It was a long process for the Hardys nearly 25 years ago. Now, the pandemic has had an impact on the adoption process for people today. 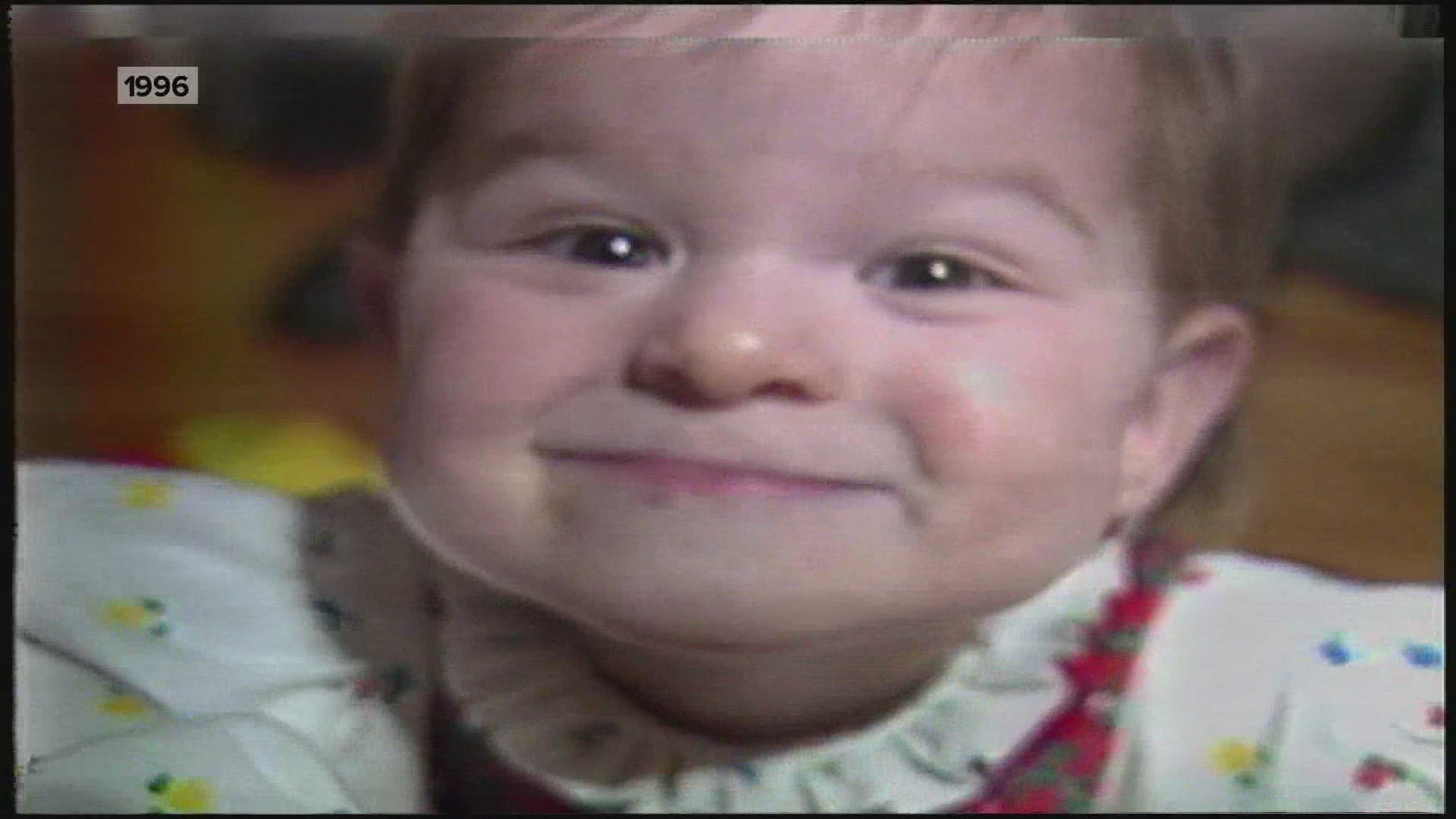 WELLS, Maine — November is National Adoption Month and the pandemic has had an impact on the adoption process in Maine.

Even before the pandemic, the process was a long one, especially for international adoptions.

Nearly 25 years ago, we chronicled the adoption journey of the Hardy family in Wells. Now, we have an update from them and we're finding out how the pandemic has affected the adoption process for families today.

"She is our garage, she is our office, she is all of those things we would like to have someday but that's not important compared to her," Lucy Hardy said in an interview with NEWS CENTER Maine in 1996.

After struggles with infertility and a miscarriage, Lucy and David Hardy spent thousands of dollars to complete their family. It was the best investment they ever made.

We were there in 1996 after they embarked on a journey to Russia to adopt an 18-month-old girl they would name Kara.

But she wasn't the first.

"We were all lined up with a little 18-month-old child from Ukraine," Hardy said in the 1996 interview. "And the day I got my paperwork, Ukraine closed its doors to adoption. We had pictures, the whole bit."

That adoption never happened. After that heartbreaking disappointment, the Hardys regrouped and eventually found Kara.

"I just feel that Kara was meant to be ours," said Hardy in an interview last week with NEWS CENTER Maine.

Kara Cole is now living with her husband, Jeremy Cole, in Jacksonville, Florida.

"I love those people right there," Cole said. "I was just little and I don't remember anything about the adoption but they are the best parents I could have ever asked for."

Today, it's not so much politics that are getting in the way of international adoptions. It's the pandemic. Borders are closed and travel is restricted.

There's a section on the U.S. State Department's website specifically for people wanting to adopt children from overseas. It says while international adoptions "remain a high priority" it also warns prospective parents to "be aware that circumstances can change frequently and with limited notice."

A State Department official tells NEWS CENTER Maine, "As resources and conditions on the ground allow, embassies and consulates worldwide continue to provide emergency visa services, including immigrant visas for spouses and children of U.S. citizens, including adoption cases."

Still, people in Maine are eager to adopt.

"We've really been surprised at the number of people, that as they've been home, as they've been spending more time together as a family, have decided to explore these long term dreams and goals to think about how to possibly move into a situation to get started because it takes a long time," said Rick Dorian, the executive director of the Maine Children's Home for Little Wanderers.

Dorian said since the pandemic, there has been an increase in the number of people looking to pursue international and domestic adoptions.

"It's been very interesting. At first, there was this standstill, like nothing happened for I don't know, like a month. We didn't know how we were going to operate with the new restrictions," said Molly Reynolds, the executive director of Full Circle Adoptions, which serves people in Maine and Massachusetts.

By late spring, they also had an increase in calls of people wanting to adopt and she said they were completing their pre-home study paperwork in record time.

"You know we're a small agency so normally we have ten waiting for families. By the end of the spring-early summer, we had 16-17 waiting families" she said.

"Luckily we had everything in place," Lucy Hardy said.

As for the Hardys, they've never regretted traveling half-way around the world to find Kara. And like a lot of empty nesters they have a lifetime of memories to look back on.

RELATED: Canada PM Trudeau says border will stay closed until US gets handle on COVID-19

RELATED: Man, given up for adoption in Maine in 1946, reunited with siblings thanks to daughter's DNA kit results