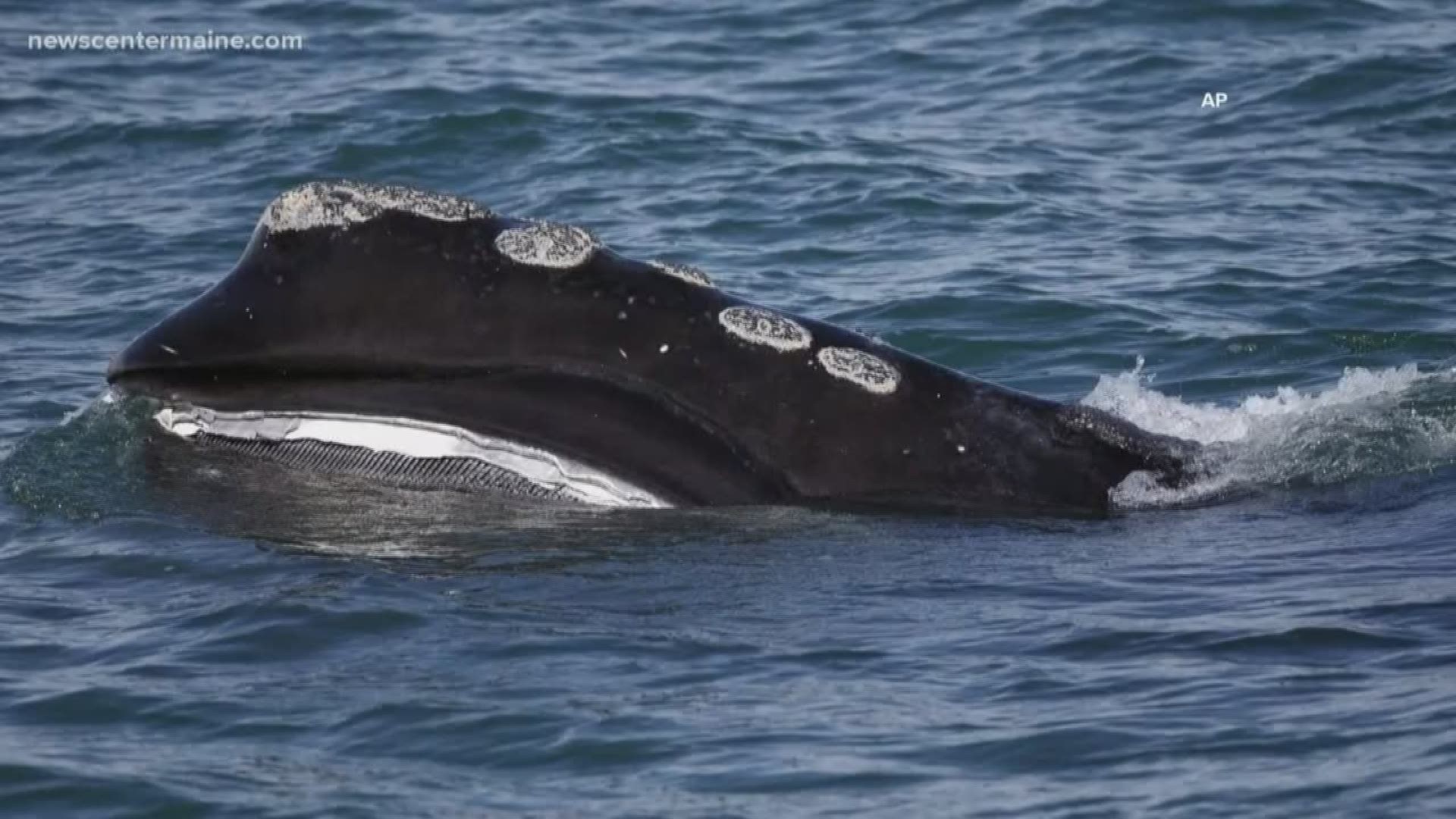 AUGUSTA, Maine — Maine's Department of Marine Resources is not backing down after a letter from the National Oceanic and Atmospheric Administration (NOAA) rejected the proposal to reduce the 'presumed risk' of entanglement by North Atlantic right whales in lobster gear.

Commissioner Patrick Keliher submitted the proposal on January 3 ahead of the federal rulemaking. Marine Resources held 17 public meetings up-and-down Maine's coastline to collect analysis and data from lobstermen, and the public. In it, about a 52 percent vertical line reduction, which cuts down a whale's chances of entanglement. Depending on the distance from shore, the number of traps per line would also increase. They are also using a type of rope that would snap under 1,700 lbs of pressure allowing a marine mammal to break free if caught, and new purple Maine-only marking on the line replacing the red U.S. branding.

Keliher responded this week with a letter explaining Maine's plan exceeds measures not required in the federal Atlantic Large Whale Reduction Plan and ask NOAA Fisheries to credit the additional risk reduction that goes above the TRT's specifications.

“The letter was very complimentary about what we are doing so far," Keliher said. "They seem to be accepting that Maine has moved in another direction in regards to trawling up and not taking as many inlines out of the water.”

The new regulations are being installed to make it safer for North Atlantic right whales, which experts believe its population to be around 400.

The new restrictions would affect the safety and livelihoods of Maine's lobster fishing industry.

“We are not supportive of the National Marine Fisheries putting more on top of us. We have done enough," Keliher said. "At the end of the day they are going to come back with a federal rule and if we don’t like the federal rules we can always disagree and go to court over it.”