Mainer fulfills lifelong dream of competing on 'Jeopardy!' and wins

Jamie Carter Logan of Augusta brought home $32,200 from her win on Wednesday 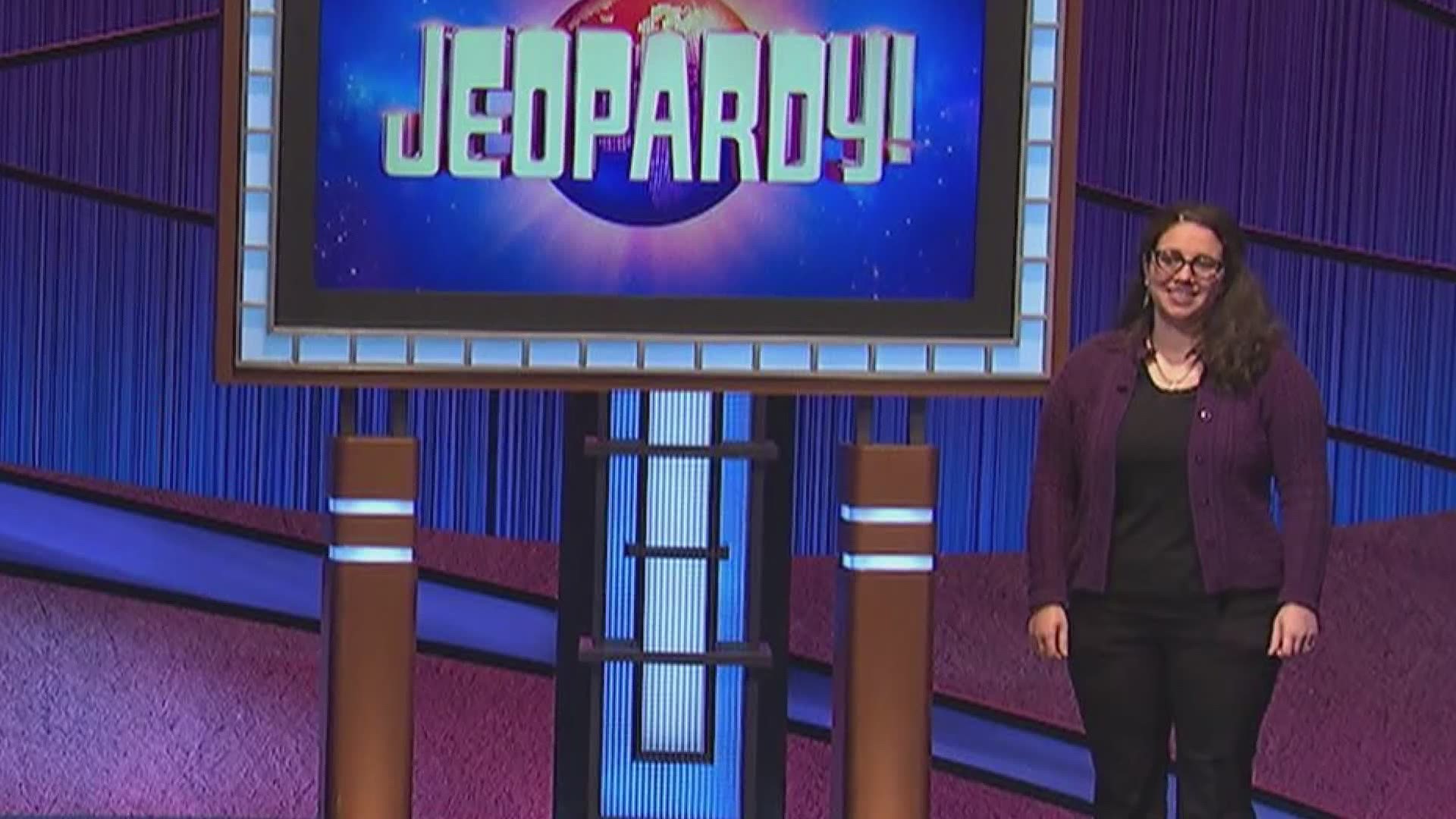 MAINE, USA — It's been a lifelong dream of Jamie Carter Logan to appear as a contestant on "Jeopardy!"

"I actually wrote a letter to Alex Trebek when I was a kid saying that they should have little kids 'Jeopardy!' and that was before they brought it back," said Carter Logan.

The Portland native turned Augusta resident has been working for years to achieve her dream and make it on the show. She's been watching nightly since she was a child, and now with her husband. She's also been competing in the online "Jeopardy!" test in the hopes of making it on as a contestant.

"This year, on my fifth live audition I finally got called up to compete and live out my dream of being on 'Jeopardy!'," Carter Logan said.

This is the face of a winner! Jamie Carter Logan of Augusta took down the competition, and brought come $32,200 in her first appearance on @Jeopardy. Coming up tonight at 11, hear from Jamie about her lifelong journey to be a contestant @newscentermaine pic.twitter.com/EFnLOBo0z2

Jamie appeared on the Wednesday, May 5 episode of the show with Bill Whitaker serving as guest host.

"Once I was in the game I wasn't that nervous, it was just kind of like 'I'm in this, let's go.' But leading up to it I would say I was a bundle of nerves," said Carter Logan.

If Carter Logan certainly shook off the nerves quickly. She answered the first question of the night correctly, before going on to answer two out of three Double Jeopardy! questions correct.

Carter Logan went into Final Jeopardy! Wednesday in second place, however, wagered $16,000 and got it right to take the lead.

She finished the night with $32,200 and is now the reigning "Jeopardy!" champion.

"The opportunity to just be called up was achieving a lifelong goal," said Carter Logan. She'll be back to play each night until she's unseated as a "Jeopardy!"  champ.

Her husband Bill Logan, and two-year-old son, unfortunately, were not able to attend the taping of the show in Los Angeles. Bill is also working to become a Jeopardy! contestant and said he's so happy seeing his wife get to have the experience, and hopes one day he can too.

"It's just been great. I've been completely supportive and incredibly jealous. Just super proud of her," said Bill Logan.

Carter Logan could not say just how far she makes it in her "Jeopardy!" run but hopes Mainers keep watching to see her performance.

"I'm happy to be back in Maine and maybe going to bar trivia nights again sometime soon," laughed Carter Logan.