Security cameras can help us make sure things don't go wrong when we're not at home. But they can also capture when someone does the right thing. 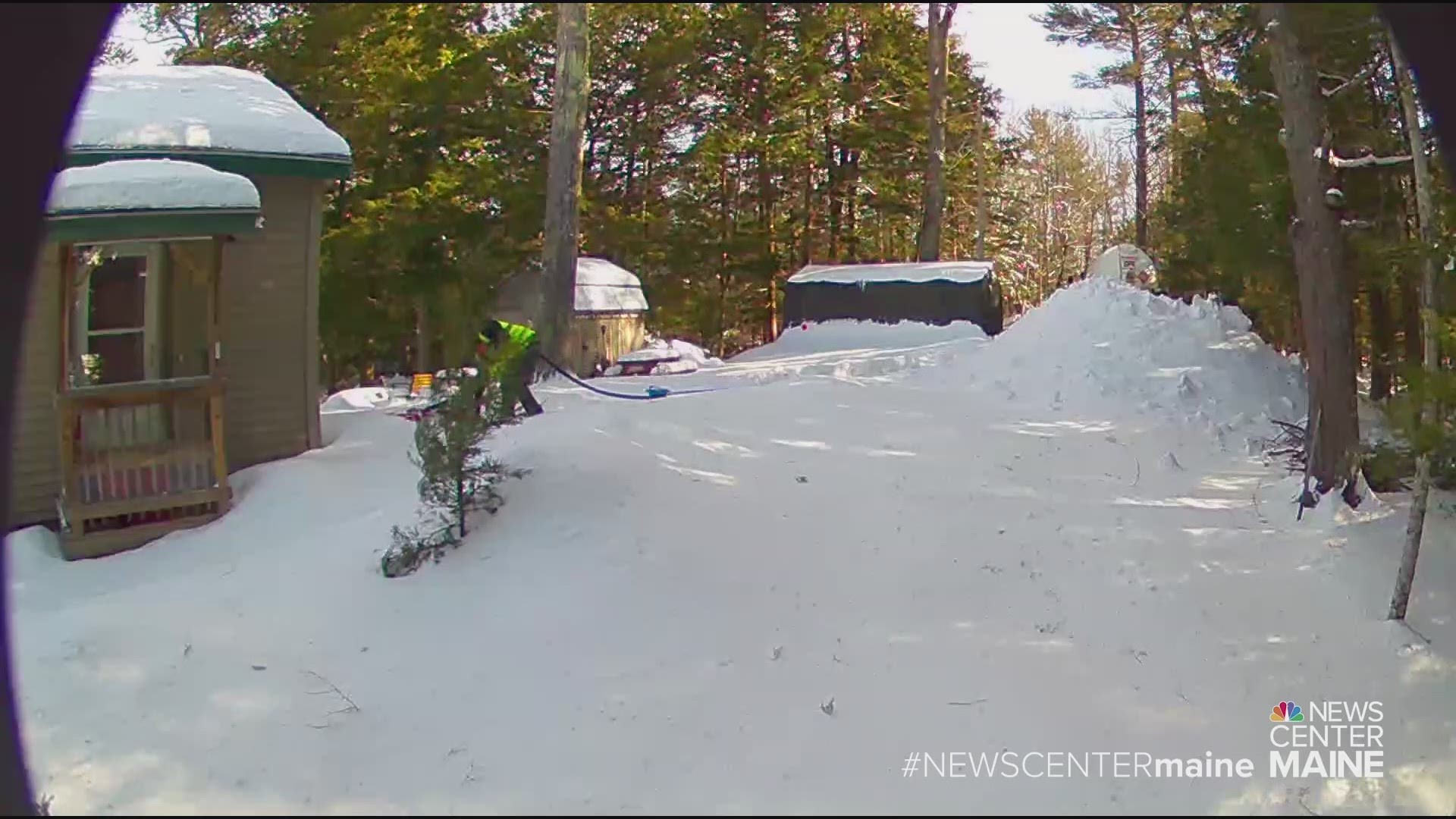 AUGUSTA, Maine — "It's patriotism, it's diversity, it's strength, commitment, and respect." That is what the American flag is through the eyes of a veteran.

"I was always an athlete so joining the marines just seemed kind of natural," Price said.

Price now lives in Augusta and the daily commute to his job is more than an hour. He was at work Wednesday when he saw something on his home security cameras through an app on his phone that crushed him.

"There my flag is laying on the ground," he said.

A gust of wind had knocked his American flag from its post.

"Your immediate reaction is, 'hey, I've got to pick it up and put it back up.'"

Price said what made matters worse was that it also happened to be the 75th anniversary of the Battle of Iwo Jima.

"Seeing it there, I actually saw it and it was on my mind for hours at work. I was a little bit tempted to ask my boss if I could ask my boss to go home,  just to put the flag back up."

But then, another activity alert went from the cameras to his phone.

"I see the delivery driver not only trudging through the snow to make the delivery but first of all picking up the flag, cleaning it off and putting it back in its mount."

The man, making a propane delivery for Dead River Company, can be seen placing the flag back in its post.

He then continues on to deliver the propane after completing a more important task he didn't expect, nor was required to do.

"This was an individual who had a job and that came actually second to him picking up that flag, showing respect to clean it, and him putting it back up and it really hit me right there," Price said while pointing to his heart. "As a Marine, as a veteran, as an American."

Price said he called Dead River to express his gratitude.

NEWS CENTER Maine was able to identify the Dead River employee however he was not available for an interview.