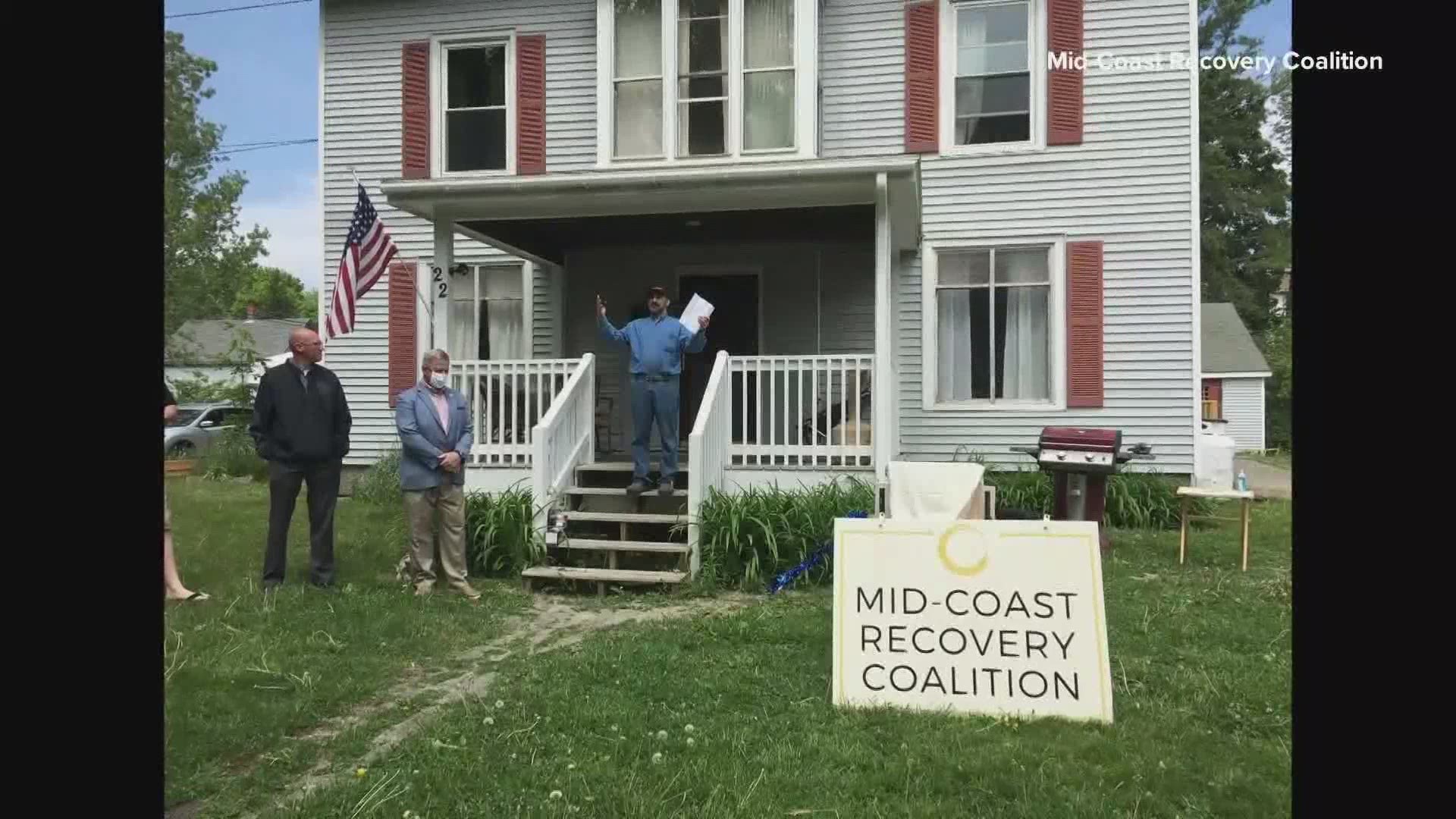 On Monday, January 11, the Mills administration released the Third Quarter Drug Overdose Report, which indicates the state has counted 380 drug overdose deaths so far in 2020, and that's just through the third quarter. That's the same number of people who died of drug-related deaths in total in 2019. The third quarter deaths in 2020 are up by about 24 percent, compared to the third quarter in 2019 -- of those, 348 were accidental, 23 were suicides, and nine were undetermined. More than 81 percent of deaths were caused by more than one drug, and 83 percent involved any opioid.

A new report indicates Maine could see a record high number of overdose deaths in 2020. I spoke with people on the frontlines about what it's been like during a pandemic -- and how mental health and addiction are connected. Details on @newscentermaine at 6 and 6:30 a.m. #wakeMEup pic.twitter.com/9ZxXzGuaMj

RELATED: Though down in 3rd quarter, 2020 total drug deaths expected to ‘significantly exceed’ those in 2019

The report indicates this increase is likely due in part to issues brought on by the coronavirus pandemic, like isolation, difficulty accessing medical services, and alterations in the drug supply. Courtney Evans is a clinical counselor for the narcotic treatment program at Northern Light Acadia Hospital. She says heroin isn't just heroin anymore -- it's often laced with fentanyl (50 to 100 times more potent than heroin) or sometimes carfentanil (an analog that's 100 times stronger than fentanyl).

Evans says the main course of action at Acadia is to get people into treatment, which can include medication-assisted treatment, individual and group therapy, and a program to help people learn coping and relapse prevention skills. Evan says an emphasis on mental health is essential.

"There's a significant correlation with mental health and substance use," Evans said. "What they're finding is that there's a significant amount of trauma that a lot of the individuals (who) have turned to substances have been through at some point in their lifetime. Trauma is...subjective."

Recovery centers and sober houses around the state have seen the effects of the pandemic first hand. Theresa Mastricolo is the supervising manager at the Mid-Coast Recovery Coalition's Women's Recovery Residence. She says they've been able to stay full (with a six to eight bed capacity) and have had successful releases this year -- but that has come with increased responsibility.

"I think it's safe to say that we really functioned as caseworkers to get people settled," Mastricolo expressed. She says they've had to work around some obstacles. Since the facility is small, Mastricolo and her team make it a priority to pick the "right people". They created in-house recovery meetings to combat the pandemic and have found ways to keep residents safe from COVID-19 -- but there have still been tough moments and big losses.

"This was our first year, 2020, that we had an overdose in a house, and we lost somebody," Mastricolo said tearfully.

The Third Quarter Drug Overdose Report indicates the Maine counties with the highest drug death rates at this point are Penobscot County (19 percent), Cumberland County (18 percent), and York County (15 percent). James Rickrode is the vice president of the seven Fresh Start Sober Living House locations in Penobscot County. He says this year has been challenging because of a lack of connection. Individual Fresh Start houses can hold in-person recovery meetings, but crossover can't happen because of the pandemic. Most other recovery centers in the area are remote -- and he says fewer options to connect with others in-person has been difficult for some people.

"We've seen a lot of people who normally make regular meetings daily -- and that's a huge staple to the recovery -- not make meetings," Rickrode said grimly.

As someone who has experienced addiction himself, Rickrode knows what hopelessness and desperation can feel like. It's why he says it's "disheartening" when he has to turn people away because the 50 or so beds in their houses are full. When it comes to suicide and other losses within the recovery community, Rickrode says there were "exponentially" more in 2020 than in years past.

"Especially since the weather's gotten cold through the holiday season, you know, I've seen an increase in suicide," Rickrode noted.

It's a reminder that every number has a name that should be remembered.

"If you can't remember to put a face on it and to humanize what's happening, then I don't think we're going to make the right decisions on how we can help prevent it," Mastricolo said.

If you're in need of help, you can call 211 Maine to find resources near you.

Evans says there's no waiting list for the narcotic treatment program at Acadia. You can call 207-973-6048 to get connected. Rickrode says Fresh Start is always accepting applications for new members looking for safe and affordable housing in a recovery residence setting. You can call 207-307-1292 or email jrick8978@outlook.com to learn more.